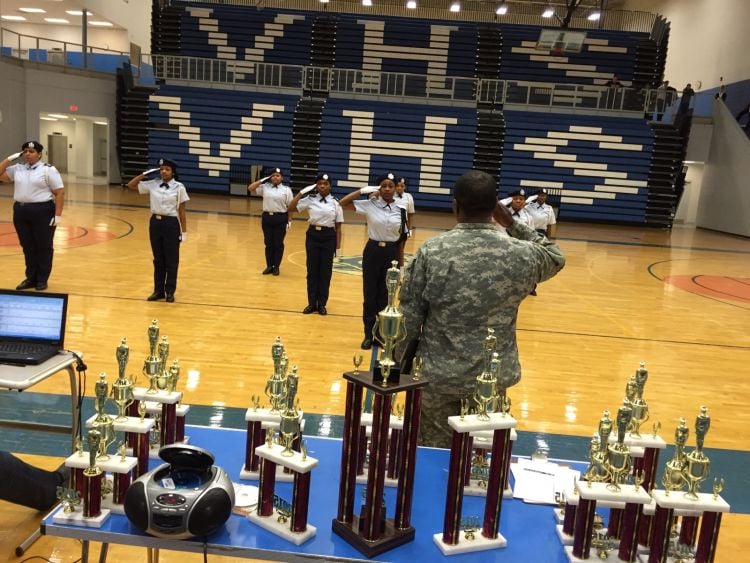 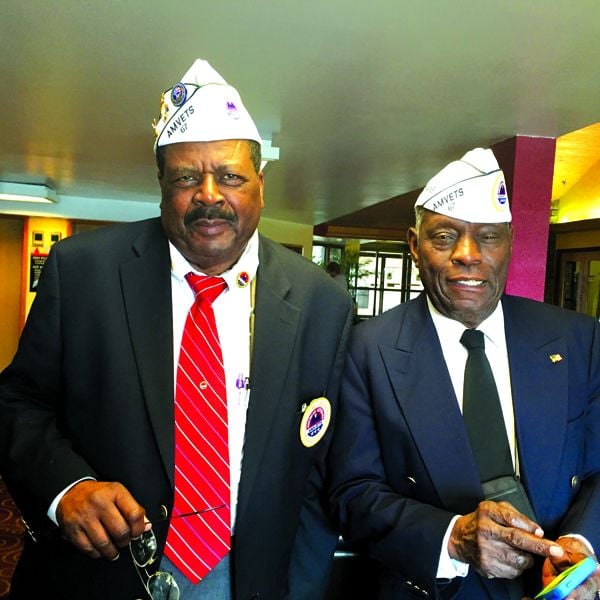 In a small, white, shotgun-style building tucked discreetly off Kingshighway Boulevard near Natural Bridge, a group of elderly veterans meets regularly. These are the men and women of Amvets Post #67. They have served in World War II, Korea, Vietnam and other far-away skirmishes. They meet to play cards, share war stories and discuss who’s still alive, who’s ailing, who’s spending their last days in convalescent homes.

AMVETS (American Veterans) was Congressionally chartered in 1947. There are chapters all over the world. At the end of World War II, the veteran’s club was established to provide camaraderie and service for returning vets and their families, who need help navigating the system – buying homes, accessing benefits, finding jobs.

The veterans at Post #67 may gather to comfort and support one another, but they also share two missions: getting the community to support local high school students and to acknowledge the service of local veterans.

One of the programs Post #67 members have supported for more than 55 years is the Junior Reserve Officer Training Corps (JROTC). On Saturday, February 25, the veterans want the community to come out in full force to support inner-city youth involved with JROTC’s annual Drill Team Competition at Vashon High School.

JROTC teaches character education, scholastic achievement and leadership and helps prepare students for careers in the military. “We try to get them prepared for life itself, which may or may not include the military,” said Lee Perry, public relations officer for Amvets Missouri.

“We have a lot of problems with our youth, but they’re not all out there causing problems,” Hartsfield said. “If you attend one of our programs, you’ll find kids who still say ‘yes, sir’ and ‘yes ma’am.’”

The military competition at Vashon on February 25 will include a series of routines based on military drill and ceremony. Generally referred to as "drill meets,” the rivalries are held all over the world. Top-performing high school teams earn the chance to compete in the National High School Drill Team Championships in Daytona Beach, Florida.

If people come out for the local drill competition, Hartsfield said, they will have the opportunity to pay homage to veterans in St. Louis who are still dedicated to serving their communities.

“We want the community to know there are black veterans who still serve without fanfare or recognition,” Hartsfeld said.

Amvets #67, the first integrated post in the state, was founded in 1960 at West Side Baptist Church in St. Louis. It was a time when African-American soldiers fighting tyranny overseas returned to the states, where Jim Crow laws and racial oppression stomped on their rights and the “freedoms” of those who shared their hue.

Missouri has the nation’s 15th-largest population of veterans and has more retirement homes than nearly all other states. The North St. Louis unit maintains regular visits to the Veterans Home on Lewis & Clark Boulevard in St. Louis County.

James McKay, commander of Amvets #67, said its members do their part to carry out the organization’s mission to perpetuate “the friendship and associations” of veterans and to “the cause of mutual assistance.”

“We help them and their families navigate the system by assisting them in getting their benefits and making sure their lives are less stressful,” McKay said.

AMVETS National Commander Jerry Hotop and a past national commander, Harold Chapman, are scheduled to attend the drill meet on February 25. Unit 67 members are working to have as many vets, especially elderly black retirees, attend the competition. Filling the bleachers would be a big boost for city kids doing their very best against great odds, Hartsfeld said, and give the community an opportunity to acknowledge the services of local vets.

“We need to recognize how much local veterans give back to communities,” Hartsfeld said. “In a time where our youth have very few heroes, the community needs to know the positive things veterans do each and every day.”

The Status Quo Failures of the STL 2030 Jobs Plan

Taking it to Alzheimer’s