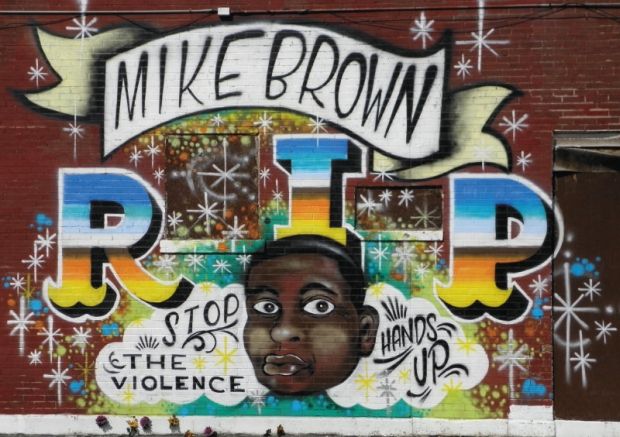 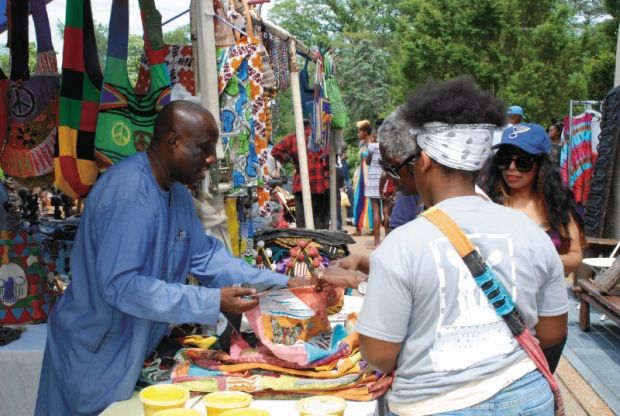 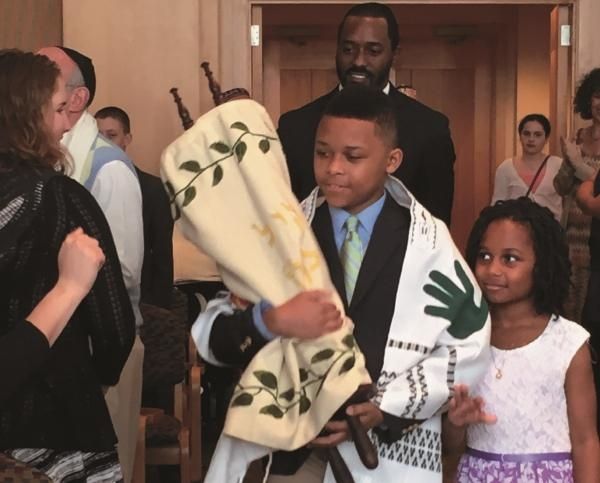 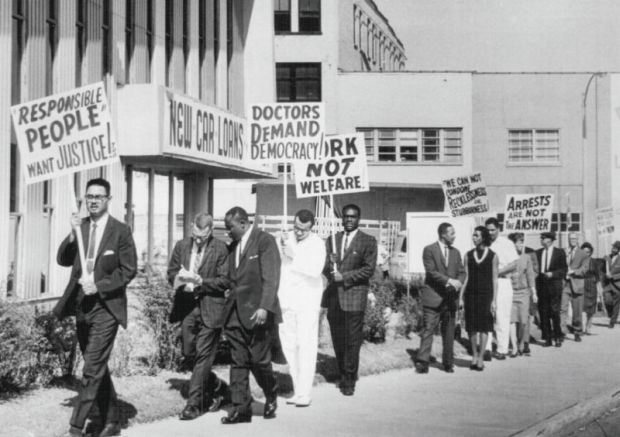 A 1963 photo of the Congress of Racial Equality demonstrating at the Jefferson Bank & Trust Company over the issue of jobs.

A 1963 photo of the Congress of Racial Equality demonstrating at the Jefferson Bank & Trust Company over the issue of jobs.

The author of a new book called “African American St. Louis” hopes images of the past will help people better understand the issues of today.

Lead author and educator John Wright Sr. grew up in St. Louis in the 1940s and '50s. His book, written in collaboration with his sons John Wright Jr. and Curtis Wright Sr., contains 170 color and black-and-white photos from the 1960s through the present.

Wright said many of the pictures are unique images you won’t see in museums, libraries, newspapers or online.

“What we find in the African-American community [is that] most of our history is in homes and in basements,” Wright said. “So generally, the pictures you get are from individuals or you go out and take them yourself.”

“African American St. Louis” explores a half-dozen topics, including abstract ideas such as "challenges" and "culture" and more concrete subjects, including housing and commerce.

Wright, 76, remembers when Taylor Avenue and what is now Martin Luther King Drive in North City boasted rows of shops and other businesses.

“As a result of that, the money stayed in the community several times before it left,” Wright said.

But now? “You have a neighborhood where there are no stores,” he said.

The book also features images of dilapidated homes. These include scenes that Wright described this way: “The roof is falling down, half the building’s gone,” he said.

Wright said these decayed areas are part of an environment that can ultimately result in oppression and even tragedy.

“These are the things that spark the Michael Brown incidents,” Wright said.

The book includes two images related to the shooting death of unarmed 18-year-old Michael Brown Jr. by a Ferguson police officer in August 2014. One is of mural dedicated to Brown, over a caption that reads: “The mantra ‘Hands Up, Don’t Shoot’ was echoed around the country and was adopted by celebrities as a sign of solidarity for change.”

Another shows demonstrators marching in downtown St. Louis in memory of Brown. One protest sign calls for “No More Killing.” Still, Wright said, “We didn’t dominate the book with Michael Brown.”

A photo adjacent to the protest image features a statue of “Justice” at the U.S. Court and Custom House at Tucker and Market Streets. Wright said while many such figures around the country are blindfolded, this one is not.

“It kind of points out in many cases justice has not been blind when dealing with African Americans in St. Louis.”

But not all the images are grim or even demonstrate the need for change. Many depict the progress and pride in St. Louis’ African-American community, including photos of black political leaders, business owners and everyday citizens.

Another is an atypical photo of a young African-American man. He's celebrating his bar mitzvah at Central Reform Congregation in the Central West End. The event marks his coming of age and devotion to Jewish laws and traditions.

Wright has written more than a dozen books about St. Louis and Missouri. His next project examines St. Louis' African-American history beginning with the arrival of the first Africans aboard slave ships.