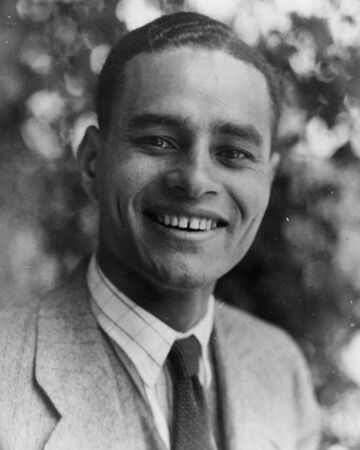 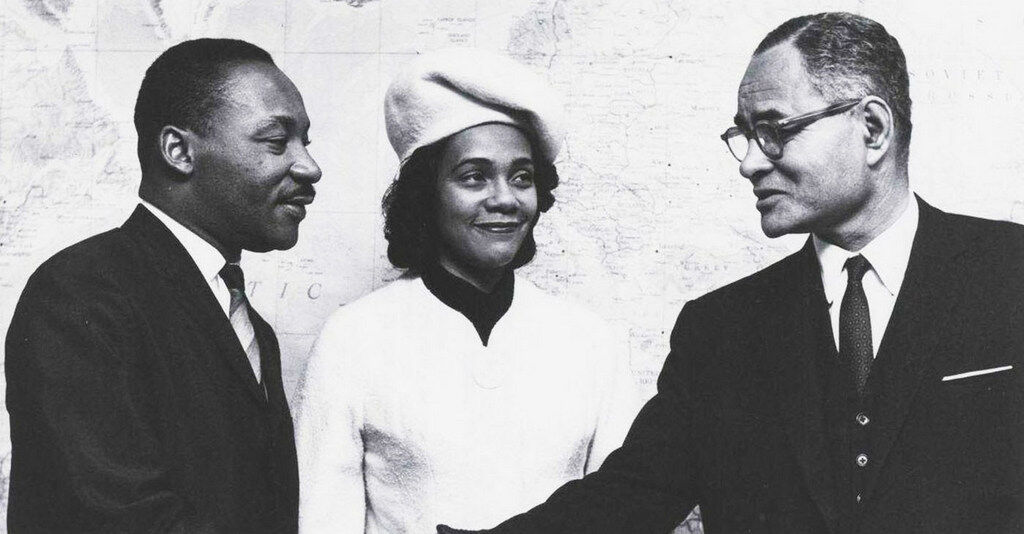 Dr. Ralph J. Bunche earned the moniker “a hero of U.S. Diplomacy,” in part for efforts that led to his becoming the first African American to win the Noble Peace Prize.

The scientist and diplomat earned the award for his role as United Nations Mediator in the 1949 peace settlement between Palestinians, Arabs, and Jews.

“The objective of any who sincerely believe in peace clearly must be to exhaust every honorable recourse in the effort to save the peace,” Dr. Bunche said after winning the prestigious honor on Dec. 10, 1950.

Born Aug. 7, 1904, in Detroit, Dr. Bunche’s father worked as a barber while his mother was a musician. Dr. Bunche spent parts of his childhood in New Mexico and in Los Angeles.

With parents of different races, Bunche credited his grandmother with teaching him how to respond and deal with racism.

“I recall most vividly high school graduation exercises. After the exercises were completed, the principal of the school came up to me, thinking to be kind,” Bunche remarked in a 1955 address to the NAACP.

“He congratulated me on my graduation. Then he said to me in a most friendly way: ‘We’re sorry to lose you, Ralph. You know we have never thought of you as a Negro here.’ This struck me immediately, but I, at that time, did not know just what to reply,” Bunche continued.

“I would today, but one of the reasons I would know what to reply today was because I was reared by a grandmother who always knew what to reply in such situations. She happened to be standing beside me when Mr. Fulton, the principal, said this to me.

“She gave Mr. Fulton an education in racial pride and pride of origin, which I am sure he never forgot. She did it in the most polite but in a very firm and pointed way, and when it was over, we both got a very profound apology from him.”

A valedictorian at UCLA in 1927, Bunche earned a master’s in political science in 1928 and a Ph.D. in government and international relations in 1934 from Harvard University.

He founded and taught classes in the Political Science Department at Howard University in Northwest, Washington, D.C.

He helped form the United Nations in 1945 and, in 1948, he mediated the hostile ArabIsraeli conflict that led to his Nobel Prize. Later, Dr. Bunche served as Undersecretary-General for Special Political Affairs at the United Nations.

After winning the Nobel Prize, Bunche remained active stateside in the fight for civil rights.

He also reflected on the plight of Black people in America.

“Like every Negro in America, I’ve suffered many disillusioning experiences. Inevitably, I’ve become allergic to prejudice,” Bunche said in 1950.

“On the other hand, from my earliest years, I was taught the virtue of tolerance; militancy in fighting for rights – but not bitterness. And as a social scientist, I’ve always cultivated a coolness of temper, an attitude of objectivity when dealing with human sensitivities and irrationalities…”

President Lyndon B. Johnson awarded Bunche the Presidential Medal of Freedom in 1963.