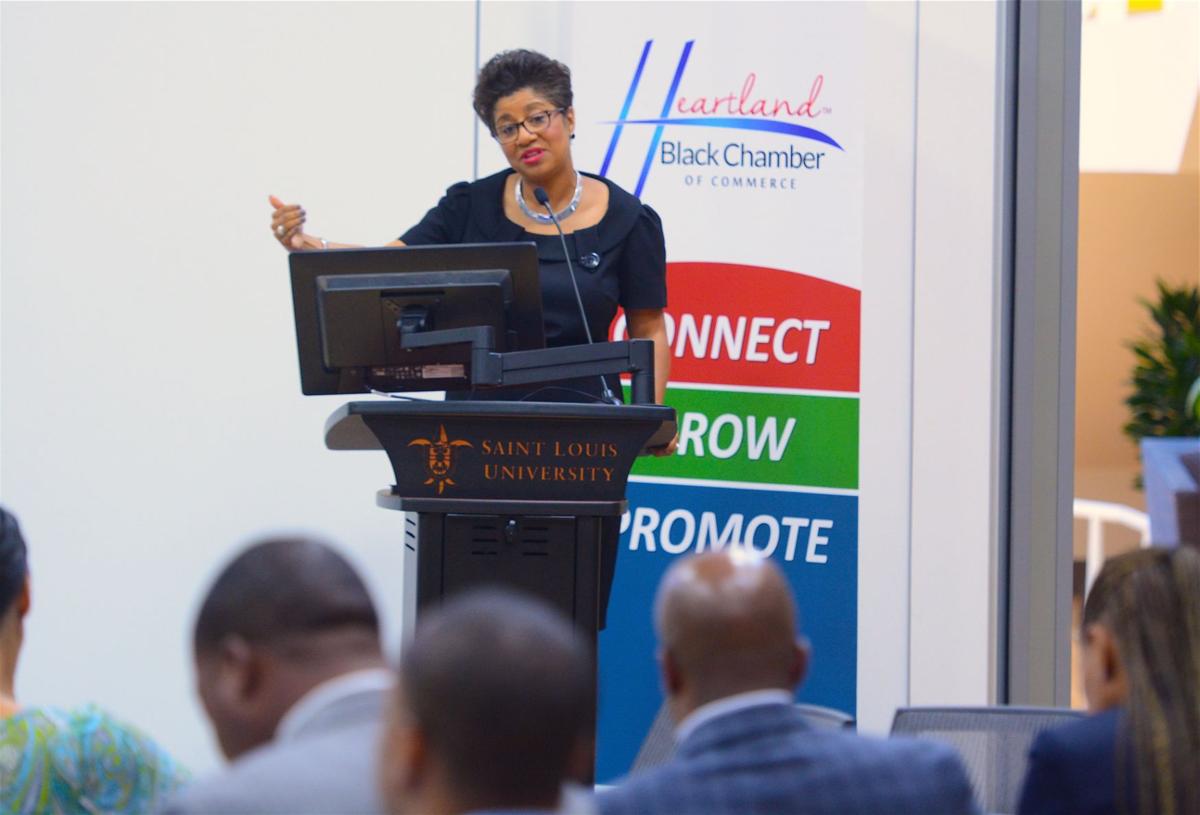 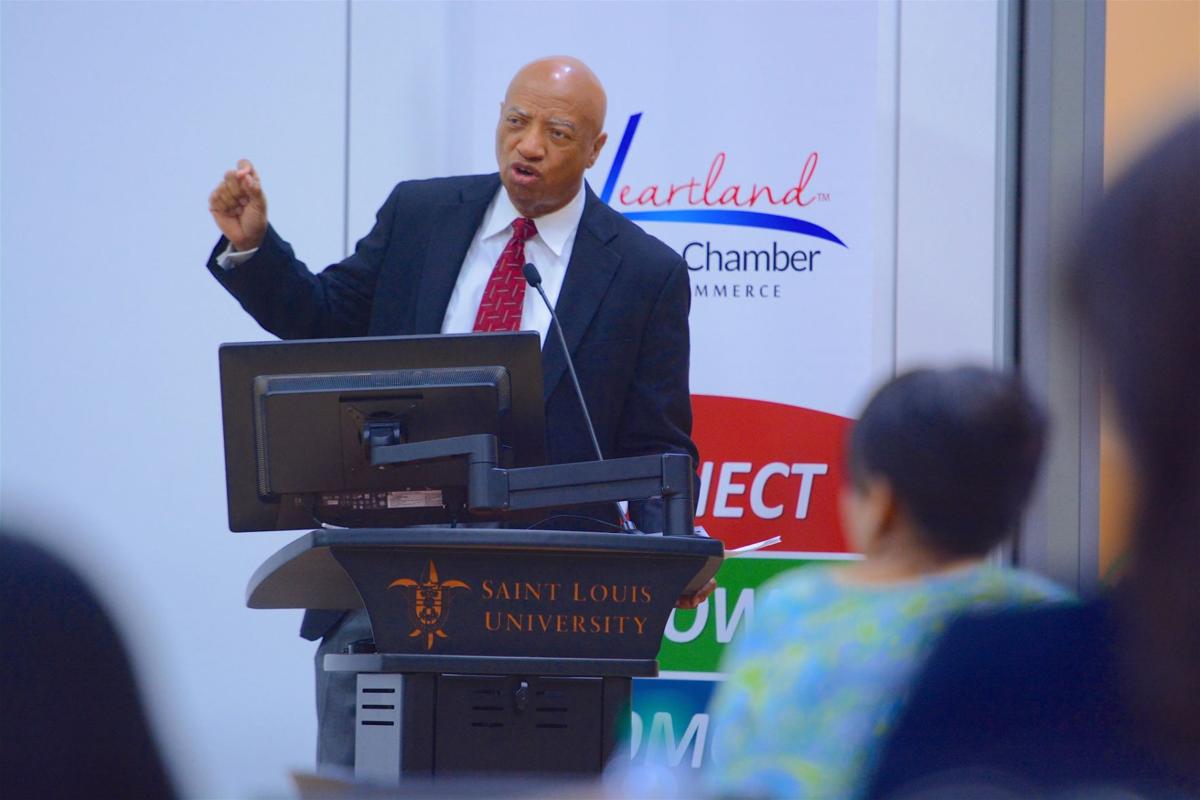 About 75 black business owners and community leaders celebrated the launching of a local branch of the U.S. Black Chamber of Commerce at an event held at Saint Louis University on Monday, June 13.

Jeffrey was pointing to the fact that there are currently a few other regional organizations that provide services for minority businesses, including the St. Louis Minority Business Council and the Mid-States Minority Supplier Development Council.

“We want something that speaks to African-American business owners, and not just minorities overall,” she said.  “They can walk in tangent, and we can be a good support.”

After Ferguson, the U.S. Black Chamber established a foundation for businesses near “Ground Zero” that were unable to operate in the ongoing unrest. Then they reached out to Jeffrey about opening a local chamber.

The chamber’s programs include business employment services and training, assisting in business development and microlending, among others.

One person at the event asked if the local chamber will be working in collaboration or in competition with the other minority business organizations.

Christal Watson, president of the Heartland Black Chamber, said that they want to collaborate.

“What is the black business agenda in St. Louis?” she said. “There needs to be a conversation about what our roles are and what services each of those organizations deliver. There is a role each of us play, and we just need to be more specific about it.”

Otis Williams, executive director of the St. Louis Business Development Council, said he applauds many of the services that the chamber officers and any efforts to “get the minority community into the working environment.”

Mike Jones, former senior policy advisor for County Executive Charlie Dooley (and current member of The St. Louis American editorial board and the State Board of Education), said the chamber’s launch is an important step for black business leaders.

“The laws of that universe apply to the big and the small,” he said. “You will never develop without effective political instruments.”