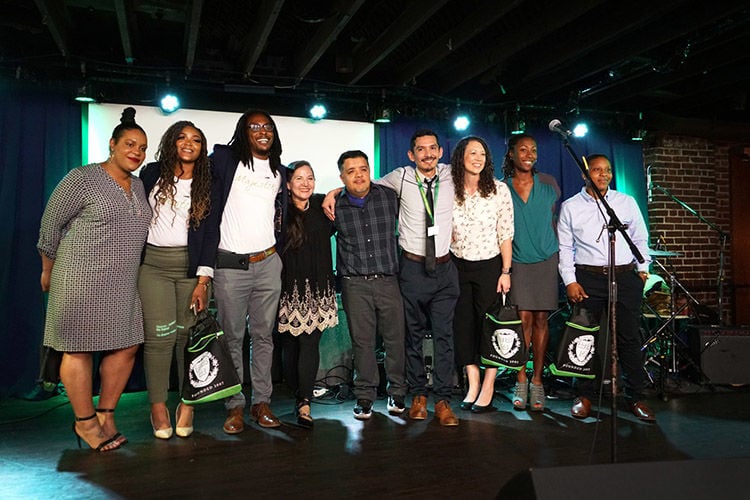 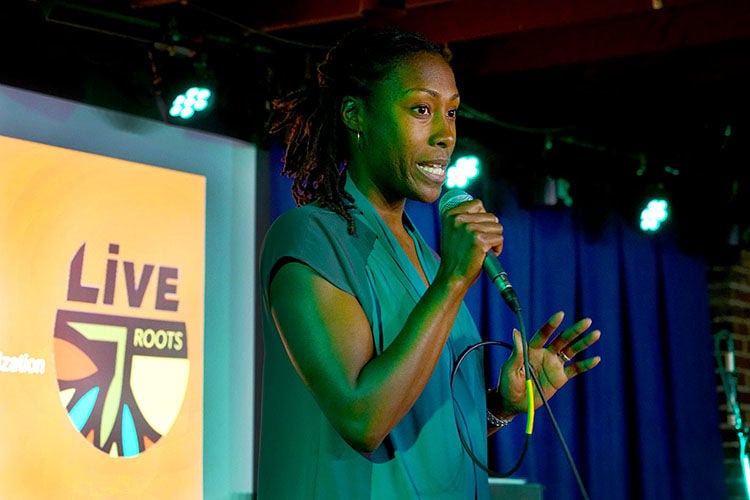 Anyone interested in doing business in Missouri’s new medical marijuana sector “is going to have to have a significant investment that’s nonrefundable,” said entrepreneur Tiffany Brewer. “People of color find that is a barrier.”

Missouri’s medical marijuana boom is near.

On Tuesday, June 4, Missouri rolled out its regulations for people to apply to cultivate, dispense and manufacture medical marijuana. But, those applications come with hefty price tags. To apply to become a dispensary or manufacturer, it costs $6,000 and to cultivate it costs $10,000. That means that these companies need to have capital ready to go — because few banks are giving out loans in this industry yet, business owners said.

“Anyone interested is going to have to have a significant investment that’s nonrefundable,” said Tiffany Brewer, the small-business owner of JoJo’s Juice Bar. “People of color find that is a barrier.”

Brewer and her team will be applying to open a dispensary and center called Live Roots, which would also offer community services. On May 19, Brewer won one of three awards at Ignite, Missouri’s first cannabis entrepreneurs pitch competition, where more than $9,000 in cash and business services went to the winning teams.

There’s an “overwhelming number of minorities” who are interested in getting a piece of the cannabis economic boom in Missouri, Brewer said. However, instead of applying for a license, they will most likely end up going the “ancillary route,” such as transporting and other supporting business endeavors, she said, because of the hard vetting process and the requirements that the state has put in place for applications.

All three of the winners of the Ignite competition were African-American women based in North St. Louis County, who plan on applying to open dispensaries.

Nine teams pitched their ideas, and about 80 percent of the 50 participants were African-American.

The competition – and the bootcamp before it – was organized by Florissant native Sarah Ceti and her husband Zeta, who own Green Rush Consulting. The couple, who is based in Oakland, California, helps people land cannabis licenses across the country.

Sarah realized that nothing was being done in Missouri to ensure that some of the limited number of available cannabis licenses will go to minority business owners.

“I have deep roots in St. Louis and have an invested passion in ensuring that the cannabis movement is well representative of the community that has been most impacted by it,” she said.

The Ferguson unrest was a big part of the couple’s decision to hold the Ignite competition, she said. Five years ago, Sarah’s mother died from a rare form of cancer, and she helped wean her mother off of opioids with medical marijuana. Her mother died two days before Michael Brown  was shot and killed by a Ferguson Police officer on August 9, 2014, igniting a national movement challenging racial inequities in policing. Her mother’s funeral was held at her family’s church in Ferguson, very close to the Ferguson Police Department where protestors had gathered that day. Her mother was a faith leader who fought for racial and gender equality.

“This really is a full-circle event for me and my family and hopefully making positive social change within the communities,” she said, and one that honors her mother’s legacy at the same time.

The cannabis industry is predominantly dominated by white males, she said, but she believes there is enough opportunity to create “economic justice for our communities who have really struggled because of systemic racism.”

While the application requirements rolled out this week, the Missouri Department of Health and Senior Services won’t begin accepting applications for cultivation, manufacturing, and dispensing facilities until August 3. The state anticipates medical marijuana being available for purchase as early as January 2020, according to the state website.

If minorities are looking to get into this industry, Sarah recommends connecting with Minorities for Medical Marijuana and Oaksterdam University, who led the bootcamp prior to the pitch competition.

“The largest challenge is the financial challenge,” Sarah said, “and that’s why we did the pitch event. We wanted to connect the people who have the skills and the expertise with the people who have the capital. They are some differing demographics in those groups. It was an intentional action towards creating that ideal economy where everyone has a piece of the pie.”

Coming up this month, The St. Louis American will feature articles about the three winners of the Ignite pitch competition.