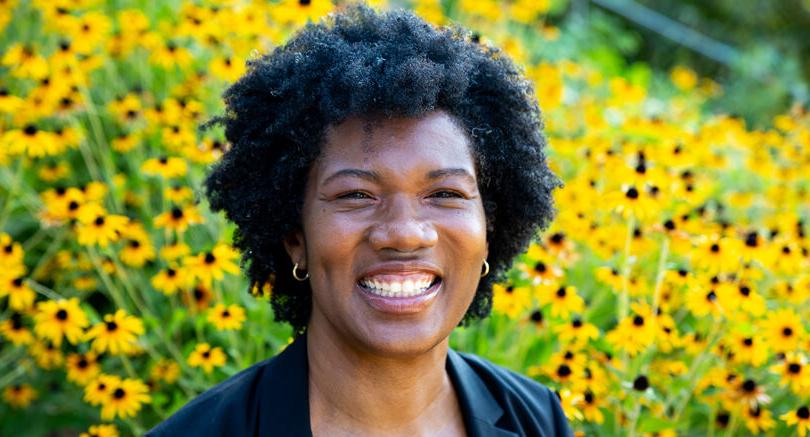 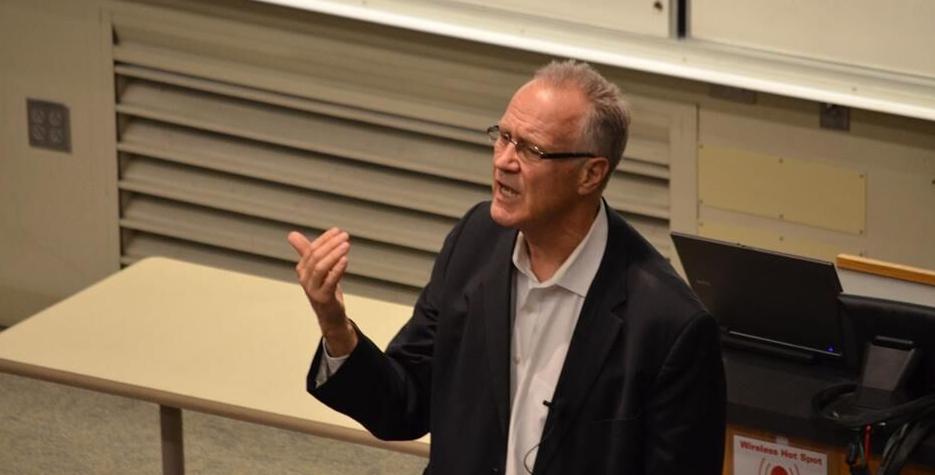 Todd Swanstrom, a professor of community collaboration and public policy 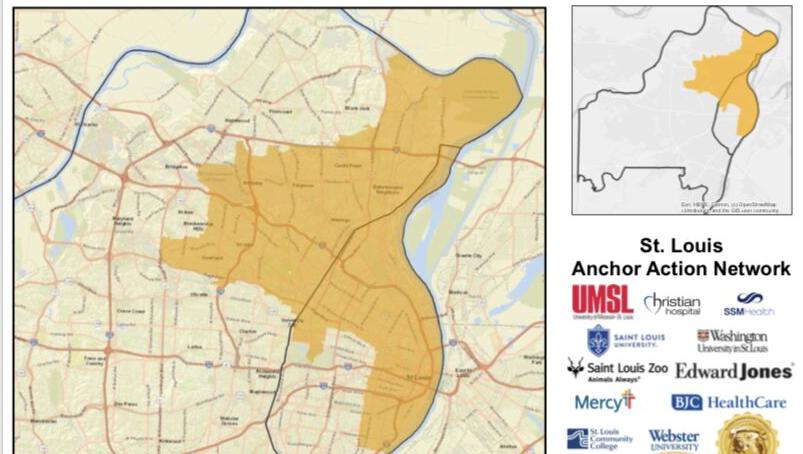 For Stefani Weeden-Smith, a just-announced push to boost employment and spending in a low-income stretch of northern St. Louis County and city is personal.

“I'm a native St. Louisan, Weeden-Smith, the newly minted director of the recently formed St. Louis Anchor Action Network, said. “I grew up in Ferguson, Missouri. So, it's a very personal story for me to be able to come full circle and to be able to give back to this community.”

The network, made up mostly of area academic and health care institutions, aims to rewrite statistics brought on by years of disinvestment in 22 local zip codes covering communities including Ferguson and Jennings and in St. Louis neighborhoods including Penrose, O’Fallon, and The Ville.

“These stark inequities do not only hold back individuals and families living in this geography, they hold back the entire region.” – St. Louis Anchor Action Network

The network aims to increase employment, income, and wealth in the focus area to address racial, economic, and other inequities in the broader region.

The announcement comes as governments and business leaders nationwide confront yawning racial gaps in everything from health care to healthy food access – disparities highlighted by the COVID-19 pandemic and by protests over inequalities in the criminal justice system.

In the focus area, 24% of the population lives below the federalpoverty threshold of $12,880 compared with 11% in the broader region, according to a report released by the network.

The area – which includes about 300,000 residents or about 24% of the city/county population – is 70% Black and is home to at least half of the region’s unemployed Black residents.

“These stark inequities do not only hold back individuals and families living in this geography. They hold back the entire region,” according to the report. “We can and must build shared economic prosperity and improve the quality of life in all communities in order to build a stronger St. Louis region.”

Todd Swanstrom is a professor of community collaboration and public policy administration with network member University of Missouri – St. Louis.

He cited research showing the greater the economic gap between American central cities and their  suburbs, even when “you control for a whole bunch of other factors, … the slower the rate of growth of the region as a whole.”

He also noted negative publicity about a small area, as was seen during the protests following the police slaying of Michael Brown, can hamper the growth of the overall region if companies thinking of moving here are turned off.

“It damages the reputation of the region,” Swanstrom said. “I think it makes the region less attractive to young people who are looking for a modern economy or looking for diverse and exciting cities where they can pursue their careers. They're going to be less likely to come to St. Louis if they feel like this is a place that's deeply segregated and unequal.”

Weeden-Smith said many specific goals for the network, which is looking to add more members, have yet to be determined.

Broadly, in a news release the network listed goals of increasing the number of residents, especially Black and brown residents, in the focus area who network members hire, having more residents employed with network members attain higher wages through career development and promotion, and increasing spending within the target area, especially with Black and brown-owned businesses.

Some of the jobs exist but may not be a match for residents due to distance, especially for those relying on public transportation or education and skills set, Swanstrom said, who worked on the initial research for the network.

The formal work of the network, which began as informal conversations in 2019, will begin with data gathering to create a benchmark.

“We are seeking to assess the number of employees and the sum of [their] wages … broken down by race and ethnicity in the footprint,” Weeden-Smith said.

Armed with $400,000 from the Missouri Foundation for Health, researchers also will try to determine how much money is being spent with Black and brown-owned businesses in the target area, according to the network report. Data totals will be shared with the community.

The study will include a bit of self-reflection for the 11 network members, which, besides UMSL includes Washington University, Harris-Stowe State University, Edward Jones, BJC Healthcare and the St. Louis Zoo, according to Weeden-Smith.

At least seven members are in the focus area.

“We really are working towards a measured accountability,” Weeden-Smith said. “Really taking those looks at their organizations, …really looking at where they are and, you know, hopefully, to continue to get to a place that does show more diversity. Some places may already be closer to that than others. And so, we want to have some mechanism [in which individual network members] are able to be accountable for themselves and to the community.”

In the early research phase, the local network has looked to anchor-led networks in other cities that also are working to address racial inequalities.

At the end of its first three years, BLocal, a collaboration of 28 anchor institutions and corporations in Baltimore, reported spending more than $280 million for purchasing or construction contracts with local and minority vendors and hiring an additional 1,700 Baltimore residents, the local network report said.

Locally the target zip codes are: