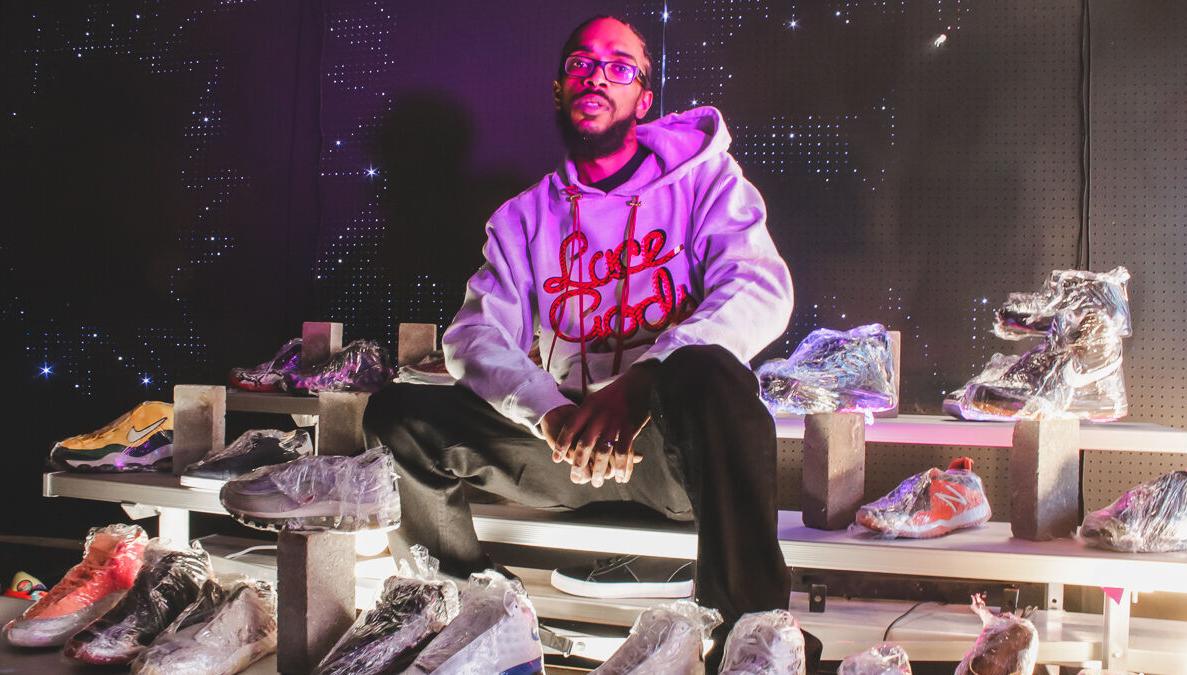 Karl Lewis showcases his Lace Gods sneakers at  Aaron Fowler's N2EXISTENCE exhibition with The Luminary and STLMade at 2834 Cherokee St. 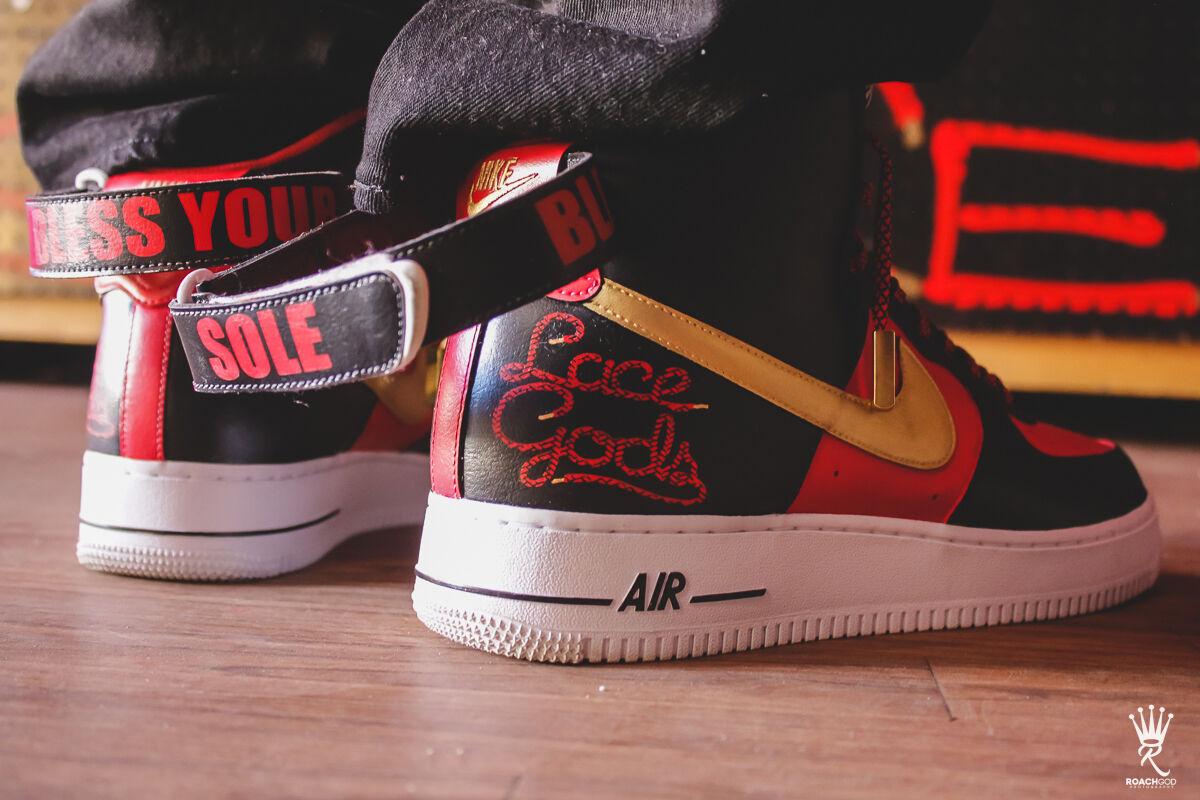 Sneaker culture is more popular than ever, and St. Louis entrepreneur Karl Lewis' Lace Gods brand has opened a sneaker museum on Cherokee Street as a part of Aaron Fowler's ongoing N2EXISTENCE project with The Luminary, in collaboration with the STLMade movement.

Lace Gods is a sneaker brand that produces custom street wear, specialized sneaker paint jobs and accessories. The month-long shop, running through Feb. 22, will feature pop-ups with other sneaker artists and aficionados such as Brock Seals and R.Lamar, and will sell sneakers on consignment as well as offer sneaker cleaning.

Lewis is inviting these artists to paint original designs on the exterior of the shoes and is selling limited-edition sneakers that are difficult to find elsewhere, such as vintage Nike Air Jordans and other vintage designs. Lace Gods also produced a line of custom apparel for the brand that is available in the shop.

"I have always had a passion for storytelling. I love to write in all forms. I self published a poetry book, Dreams & Schemes: America Behind The Scenes, and I’ve recently been working alongside my cousin on his autobiography," Lewis said.

"He was born with one arm and is still an extraordinary athlete. I come from a big sports family. Shoes are where I combine my love for sports and storytelling."

Lewis previously worked as an assistant manager at Kid’s Locker in the Saint Louis Galleria and served a vital role in the beginning of The Nike Factory Store at the St. Louis Premium Outlets in Chesterfield.

N2EXISTENCE is a project of The Luminary by yearlong artist in residence, Aaron Fowler, and made possible by STLMade.

The Cherokee Street shared storefront is the first part of the artist’s largest series of projects to date and the first solo presentation in his hometown. Fowler is picking up the practice of speaking a new future into existence, as an aspiration of hope, for himself, his family and his city.

The storefront is a space in which a growing group of participants from around the region can present their work to the public and collaborate directly with the artist to create new works to share. For Fowler, N2EXISTENCE is "a movement to create cultural change, inspiring people to use their passions to manifest new realities of freedom.”

Foundational to Fowler and The Luminary’s vision is the belief that art is not just a voice of its time, but also a means of building new futures. This project reflects the ambitions of the STLMade movement to deepen conversations on the St. Louis region’s collective future and collaboration as a key theme in moving the region forward.

"Aaron Fowler's new project, N2EXISTENCE, is a haven, and a heaven, in the heart of St. Louis. N2EXISTENCE is a portal: a world in which dreams are made manifest and everything glows, despite the darkness," said Monique Mitchell, Fowler's friend and collaborator.

Lace Gods is open from 11 a.m. to 7 p.m. daily through Feb. 22 at 2834 Cherokee St. in the N2EXISTENCE storefront. The final project at N2EXTISTENCE will open with Tyrell Bronner, a.k.a. Art By Rell, on Feb. 28. Aaron Fowler's exhibition at The Luminary will run from March 6 through May 1.