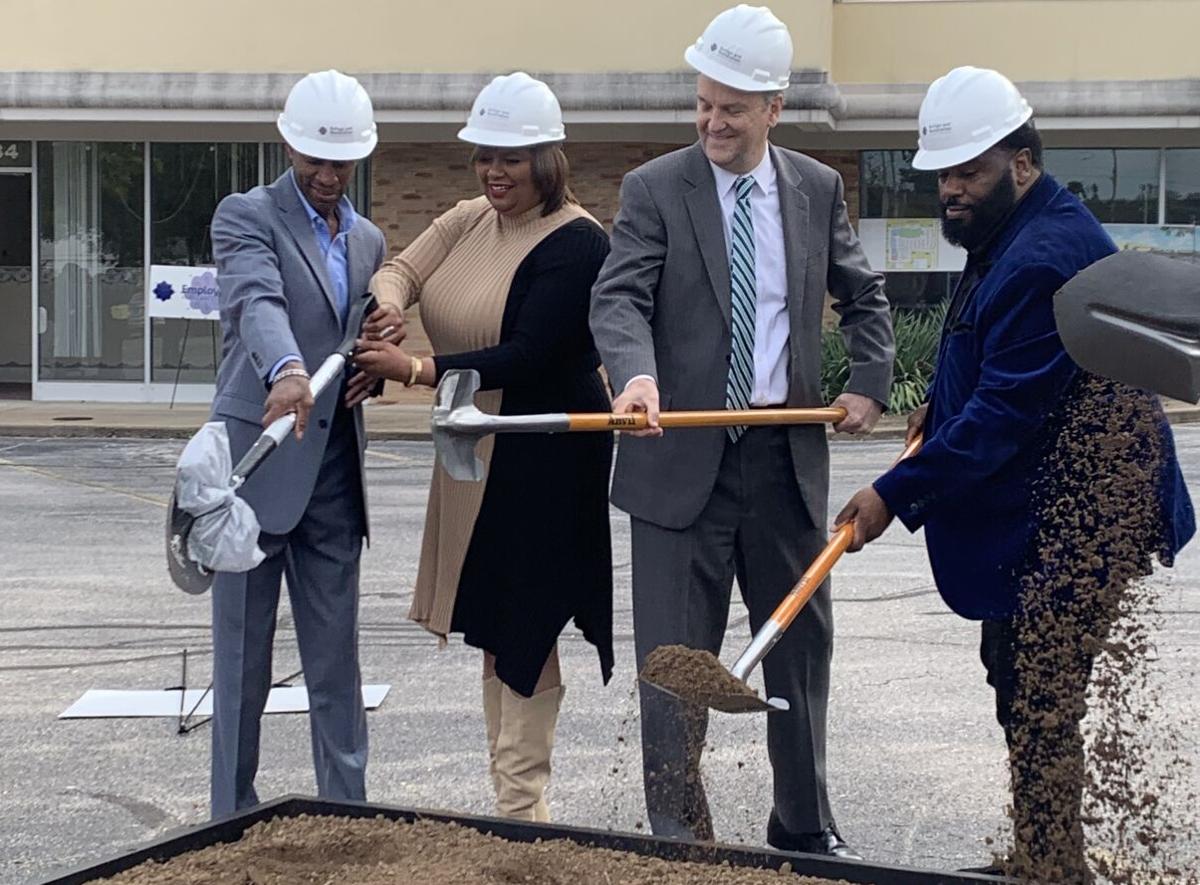 Pastors Ken and Beverly Jenkins, who run the Refuge and Restoration nonprofit, break ground Tuesday, Oct. 19, 2021 at the future site of the R&R Marketplace. 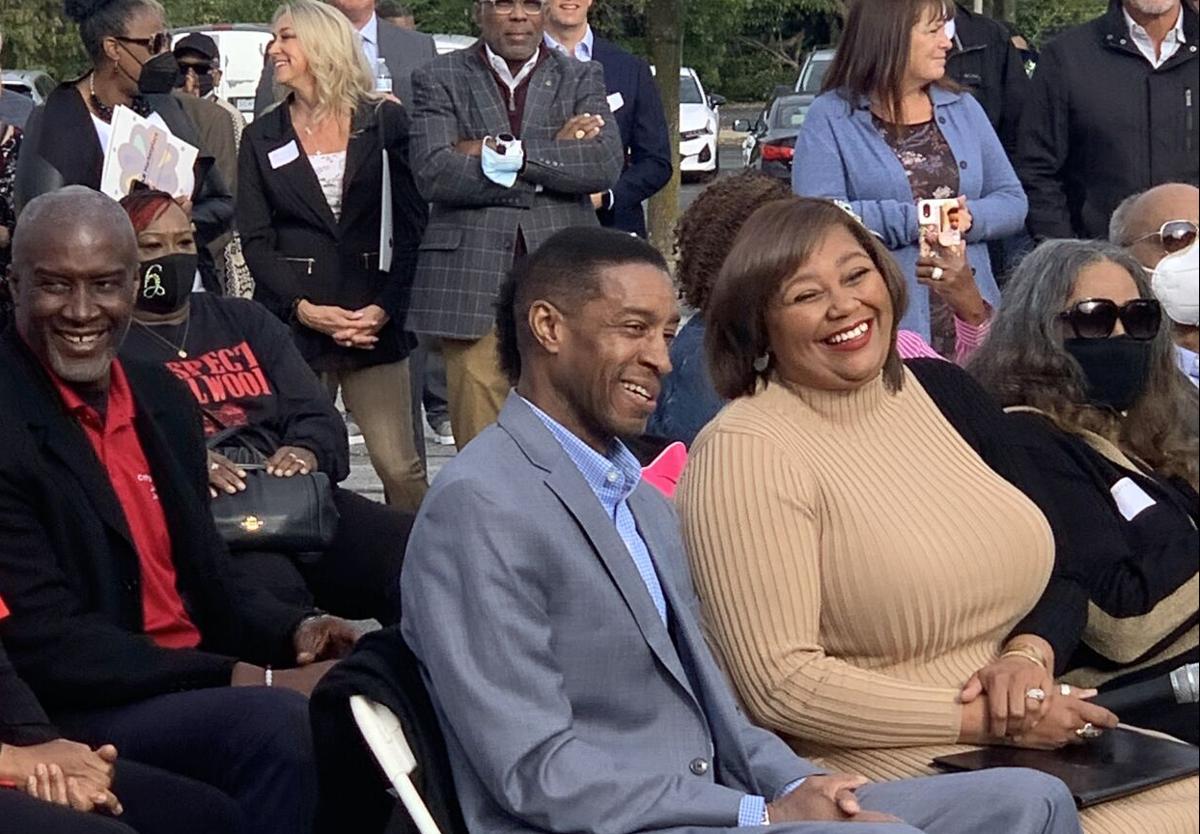 Pastors Ken and Beverly Jenkins, who run the Refuge and Restoration nonprofit, break ground Tuesday, Oct. 19, 2021 at the future site of the R&R Marketplace.

For married pastors Ken and Beverly Jenkins, the road to rehab winds past streets once aflame with rage following the police slaying of Michael Brown in nearby Ferguson, past a thrift shop and chicken joints.

It ends at a life-sized emblem of retail disinvestment --  Springwood Plaza, formerly anchored by Schnucks.

“It's really about equity, equitable access, that we have the same opportunities here in North County, as you have anywhere.” – Pastor Ken Jenkins, Refuge and Restoration nonprofit

Estimated to cost more than $16 million, much of which has yet to be raised, the couple, who double as co-pastors of Refuge and Restoration church, described the development as the largest project in the nonprofit’s history. It also counts as the largest private investment in Dellwood's history, mayor Reggie Jones said.

By mid-2023, more than 15 years after Schnucks packed up and moved about two miles away, the nearly 90,000 square foot center on West Florissant Avenue is expected to be the site of more than 100 jobs. The Jenkins want to see the long-empty storefronts morph into an early childhood center, a workforce development center, innovation center, health center, bank, restaurant and later into a church home for the 300 or so members of the Jenkins’ flock.

The couple’s seven-year trek to get their vision off paper and onto the ground has been marked by potholes and man-made roadblocks. It traveled forward via their faith and the ability to see things that aren’t there.

“When you look at our community, and it was [revealed] a little bit during the Ferguson unrest and uncovered even more during COVID, we lack access to a lot of just basic services,"  Ken Jenkins said in an interview with The St. Louis American.  "For instance, if you live in North County, there are very few primary care physicians. Most people in our community go to urgent care, to the emergency room, to the hospital. We lack banks…so you have a banking desert, and we have payday loans on [nearly] every other block. We have very few choices for grocery stores.

“So it's really about equity, equitable access,” he said, explaining the couple’s “God vision” for the project, ”that we have the same opportunities here in North County, as you have anywhere.”

Jones, who’s been mayor of Dellwood since 2013, called the development “a big step [in the] continuing march toward rebuilding the city,” after protesters took their anger over Brown’s 2014 shooting death out on storefronts along Florissant.

The nonprofit purchased the center Sept. 27 for $3.5 million from RMS Properties, based in suburban Chicago. The sale came at least four years after the Jenkins offered $2.5 million for the largely vacant center, according to documents reviewed by The American

The Jenkins said having to increase the offer was disappointing and somewhat surprising. One broker told The American he had been having difficulty renting out the property, with its 46,558 square-foot core

In a 2017 email, an executive with commercial real estate firm Hillikercorp said “their unofficial asking price is $2.5M,” but he added, “I’m very skeptical that’s anywhere close to reasonable.

Daniel Shoffet, a representative of RMS, said he was “not going to go on the record” to discuss the sale and hung up.

Ken Jenkins, who serves as chairman of the nonprofit, said he feels there’s a broader issue at play.

"We began to see that there's a civil rights issue," said Jenkins. "Property in our community is often overpriced. Even if you got a 90% loan from the bank, you still can't get it. So, in essence, our community is locked out of ownership … in the community.”