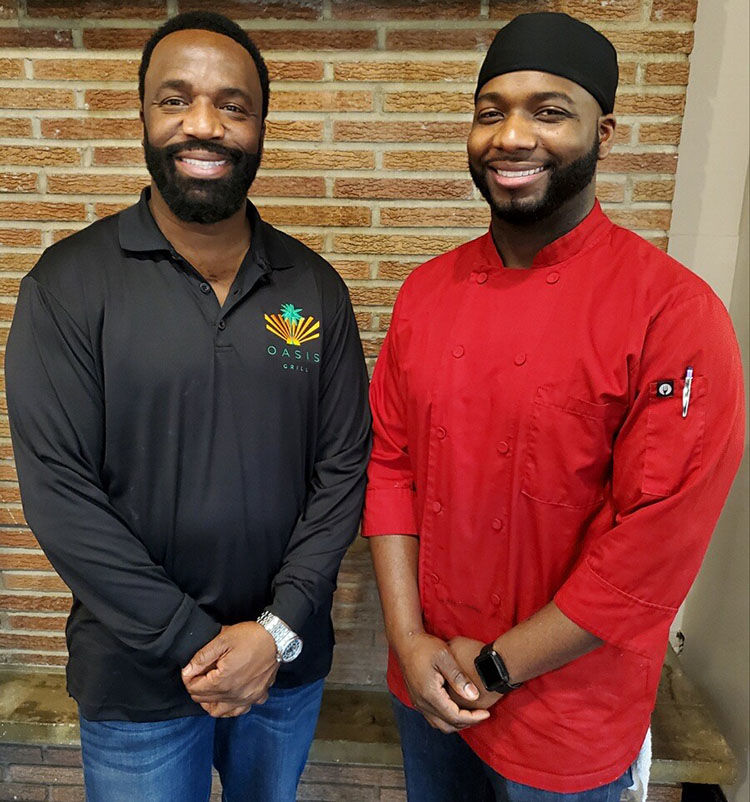 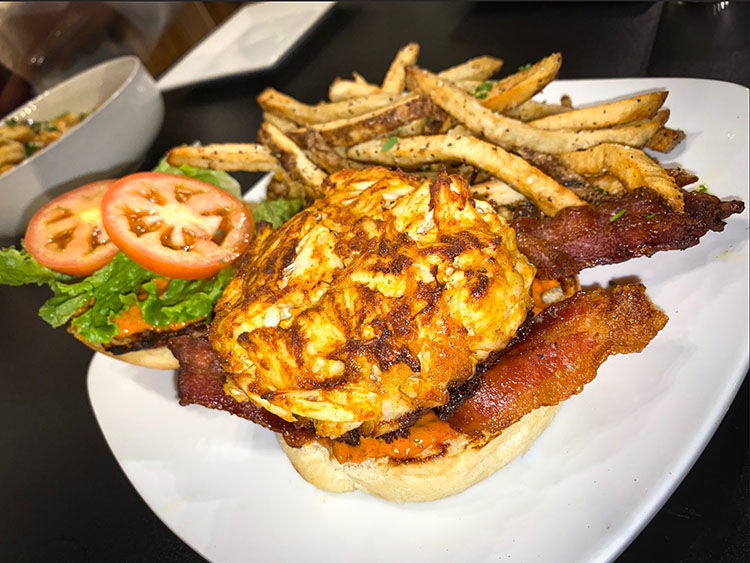 Oasis Crabcake BLT is a signature dish and delectable twist on two classics. 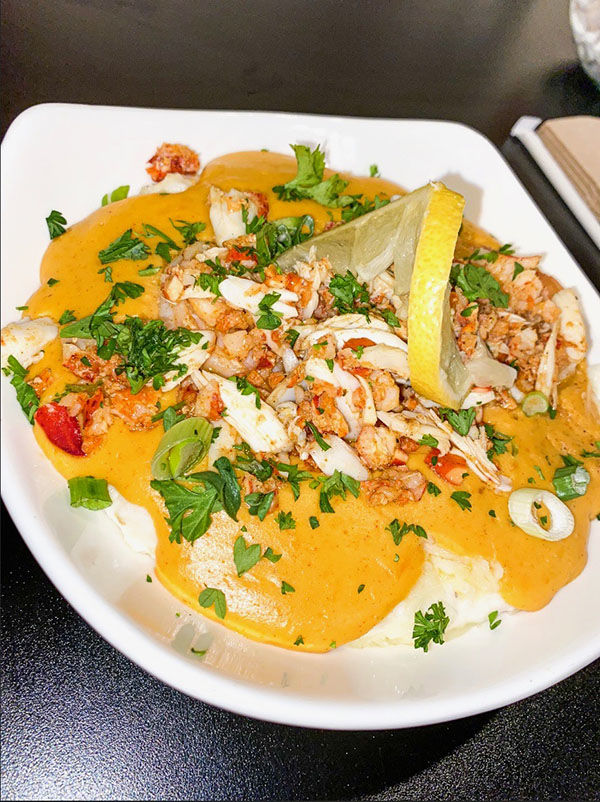 Oasis Seafood Grits is one of the restaurant's signature dishes and a patron favorite.

“It's kind of amazing,” Fuller said. “It's scary at times, you know? I'm extremely thankful. Had it not been for President Obama, I'd still be there right now.”

After 10 years of trial and appeals, in 2014 he received a letter from a lawyer with the U.S. Department of Justice saying he was a good candidate for clemency. “I didn’t respond right away,” he said, “because I was kinda beaten already, honestly.”

After several more letters from the DOJ, Fuller decided to take the chance. He completed the four-page application and sent it back. A year later, everything changed.

On November 4, 2016, President Barack Obama commuted Fuller’s sentence, granting him clemency. On December 6, 2016, Fuller came home. He completed 400-plus hours of community service and completed a program to fulfill his last 10 years of supervised release, which meant he was totally free as of March 2018.

“I don’t care if I lose my wallet, all my credit cards and someone stole everything I had, what I’d say to myself is, ‘You’re still supposed to be in jail.’ That removes any type of anger or hostility that I might come across,” he said. “I’m overly blessed because there were so many people who didn’t get what I got.”

Part of making the most of his second chance has been establishing Oasis Grill, located at 8736 Goodfellow Blvd., with dishes that include Seafood Grits, Crabcake BLT, Lobstertail Rockefeller and Cajun Pasta.

“Cooking and serving people is what I like,” he said. “I've experienced a few other businesses, and there were none that I really liked personally. But this here, I actually enjoy. I was like, ‘Well, if I'm going to work the rest of my life, then let me do something I love.’”

He said he took a chance by going upscale on the North Side.

“What I wanted to offer was expensive and pricey, and I'm kind of in the hood. So, I was like, ‘Man, are people going to pay that?’ And they have,” he said.

“The thing that sold me on it was that when I go to nice places, like Capital Grille and Ruth’s Chris, I look around, and I see us there. So, I know that we will patronize those types of places. Like they said in the movie, ‘Build it and they'll come.’ So, I have been surprised.”

According to Executive Chef Laurence “Chef Law” Reynolds, the food lover favorite is the Seafood Grits – creamy, cheesy grits topped with tender shrimp, lobster, crab meat and garlic with a sprinkle of scallions. The Crabcake BLT – seasoned lump crab served on a buttery brioche bun with crispy bacon, lettuce and tomato remoulade with a side of house-cut fries – is a close second.

Reynolds, a L'Ecole Culinaire-St. Louis graduate born and raised in Chicago, comes from generations of cooks. His great grandmother had her own restaurant during the Depression, his grandmother owned a catering business for over 20 years, and his mother is a good cook, too.

The youngest of seven children, Reynolds got his start making eggs, bacon and waffles for breakfast in the microwave and toaster as a kid. He then moved on to making grilled cheese sandwiches for his older sisters and brothers. Now he has been practicing the art of cooking for years, blending fresh ingredients in eclectic dishes with a charming presentation.

“There’s a bus lady who drives this route. She calls, orders, pays on the phone, stops the bus and comes in to pick up her order, twice a week,” Reynolds said. “Faithfully. Just because you're in this location doesn't mean you can't get quality.”

Driving through predominately black neighborhoods in St. Louis, it’s hard not to notice the abundance of soul food, barbeque, fried chicken and fish joints. As a patron tasted an item from Oasis’ menu, he coined the restaurant’s unofficial tagline: “Real Deal, Oasis Grill.”

“Oasis is exactly what it is,” Fuller said. “It's a relief. It's a break. It's something off the beaten path of where we are.”

Oasis Grill is open for breakfast (all day) and lunch Tuesday through Saturday from 8 a.m. until 5 p.m. Brunch is every Sunday from 10 a.m. to 3 p.m. For more information about Oasis Grill, visit their https://www.oasisgrillstl.com/ or follow them on Instagram and Facebook.