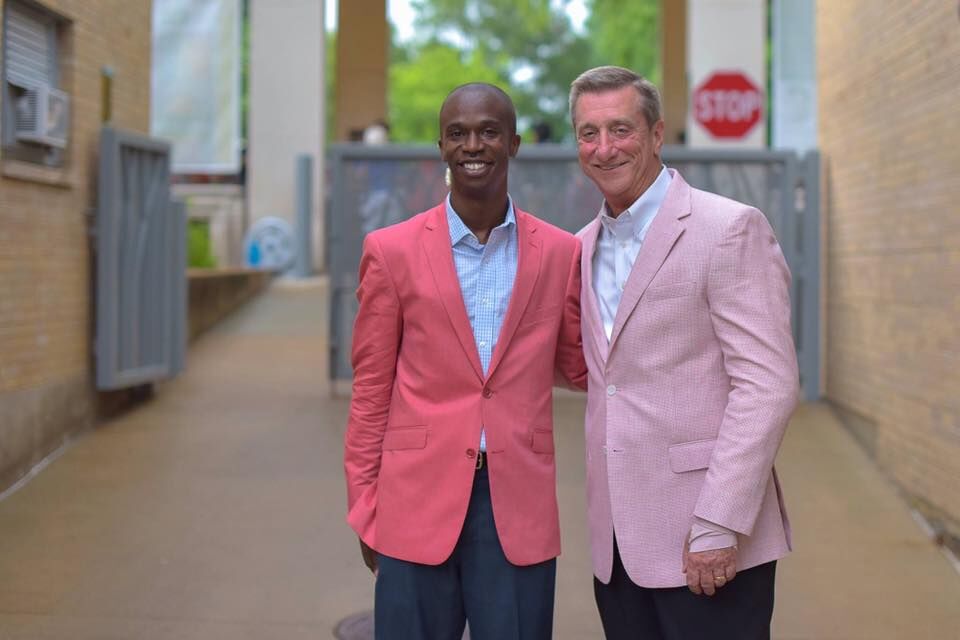 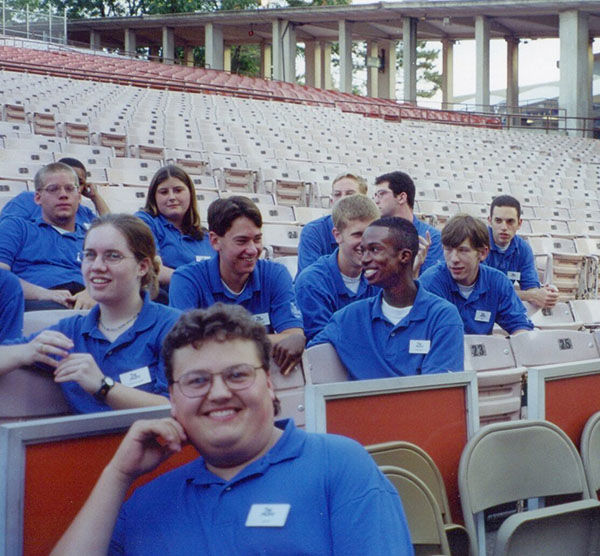 Future Muny Managing Director Kwofe Coleman worked at the theater as an usher during his teens.

Future Muny Managing Director Kwofe Coleman worked at the theater as an usher during his teens.

Walking into The Muny administrative offices, there was that similar feeling of joy rising that its productions deliver on stage every summer. The employees don’t sing or dance as they carry out the work that makes the stage productions possible, but they are intentional about making visitors feel part of The Muny family.

“When you walk through these hallways, it is truly a community of people,” Managing Director Kwofe Coleman said. “We all love the work that happens on stage, but we also love what that work means to people. So, we get to do a job that we can immediately come in here and see the tangible results on stage and in the faces of the audiences. This is a theater that belongs to the entire community – from the inside out.”

At the tender age of 36, Coleman was promoted to the high-profile position of managing director for The Muny. He has 20 years of experience with the organization that began as a teen who worked as an usher. He now works as a liaison between the administrative and artistic staff.

“This institution represents an incredible level of diversity in all areas,” said Coleman. “Look at my role, and our Director of Advancement is Courtney Simms.”

The Muny has since hired yet another African American in a senior leadership role, Tali Allen in the newly created position of Director of Education.

“I believe whole-heartedly that it is equally important for our staff to be comprised of the best possible people for each position and to represent the diversity of the community this institution serves,” said Muny President and CEO Denny Reagan. “We also employ that philosophy in our casting and seasonal hiring, so that everyone that comes to this theatre sees some reflection of themselves in all aspects of The Muny.”

It was a feeling Coleman recognized when he graduated from ushering to an internship in the finance department during his college years at Emory University.

“This institution has said, ‘We believe in you as an individual and as a part of what can move this place forward and along – and how can we support that?’” Coleman said. “And that’s from the board, leadership and all the way through my incredible team of coworkers.”

The Muny Board of Directors counts two African Americans – June McAllister Fowler of BJC and Michael P. McMillan of the Urban League – among its six officers, the highest tier of leadership when it comes to the institution’s board.

“The Muny puts people in the position to do their best and then gets the best out of them – that’s how I understand leadership based on my time in this organization,” Coleman said. “If you do that as a leader, they will give you beyond what you could ever imagine. We’ve found that to be a successful model for 100 years, so we are going to continue with it.”

As Coleman personally greets patrons alongside Reagan from right of the stage each night, he is overwhelmed by the reflection of St. Louis he has seen coming to the shows over the past decade.

“I can stand at the side of that stage and look over the house, and from the free seats to the first row of box seats, there is such a large swath of the socio-economic representation of this city in one place,” Coleman said. “And for two hours or three hours – or however long the show is – it doesn’t matter who you are, how you got there, what your means are when you leave. There is a shared, singular experience that everyone is having.”

Coleman said that as the first season in the second century gets underway for The Muny, the organization now has six generations represented in its audience.

“To understand that this has been a constant for the St. Louis community for more than 100 years, I don’t know anyone who would pass up an opportunity to be a part of something that already means so much, but also has the potential to be so much going forward,” Coleman said.

“There are 11,000 St. Louisans there [on any given night]. If my role can make sure that cross-section is even more representative, we will call it a success. To play any part in that means more to me than anything else.”

Pointing out that musical theater is a truly American art form, Coleman promises that “no matter what comes before the hyphen followed by American in how you classify yourself,” audiences will connect with it and the wide array of stories The Muny tells.

He wants everyone to come and experience the shows so that they can see that the St. Louis region has sustained one of the greatest places on the planet to do musical theater – and is going into its second century of doing so.