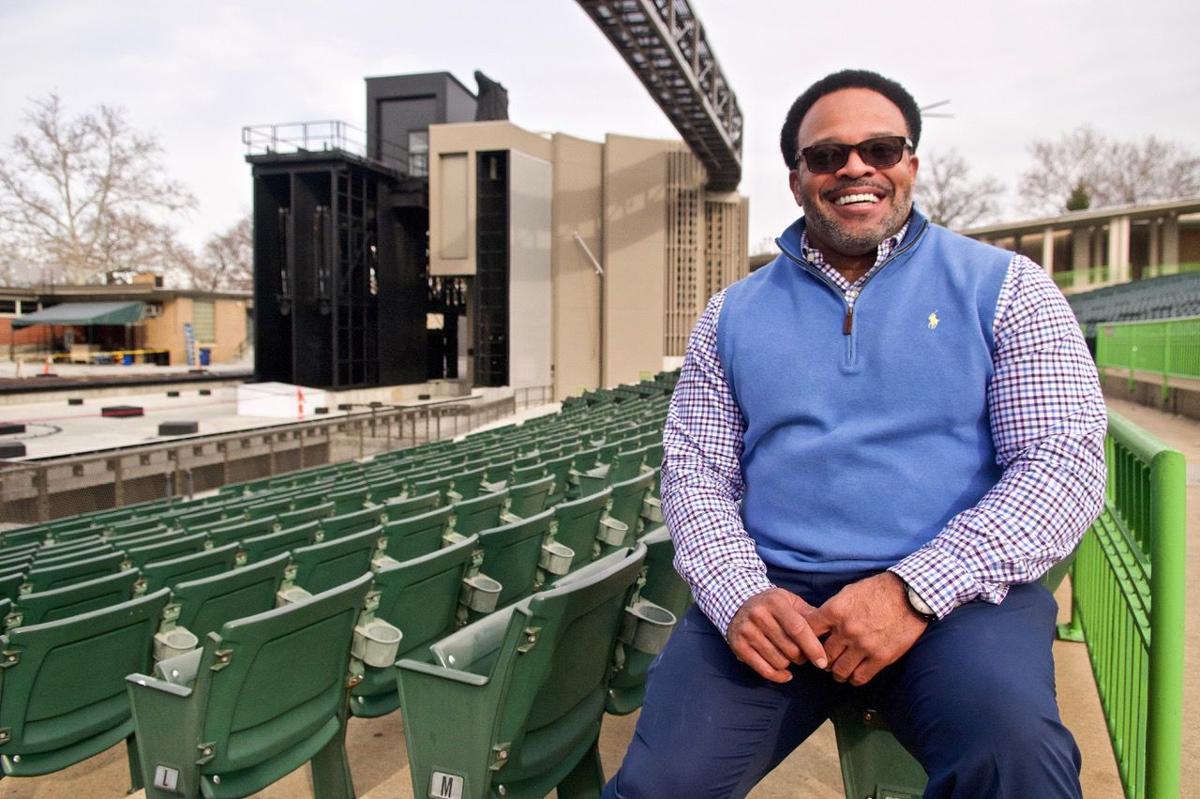 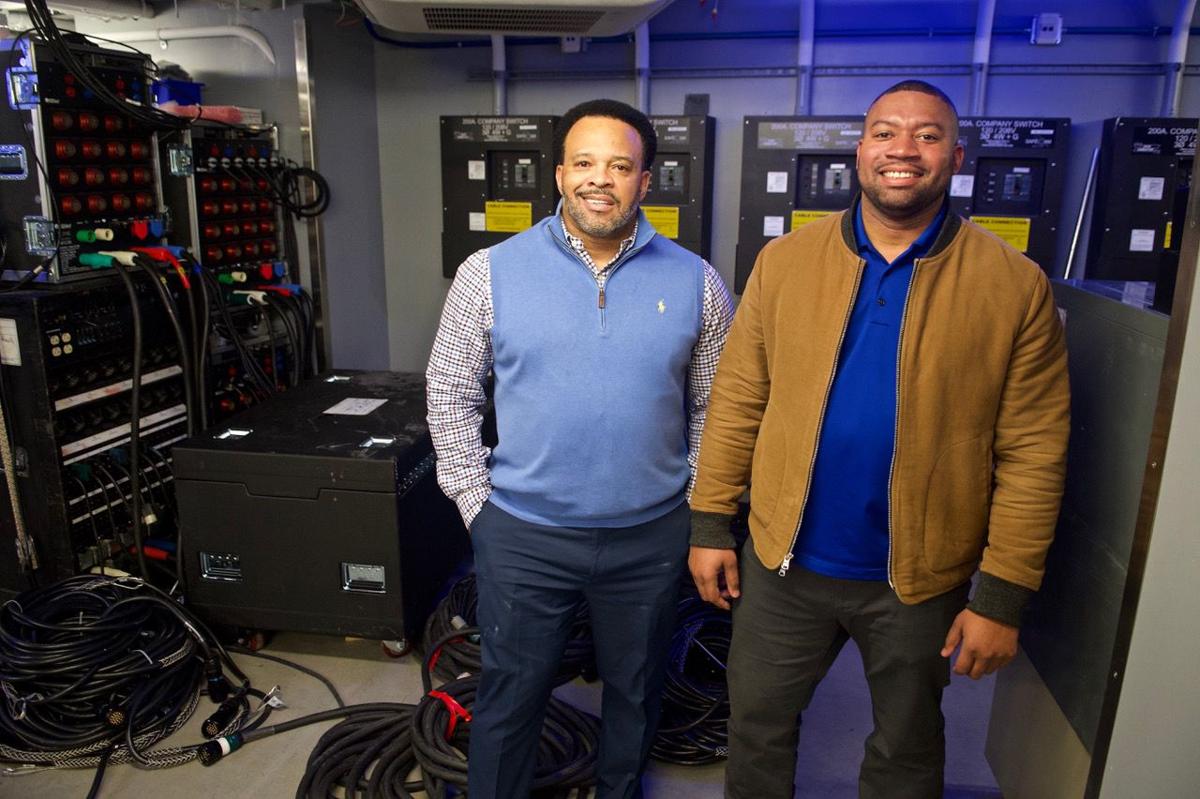 “There is no time better than the present to get into the trades,” said Tommy L. Davis Jr., chairman and CEO of TD4 Electrical. “St. Louis is coming up on a construction boom, and workers of all races and creeds are needed.”

Founded in 2006 by Davis and headquartered in St. Louis, TD4 Electrical is certified as a Minority Business Enterprise with current revenue of $30 million, 10 full-time office staff, an average of 50-75 full-time field electricians and 30,000 square feet of warehouse and office space. The leadership group also includes Thomas Endermuhle as president and Tommy L. Davis III as senior project manager.

The American spoke to Davis about his journey in the trades and his advice for people looking to get started, either in workforce or business enterprise.

St. Louis American: So, what got you started in this business, in the trades?

Tommy L. Davis Jr.: I entered the construction industry as a diversity consultant for the largest construction manager/GC in the region, McCarthy. It didn’t take long to recognize the challenges that small – specifically, small minority- and women-owned – companies were facing and the impact it was having on the region. I decided almost immediately that I wanted to be a part of the solution.

I had an opportunity at the time to start a construction manager/GC enterprise, but decided to begin my quest of creating lasting change in the trades. It was brought to my attention that the majority of the jobs created on construction projects are generated by specialty trade contractors. TD4 Electrical was founded with a two-fold purpose: first, to leverage my business background to create a qualified electrical contracting firm that happened to be minority-owned and, second, to be in a position to intentionally create a diverse workforce – i.e., opportunities for the community at large.

St. Louis American: What was your business background? What had you learned at McCarthy, and what business knowledge had you brought to McCarthy?

Tommy L. Davis Jr.: I had spent over 10 years in an executive management role for IBM. I had founded WeTrak, Inc., a sports memorabilia authentication company that was very successful as the company captured the Emmitt Smith “Run with History.”

From McCarthy, I earned from the top down how the construction process/business is carried out and conducted. I was introduced to and interviewed majority and minority businesses at the ownership level. I learned business ethics – McCarthy is an ethical company that believes in the utilization of M/WBE contractors and workforce and has a track record to prove it.

Based on my expertise and McCarthy’s cooperation, I was able to complete a project that at the time was one of largest projects in St. Louis city history, Lumiere Place and the Four Seasons, while spending in excess of $65 million with minority and women business enterprises.

St. Louis American: I would love to hear more about how you made that an impactful M/WBE spend and your guidance for others.

Tommy L. Davis Jr.: Prior to my engagement there was unrest, protesting and project delays. I arranged meetings for McCarthy, the St. Louis Development Corporation and several different community organization to resolve differences and get the focus back where it belonged, which was M/WBE and workforce participation. It took a lot of one-on-one meetings with the owners of the prime contractor and minority companies to achieve what was ultimately a successful project where M/WBEs made money, none went out of business, and long-lasting jobs were created. I am confident the contributing factors for success were the trusted mediation and business background I provided coupled, with willing partners, McCarthy and M/WBE owners and community organizations seeing the project benefit the community.

St. Louis American: What have been your challenges building your own business, and how are you responding to those challenges?

The construction contracting business is cash-intensive, and you are lucky if you get paid in 60 to 90 days after you do the work. We have mitigated that challenge by being very selective in the projects we take on – i.e., we don’t work for the sake of working; we work to make a profit. We implemented technology through the purchase of estimating software and a software system that does accounting and job costing on the same platform. At the end of the day we had to be accurate with our estimates, able to track job costs, get billings out as soon as they are due, and have a very focused approach to collecting our cash. There are payment terms that owners like Wash U., BJC, Centene, Bayer and others offer that help with the cash situation, but cash has been our biggest obstacle.

TD4 is a IBEW Local #1 electrical contractor. The IBEW provides talented craftsmen, but in order to make sure they are efficient we have to implement strong project management, planning and scheduling. Even with that, the one variable you cannot control in contracting is your labor, and that is why it is critical that owners understand M/WBE contractors need opportunities on more than just large capital projects that require M/WBE participation. We need opportunities to work with the smaller projects they have on a daily basis.

As an M/WBE you can develop capabilities and some capacity, but you cannot be  sustainable and add true value to the owners and the community if you can’t create long-term employment opportunities, and those opportunities come from everyday, recurring projects that owners in the region have hundreds of daily.

St. Louis American: What advice do you give to African Americans considering a career in the trades, either on the workforce or the MBE side? I did not say "young African Americans" because it's my belief that mid-career switches into the trades are more possible than one thinks, so not only young people should be listening.

Tommy L. Davis Jr.: First of all, I want to get the message out that there is no time better than the present to get into the trades. St. Louis is coming up on a construction boom, and workers of all races and creeds are needed. St. Louis is a union town, so the most likely job opportunities will come through the union, which has traditionally been difficult for women and African Americans. That is changing due to demand from owners for a more diverse workforce. In fact, in the city and county projects that receive city or state funding are required to have at least 25 percent of its workers be minority or women.

My advice to any African American who has interest in working with their hands is to have a good work record and understand that construction takes place in hot and cold environments, And to get involved now.

As for future construction business entrepreneurs, do your homework before getting into the construction industry. Remember that 95 percent of all start-up construction businesses fail. The work is high-risk, the cash needs are extensive and profits are slim. If you take a look at the construction industry, the average age of successful companies is 50 years and older. It is not a place to get rich quick. With that said, if you get in then be smart and spend wisely because the industry can be very rewarding. The advice I would give an M/WBE is to find an existing majority-owned company and get into some sort of mentoring agreement. There is a lot of demand for M/WBE businesses, and there are several companies in St. Louis that would welcome a realistic hard working mentee.

Farewell to Kut and all the now former HotFoxy folks