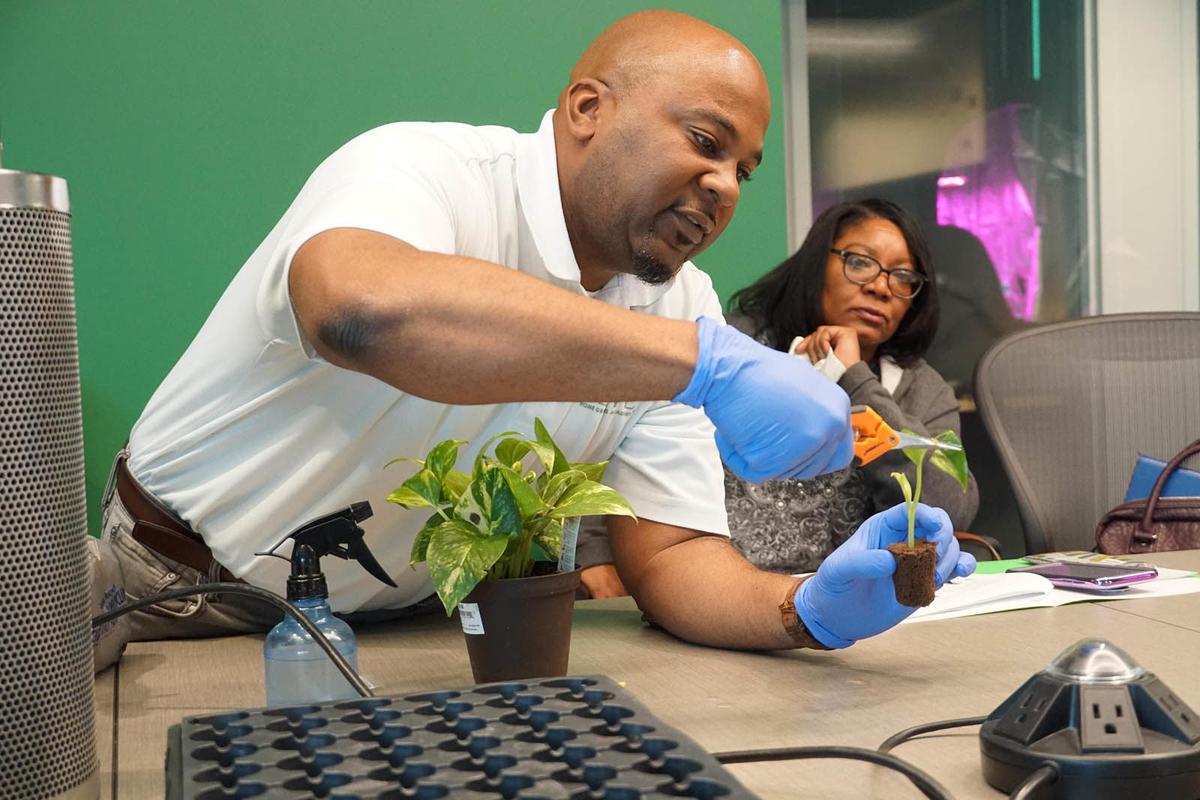 Zachery Post, president of Elite Home Growers Academy, shows students like Tarraze Merriwewather how to germinate seeds and clone a marijuana plant by demonstrating on a house plant. A former stockbroker, he also teaches a separate class about investing in cannabis businesses. 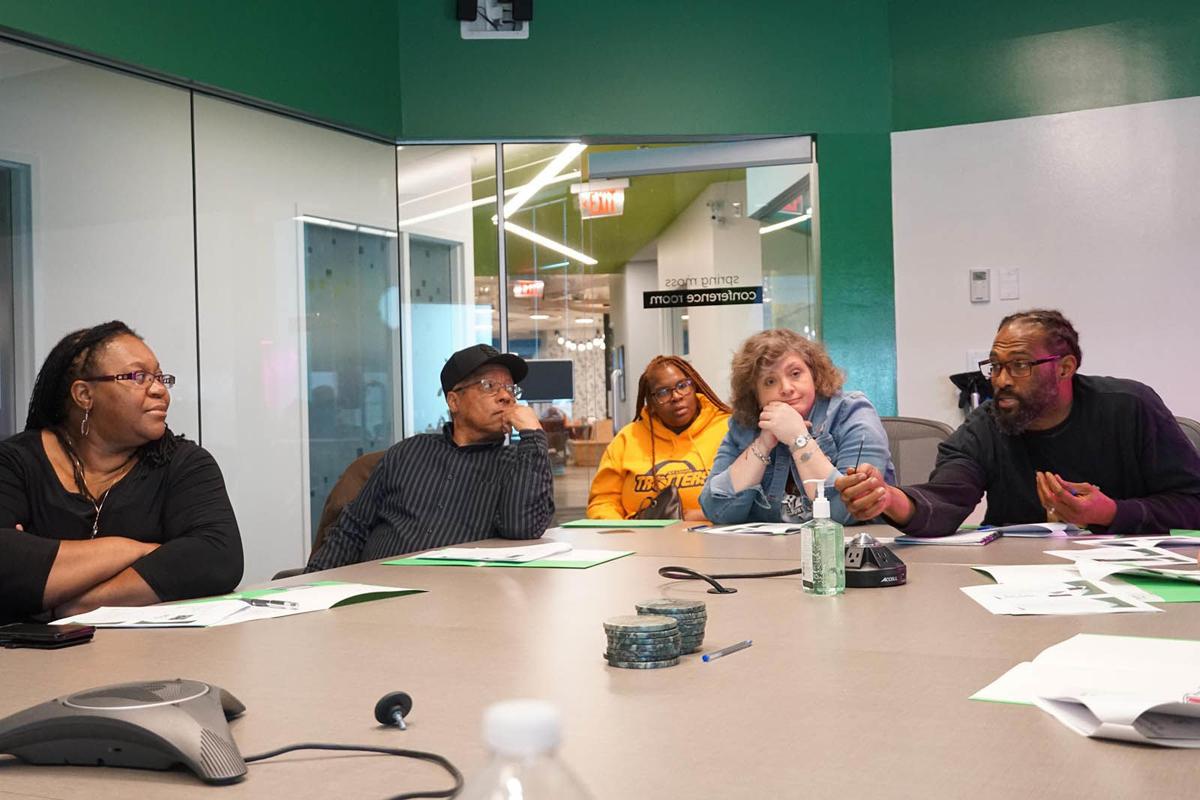 Elite Home Growers Academy students, including Randy Wilford (right), discuss growing techniques and ask questions during a workshop on growing medical marijuana held at the Cortex Innovation District. Wilford want to make edibles to help people like his wife, who is diagnosed with lupus, rheumatoid arthritis and fibromyalgia.

About a dozen people gathered around a table in a St. Louis conference room on a recent Saturday morning, pulling out notebooks and settling in for a four-hour crash course on growing medical marijuana.

Instructor Zachery Post gave a PowerPoint presentation in the Cortex Innovation District. He explained basic cannabis terminology and how things like temperature and lighting have different effects on the plant.

He’s the president of Elite Home Growers Academy, and he started giving workshops like these last year.

“This is what I could offer for the community,” he said.

Knowing there would be a gap between when Missouri legalized the plant and when dispensaries opened, Post said he wanted to help patients learn to grow their own marijuana.

He spent a decade in Las Vegas working for a commercial cultivation facility but moved back to his hometown of St. Louis a few years ago to care for a relative. He’s also a former stockbroker, and he teaches a separate class about investing in cannabis businesses.

He estimates about 200 people have taken his workshops. Post holds the discounted workshop at Cortex twice a month in conjunction with Majestiks, a local cannabis resource and education company. His full-price classes are $100 and take place in Maryland Heights.

About 20 percent of them want to be caregivers, meaning they would grow marijuana plants on behalf of patients.

In order to grow marijuana in Missouri, you need a medical card with a cultivator license.

Post said the cost of growing your own marijuana can vary widely, between a couple of hundred dollars and $5,000.

“My first grow was in a cardboard box in my garage in Las Vegas,” he said, adding that he encourages his students to start small and add things like better lighting and tents as they learn.

During the workshop, Post demonstrated how to germinate seeds and “clone” larger plants, a process that involves snipping off a small piece and letting it grow on its own.

“That’s what I wanted students to take away from it,” Post said, “is that they can grow quality cannabis and not just grow cannabis.”

One student, Tarraze Merriweather, said she attended the $40 workshop to learn more about how to get started.

“It’s a lot more than just gardening techniques,” she said.

Merriweather said she has about $1,500 budgeted to kick off her growing station, which she plans to use for pain management, for herself and others.

“Whatever I grow or whatever strain, it’s important to know exactly what is the best seed to start out with, because I don’t want to start mixing or purchasing from people that I’m not familiar with,” she said.

Another student, Randy Wilford, calls himself a “canna chef.”

He said he’s interested in learning how to grow his own marijuana so he can make edibles to help people like his wife, who is diagnosed with lupus, rheumatoid arthritis and fibromyalgia.

“We know a strain (of marijuana) that helps my wife, and I can’t find it anymore,” he said.

“To go out of town, you run the luck of the draw because how do you get it back? Do they have enough supply? So, what better way to do it than to grow it?”

Wilford isn’t new to cannabis, but he said he’s never grown it before. During a break from the workshop, he said he’s eager to learn more about growing techniques.

“Everybody can drop a seed in the dirt,” Wilford said. “Everybody can pour some water. What are you looking for to make it the healthiest possible plant for the person that needs it the most?”

For more information or to book a class, visit https://www.elitehg.org/.