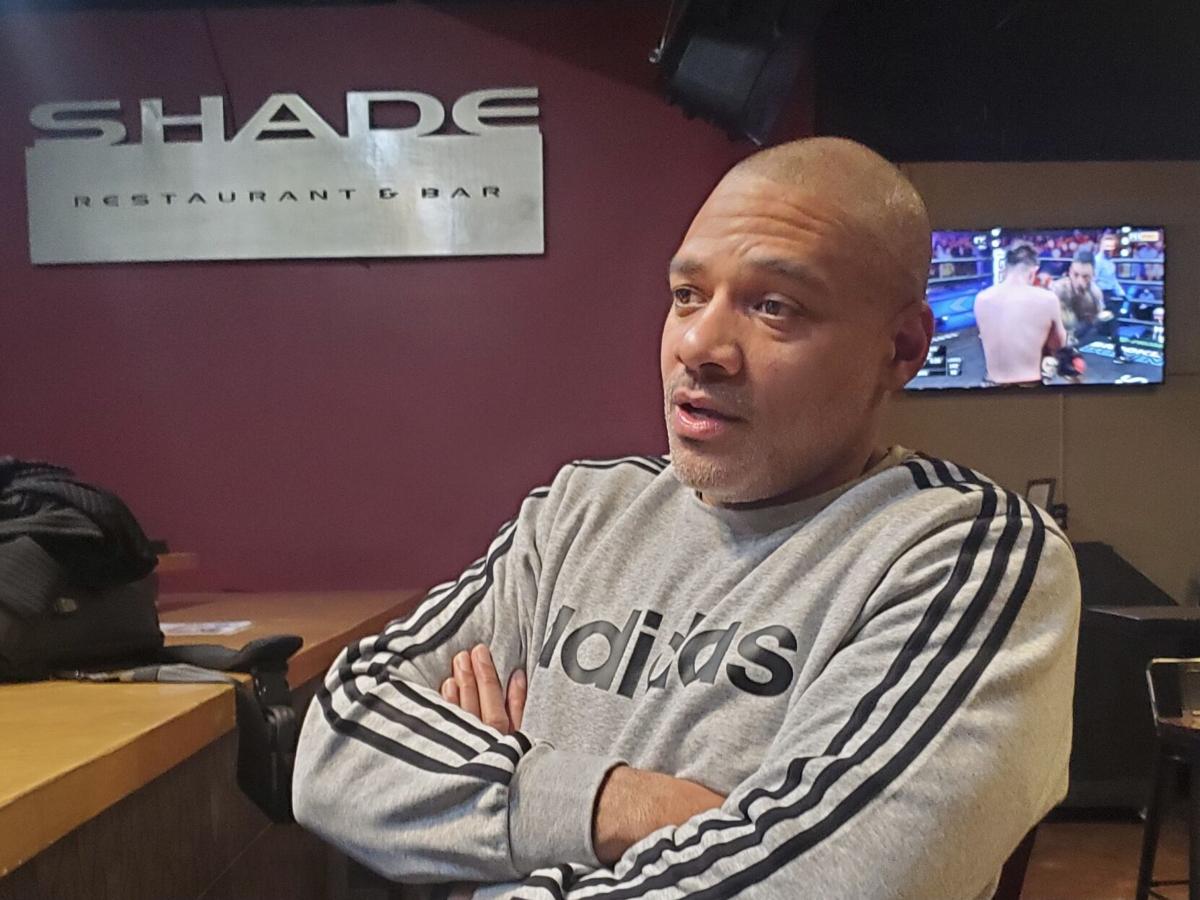 As co-owner of Shade Restaurant & Bar in Florissant, Rankin is determined to keep business alive 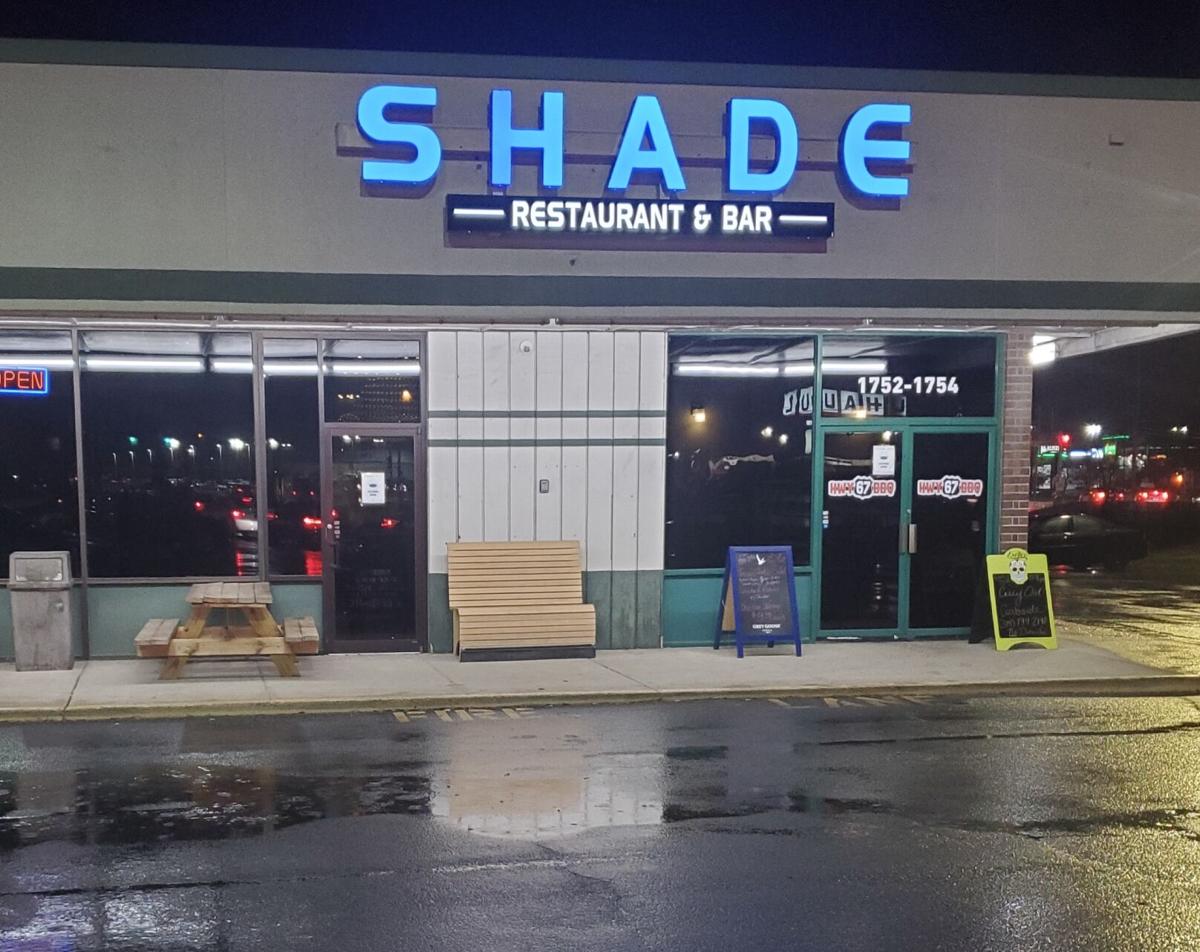 When it comes to comedy, there is almost no taboo subject. For Maurice Rankin, a comedy veteran and owner of Shade Restaurant & Bar in Florissant, that sentiment doesn’t apply:

“A lot of comedians find ways to comment on current events. Every stone will be turned over. But I just don’t find anything funny about COVID, especially since I just opened a business in the middle of the pandemic.”

Rankin has been in the comedy business for almost 20 years. He’s done BET’s ComicView, Laughapalooza and toured the world with comedy greats like Deray Davis, Nephew Tommy from the Steve Harvey Morning Show and the godfather of modern black comedy, Paul Mooney.

In December 2019, Rankin was part of a comedy show with his partner and fellow comedian Princeton Dew. The show was held at Hwy 367 BBQ at 1752 N. New Florissant Road. That night, Dew told Rankin that the owner, Chris Alexander, was considering accepting partners.

Rankin and Dew rose to the occasion. With a business plan at the ready, they went about redesigning the establishment, making it a restaurant and bar, with Alexander concentrating on the food side of the venture.

"I had to come" - Maurice Rankin

“I had to come out of pocket to get it open and I’ll do the same to keep it running.” —  Maurice Rankin

Plans to open in March were derailed by the spread of the coronavirus. Still, the partners completed renovations, got liquor and food licenses, and opened in July. With a simple Facebook announcement, about 50 people came through the doors, Rankin said.

It was a validating sign, so the new owners pressed on with a diversified line-up of entertainment including open mic, karaoke, stand-up comedy, and vendor “pop-up” nights. Even at 50% percent capacity, Rankin said business was good. So good in fact, that he was able to hire 13 employees.

In September, after returning home from Atlanta, Rankin, too, was infected with the coronavirus. He quarantined himself for two weeks while his partners tended to Shade’s growing clientele.

But, like the stubborn beast that it is, the coronavirus did not retreat. After fluctuating capacity restrictions, St. Louis County Executive Dr. Sam Page announced last month that there would be no more indoor dining or big gatherings at restaurants and bars in the county. COVID-19 infections had risen to alarming rates. At the time of Page’s announcement, the county had averaged 677 new cases every day, the highest weekly average since the pandemic’s beginning.

Rankin believes the new restrictions will be a mortal blow to businesses like his.

“This is really going to take a toll. We can’t do dine-in and that really sucks. You have St. Louis city on one side of us and St. Charles on the other. They’re still open (at reduced capacities) and can still do dine-in,” Rankin said. “I won’t be surprised if at the end of this lockdown half of the restaurants and bars in North County will be closed.”

Shade hasn’t closed. It won’t, Rankin said, because he’s no quitter, he refuses to lose. It’s a mantra that has carried him through life.

Rankin’s mother and father, Gerald and Barbara Rankin, were 14 and 15 respectively when their first child, Maurice, was born. His parents dropped out of high school and worked odd jobs to provide for their children. When his parents entered their 20s, Rankin said his role as caretaker of his three siblings became prominent.

“At that age, my parents were ready to go out and party. So, there I was, like 9 or 10 years old getting up, cooking and babysitting my little brothers and sisters.”

Ranken was determined to finish high school and be the first on either side of his family to complete college. But in his senior year of high school he too became a teenage parent, raising his 8-month-old daughter as a single parent.

He entered the U.S. Army, finishing his tour in the Middle East during Operation Desert Shield/Desert Storm as a combat medic with the 101st Airborne Division.

After the Army, Rankin kept his promise to himself and completed college. Drawn to medicine, he took a position as a business manager with St. Louis ConnectCare in 2000. Advancing up the ranks, by 2011 Rankin was promoted to chief operations officer at the urgent care services agency.

Motivated not to fail

By the time ConnectCare closed in 2013, Rankin had theoretically planted irons in other fires. He was buying, rehabbing and selling properties and was about 10 years into the comedy game — a profession he entered on a dare.

While criticizing comedians at a local comedy club, friends challenged him to enter the next open mic session. He did and “bombed” miserably. But the experience served as motivation.

“I was never one of those comedians who was the class clown. I really didn’t love it. I just didn’t want to fail. I was determined to perfect the craft.”

Armed with a three-ring binder, Rankin wrote down everything he considered funny. He kept going back to amateur comedy shows and got better and better, he said. His determination not to be a loser in comedy propelled him to be a success in the field.

Today, the single father of three daughters, he relies on his stubbornness and resolve to again perfect his craft. He’s determined to see Shade survive through the perilous times of the coronavirus.

“I had to come out of pocket to get it open and I’ll do the same to keep it running, Rankin said. “Just from the compliments and feedback we’ve been getting, I know our product is sound. Once everyone is vaccinated, I believe we’ll get a hold on this.”

Right now, the name of the game is surviving the county’s restrictions. This, too, Rankin said, will pass.