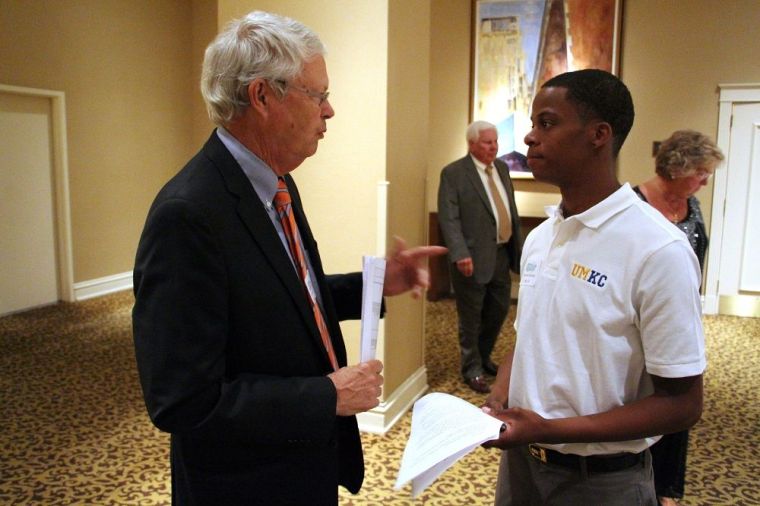 John Vatterott, chairman of ACCESS Academies and trustee for the Vatterott Foundation, and Brandon Ramsey, NativityMiguel graduate and student presenter for the NativityMiguel Scholarship Dinner. 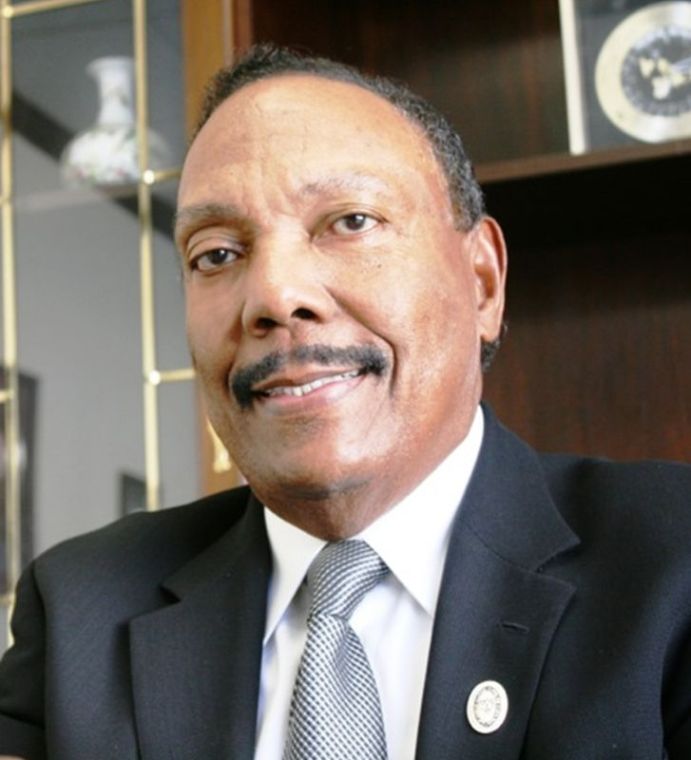 John Vatterott, chairman of ACCESS Academies and trustee for the Vatterott Foundation, and Brandon Ramsey, NativityMiguel graduate and student presenter for the NativityMiguel Scholarship Dinner.

Approximately 500 donors attended the NativityMiguel Scholarship Dinner recently to support more than 300 middle school graduates attending college-preparatory high schools in St. Louis. The dinner was a remarkable success, raising over $543,000 in tuition assistance, an increase of more than $103,000 from the previous year.

“The program speaks for itself,” said Blake Youde, executive director of ACCESS Academies. “Across the U.S., 6 percent of African-American students and 4 percent of Hispanic students are enrolled in private/independent college-prep schools compared to 97 percent for our Nativity Miguel students.”

The NativityMiguel Scholarship Dinner, sponsored by ACCESS Academies and the Vatterott Foundation will bridge the gap between the cost of private, college-prep high schools and the tuition available from each student’s family, the financial aid provided by the 27 participating high schools, and the high school scholarships provided to each student from one of the 8 NativityMiguel schools in St. Louis.

Brandon Ramsey, a NativityMiguel graduate, charmed dinner guests as he spoke about the bright future facing him as a high school graduate:

“As I look toward the future, I know that the education I have received will prepare me for the challenges of college, and I am happy to announce that in February I received my college acceptance letter to the University of Missouri-Kansas City, where I plan to study dentistry,” Ramsey said.

“I want to become a dentist because of three reasons. The first reason is because of a personal finance course I took my sophomore year. In this class I learned that dentists make a solid income and will be an in-demand profession over the next 5 to 10 years. The second reason is because there are very few African-American dentists. The third and final reason is because I have braces and love going to the dentist.”

Larkin will speak on a variety of topics including the legal landscape for African Americans in the arts, sports, business, and beyond.

He has the distinction of discovering and/or signing major talents such as Luther Vandross, Frankie Beverly and Maze, Natalie Cole, Peabo Bryson, Teena Marie, New Kids on the Block, Tavares, Dr. Dre and Ice Cube.

He was the executive-in-charge of the Michael Jackson “Thriller” album, selling over 25 million units worldwide.  He is responsible for over 125 gold and platinum singles and albums. The artists and/or the projects he oversaw have won over 35 Grammies and garnered numerous other nominations and other industry awards.

During his varied 43-year career, he has excelled in many aspects of the industry. He has been a successful attorney, record executive, and artist manager.  A graduate of American University and Howard University Law School, Arnold has managed the platinum selling careers of Karyn White, After 7, Ralph Tresvant and Mint Condition. Arnold is also a founding board member of the Black Music Association and co-founder and five year chairman of the Black Entertainment and Sports Lawyers Association.

In 1970 when Arnold joined Capitol Records, he became one of the first African Americans to be hired as an attorney at any major entertainment company. He later became a vice president at Capitol in 1974 where he created and ran the Black Music Division at that label. In 1978, he was hired as a senior vice president for Arista Records where he ran its’ West Coast Office. Two years later CBS / Sony hired Arnold as Senior Vice President, Corporate where he ran the Urban Music Divisions for both the Columbia and Epic labels for many years.

The event is hosted by the Howard Alumni Club of St. Louis. Howard alumni Drs. Esther and Earl Beeks and Dr. Joseph Dorsey are serving as premiere sponsors of this event.

This year’s scholarship winners are Ennessa Gabrielle Curry and Johnathan Elijah Curry. Johnathan is an incoming Howard freshman from O’Fallon Township High School in O’Fallon, Illinois.  This varsity track captain and Eagle Scout plans to join the Air Force ROTC program and major in computer science. His sister, Ennessa, now a Howard sophomore, majors in biology and is minoring in chemistry and anthropology.  Her goal is to work in epidemiology after attending graduate school.

"We are proud to be among the few Howard alumni clubs across the country to have such a successful scholarship program," says Eddy Sutton, Howard University Alumni Club of St. Louis vice-president.

“Our dedication and success gives us leverage to bring someone of Mr. Larkin’s caliber to St. Louis. Our local alumni treasure our education from Howard University and work, collectively, to do our part in helping St. Louis area students and their parents experience Howard with less financial strain.”

This Jazz Brunch will showcase the talents of HU alumnus and saxophonist Chad Evans and vocalist Felicia Ezell. Tickets are $40 in advance and $50 at the door.  Tickets are available online. To order tickets and/or donate to the scholarship fund go to http://hustljazz.brownpapertickets.com/.  Questions regarding the event can be sent to stlhualumni@yahoo.com or (314) 265-1739.

So much for leveling the medical playing field

Serena Williams: My heroes are mothers