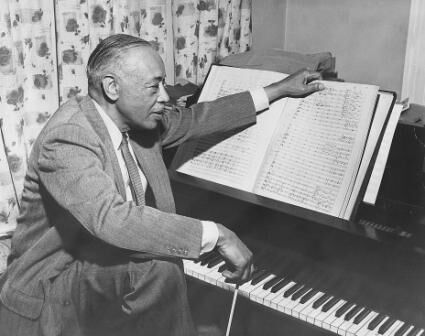 Composer William Grant Still is among the musical masters featured on Classic 107.3 FM, “The Voice for the Arts in St. Louis.” 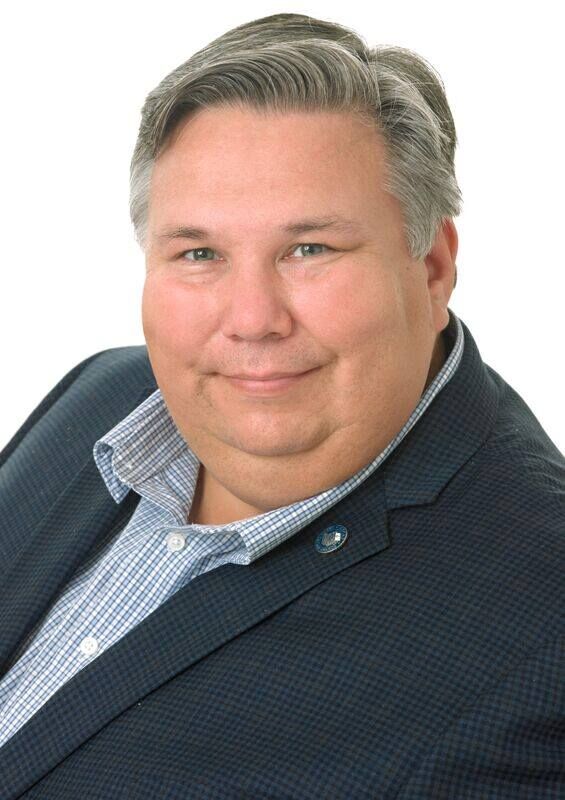 John Nasukaluk Clare vividly remembers the first time he intimately connected with classical music on the radio. It happened while he was assisting with construction work.

Today, Clare is the chief executive officer and general manager of Classic 107.3 FM, “The Voice for the Arts in St. Louis.” During his high school years, Clare assisted his father in building the family home in Wichita, Kansas.

He was laboring away when Aaron Copland’s “Third Symphony” stopped him in his tracks.  Before he went back to his work, he waited for the announcer to tell him more about what he just heard.

He then wrote down the title and composer — and later took his note to a library and checked out a recording of the symphony so he could hear it again.

Clare was no stranger to classical music at the time. He grew up playing the violin.

However, being introduced to Copland’s symphony for the first time over broadcast was an extremely teachable moment.

Years later, he took a part-time job at a Wichita radio station, which eventually led to 25 years and counting as a classical music broadcaster.

Sharing and learning has been a big part of his intention in the years he has been in St. Louis. He also hosts the morning show on Sirius XM’s “Symphony Hall” on Channel 76.

“There is a really rich history here,” Clare said. “The St. Louis Symphony Orchestra is the second oldest orchestra in the country. There is a great opera company, chamber music and so many incredible artists that are here. I hope that it showcases the entire city and these really wonderful performers — whether they are born here or live here.”

The coronavirus has taken a huge toll on consumption of the arts, but Clare feels proud that Classic 107.3 could be a beacon of light in the darkness.

"It’s a really welcoming community," Clare said of St. Louis, the station he helms and the partnerships he has made since coming to St. Louis last October. "St. Louis is a world- class place and sharing the arts here is exciting. I think I’ve found my last job — as I’ve changed radio markets over the years, I think I’ve found my place."

The joy in his voice was palpable as he spoke of the station airing this year’s presentation of the Tennessee Williams Festival, because the pandemic made it impossible to be presented live.

“I feel really proud that we can do something like that.”

For Clare, that’s part of the beauty of what the station does as a media organization and as an ambassador for the local arts scene — and provides a refuge of sorts.

“It is a really weird year we are in and it really speaks to being able to be inspired and have some hope,” Clare said.

“Sometimes you really need to tune everything out and you can do that with a symphony by Beethoven or William Grant Still. You can be moved to tears.

“A lot of organizations are having to pivot a lot and maybe change their landscape. But we can all listen together – to that symphony or to that string quartet – and still get the information, the curiosity. Not every organization is that lucky.”

Among his priorities for 107.3 is fostering and maintaining diversity – both in programming and with listeners. There are a couple of jazz shows on the air, and he is working out the details of reviving a program presented in collaboration with the National Blues Museum.

Not just in February

“We don’t just play African American composers in February,” Clare said. “When you have these diverse things in these different shades, I think we are all better for it. You don’t have to be an old white person to enjoy the beauty of Beethoven.

“Dr. Martin Luther King Jr. wrote about the power of opera and how it affected him.”

As he spoke with The American, he was headed to meet with composer and music educator Maria Ellis to develop a show tentatively titled “Bach and Beyoncé,” which illustrates the connections between classical music, rap and R&B.

“It’s a teaching tool that creates a connection between the two genres and the kids go nuts over it,” Clare said. “I was like ‘Oh my gosh, this would make an awesome radio show.’  She was tickled that we would want her on air. It’s a dream and we were both sort of getting gooseflesh when we started talking about it.”

He wants to facilitate the same learning and curiosity that he experienced that fateful day while helping build his family home. He used his own Native American roots as an example of what he is trying to achieve.

“I’m Inuit and there aren’t a lot of classical music playing Inuit around,” Clare said.

“I think it goes both ways. I want to know more about Inuit music — and I want more Inuit to know about classical music. Understanding, beauty and inspiration go both ways. That’s equality. In math, the equal signs work for both sides.

Another of his goals for the station to represent the community.

“And that isn’t just the classical community, that’s the entire community,” Clare said. “Music is universal, and I think there are so many stories to tell – in classical music and in other genres. The power of them is limitless.”