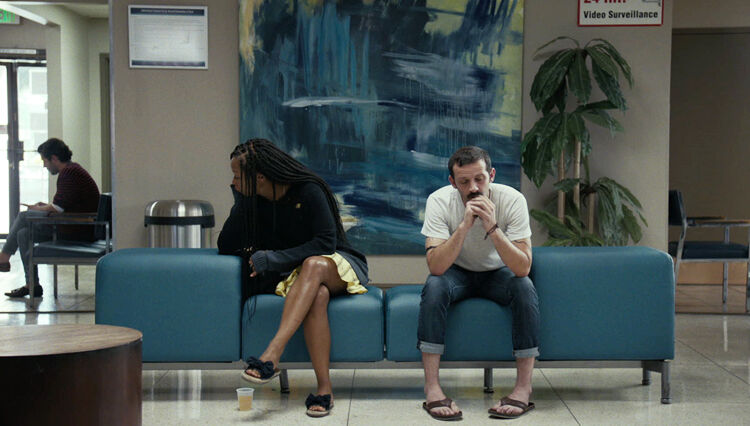 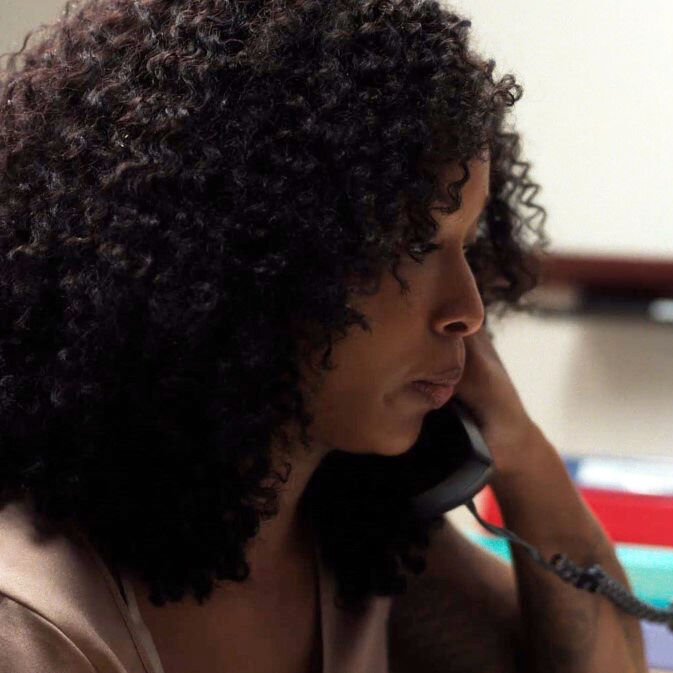 Stories of sexual assault and rape – both fact and fiction – fitted for the big and small screen are about as prolific as the crimes. Case in point: NBC’s “Law & Order: Special Victims Unit” has the distinction of the longest running live-action series in the history of television, with no end in sight after 21 seasons.

But unlike what Captain Olivia Benson and company present each week, the cases aren’t wrapped within the hour thanks to clever detective work and DNA evidence. With her debut film, “Test Pattern” St. Louis native Shatara Michelle Ford offers an assault story that more likely to fit with the one of the hundreds of thousands of dormant rape kits warehoused in evidence rooms around the country.

The film is among the 20-plus films grouped within the “Race In America: The Black Experience” sidebar of the 29th Annual Whitaker St. Louis International Film Festival, which is currently underway virtually through November 22 at cinemastlouis.org. “Test Pattern,” stars Brittany Hill, Will Brill and Gail Bean and creates a new conversation around sexual assault through the experience of the residual victimization by the system that is supposedly designed to deliver justice.

The idea came to her at the height of the “Me Too” movement, when she saw a segment of “Full Frontal with Samantha” Bee in 2016 that discussed the phenomenon of back logged rape kits. “I was astonished by it and didn’t know about it at the time,” Ford said. “I kind of poured into kind of reading more about rape kits and how that even happens.” In her research, she learned that rape kits aren’t that accessible to begin with.

“I was overwhelmed by the obstacles to get something that is already hard to get,” Ford said.  Some institutions charge for the service. Other states only allow tests to be administered by forensic nurses – which not all hospitals or health centers have.  And as she was thinking about all of the stories, She was reading the experiences of women across the country women from all walks of life. Ford found the vantage point of Black women particularly compelling.

She wondered if she were assaulted in her home state, would she feel comfortable reporting it to the police. “Probably not,” Ford said, “Since my 20 years in St. Louis I had my fair share of hostility from the cops and hostility from institutions that were supposed to protect me, but didn’t. Knowing how assault is dealt with, knowing how reproductive rights and reproductive justice is dealt with in St. Louis and in Missouri. I don’t know if I would feel really good being able to navigate that process.”

The idea of doing so was a “nightmare scenario” that she and her team of collaborators felt needed to be expressed on screen. “Honestly, I wanted to make a very realistic horror film – or something I think black women in particular experience on the daily in states that are very hostile towards our existence,” Ford said.

“Test Pattern” is set in Texas, but Renesha’s experience is not surprising, but no less infuriating – or frightening for that matter than a worst-case scenario in St. Louis. “What I was trying to pull the audience in on was this sort of roller coaster experience of having really, really lovely things get disrupted by things that are completely out of your control,” Ford said. “And I don’t mean like a natural disaster – but, I mean like the systems that should be working for us on a daily basis and how that puts pressure on the most basic modalities of life.”

“What I hope this... – Shatara Michelle Ford

“What I hope this movie illuminates all the ways we are constantly being failed, and I’m kind of tired of it.” – Shatara Michelle Ford

The film also explores how others advocating for justice for Renesha can compound the trauma as opposed to moving her into the direction of healing.

“People with different levels of privilege – who can be our greatest allies at times – if they are not careful or aware, they can bulldoze you or push you to the side in the name of what they think is right for you,” Ford said. “You see this with White folks who want to do the right thing – and I think this is particularly pertinent right now in the current iteration of the movement for Black lives. White people are wanting to go out too and are not necessarily thinking about how their bodies and their behavior can agitate or instigate more pain for the communities they are trying to support.”

Aside from giving language to survivors and the experience of assault, Ford wants “Test Pattern” to serve as a reminder of how America has continually failed Black women.

“Ultimately, what I hope this movie illuminates all the ways in which that happens – whether it is in our interpersonal relationships, in our friendships, with our systems of justice, in our healthcare – we are constantly being failed, and I’m kind of tired of it.”

“Test Pattern” is featured among the Race In America: The Black Experience” sidebar of the 29th Annual Whitaker St. Louis International Film Festival. For a full schedule of films and related programming, visit www.cinemastlouis.org.

Is there a future for Lori Harvey and Michael B. Jordan?