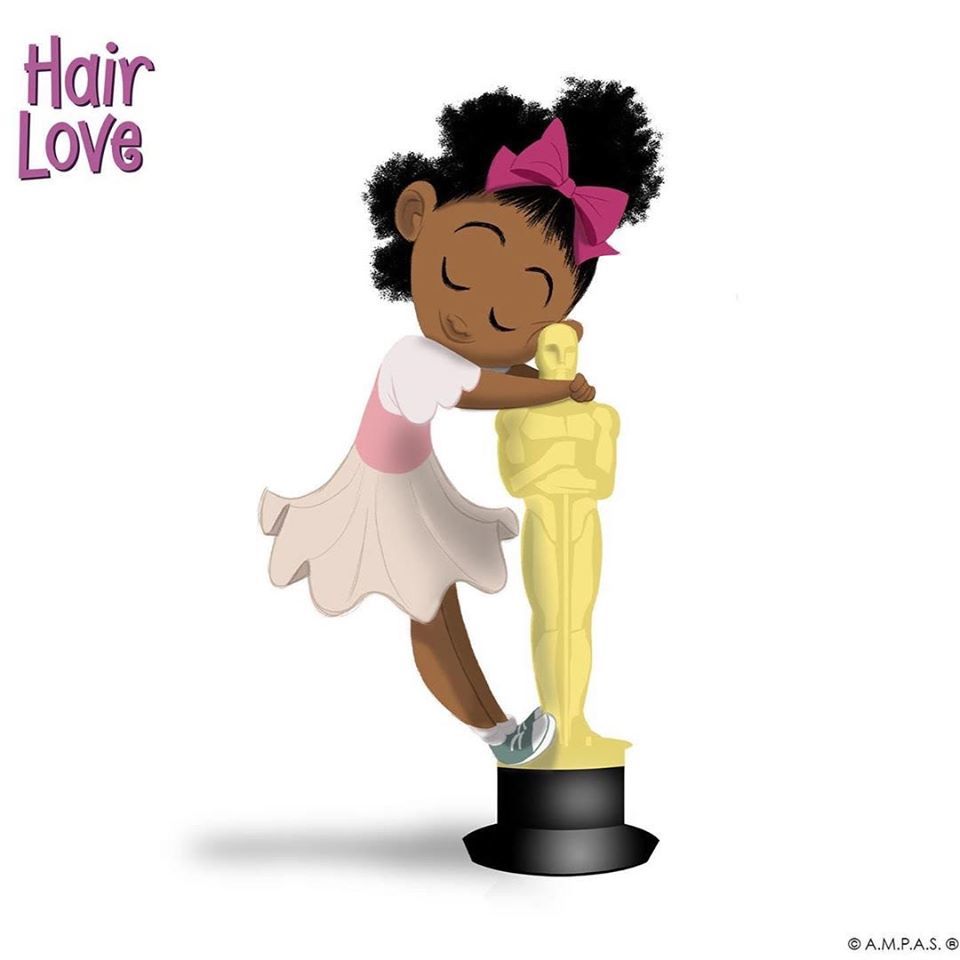 David Steward II, co-founder and CEO of Lion Forge Animation and member of the team of producers for ‘Hair Love’ grips the Oscar statue after the film won “Best Animated Short” honors at the 92nd Annual Academy Awards in Los Angeles following the ceremony on Sunday, February 9. 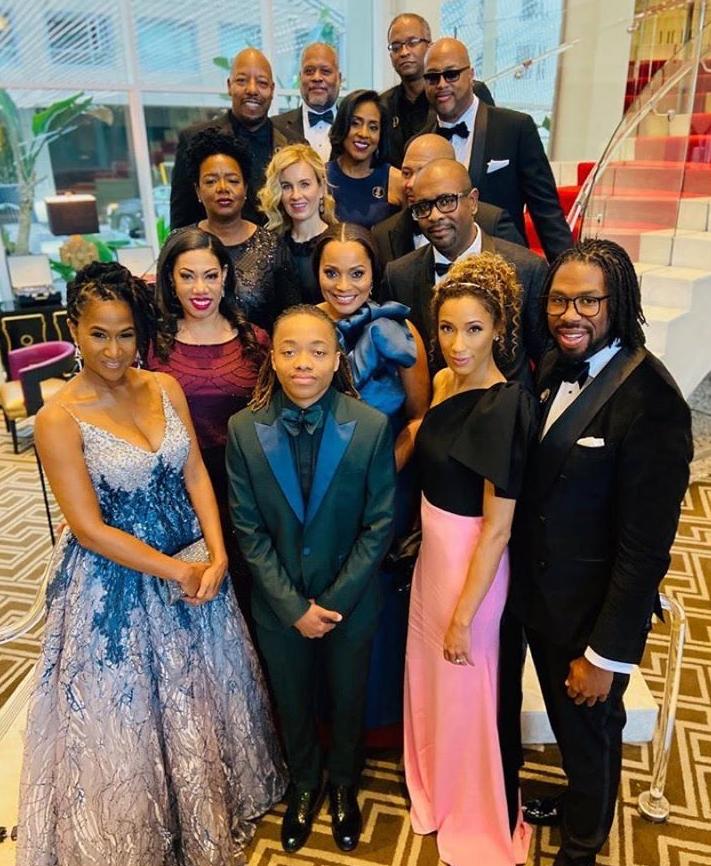 “Hair Love” writer, co-director and co-producer Matthew Cherry is joined by David Steward II, the team behind “Hair Love” and DeAndre Arnold, the Texas teen who may not be allowed to walk at his high school graduation because of his refusal to cut his dreadlocks. Arnold was invited to attend the Academy Awards as a guest of the filmmakers as a result of the controversy.

Through the short film about an African American father and daughter bonding over him learning to comb her natural hair, he joined his sister Kimberly Steward (“Manchester By the Sea”) on the short list of African American Academy Award nominated film producers. The Stewards are the only siblings – African American or otherwise – in the awards nearly 90-plus year history to share the distinction.

“What we have been able to accomplish Matthew, Karen, and the entire team behind the film, is not only remarkable, but inspiring,” David said in a statement via Facebook following the Academy Award win of “Hair Love.”

“We are grateful to the Academy for recognizing this film and all of the love that went into making it.”

The film was written by Matthew Cherry and directed by Cherry, Everett Downing, and Bruce W. Smith.

“‘Hair Love’ was done because we want to see more representation in animation,” Cherry said as he accepted the Academy Award on Sunday. “We wanted to normalize black hair.” Cherry said as he also called for the federal passage of the CROWN (Create a Respectful and Open Workplace for Natural Hair) Act, a California law that prohibits discrimination based on hair style or texture.

“In cartoons, that’s when we first see our movies and it’s how we shape our lives and think about how we see the world,” Tolliver said in her remarks on behalf of the team of producers at the ceremony.

The film’s path to Academy Award victory began with a simple, yet profoundly prophetic tweet.

“Any 3D artists follow me? I got an Oscar worthy short film idea to go along with this image,” Cherry, a former NFL Player, tweeted back in 2016.

The image was of a black man sitting with his daughter at a computer. He had his chin endearingly rested on the crown of her head – and her huge afro puffs were positioned on each side of his face.

In the summer of 2017, Cherry began a fundraising campaign on Kickstarter to get the support he needed to fund the story that the image compelled him to write.

In less than a week, the “Hair Love” Kickstarter raised his goal of $75,000. By the end of the 30 days he set out to raise the funds, he had more than $280,000, which holds the Kickstarter record for an animated short.

The concept of “Hair Love” extended beyond the film and channeled children’s literature. Cherry teamed up with animator Vashti Harrison to create what became a New York Times Bestselling book of the same name while funds for the film were being secured.

“The hair is almost a third character in the book,” Harrison said. “We worked really hard at finding Zuri’s hair texture. It was definitely not something I saw in books as a kid.”

“Often when you hear stories about black fathers, there’s this misconception that we are not involved,” Cherry added. “And there was an article I read recently that actually showed that African Americans are actually the most involved in our kids’ lives. I just wanted to represent that in book form.”

That representation transitioned seamlessly into the animated short after a final push for funds connected Lion Forge and other producers. The Sony Animation project played in theaters around the world during the previews of “Angry Birds II” before it landed on internet video platforms such as YouTube.

“‘Hair Love’ embodies the spirit of our company at its core,” Steward said. “The film exemplifies both our pursuit of honest and top-quality content which represents audiences of all kinds, as well as the belief that something can grow from a humble passion to a force for change, with undeniable influence on the entertainment industry at large.”