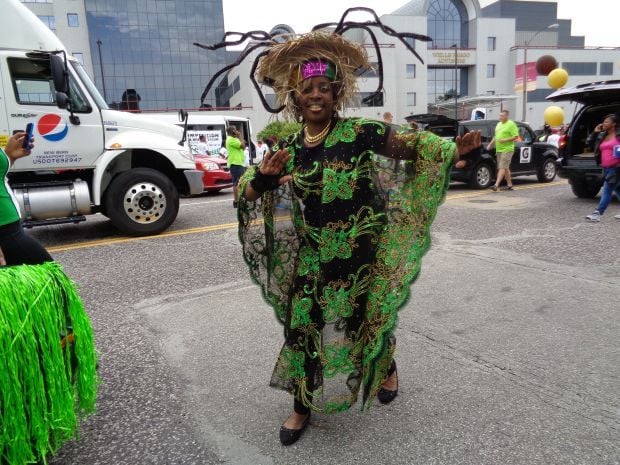 Mama Lisa Gage at the 2015 Annie Malone parade. Her company, Fundisha Enterprises, will celebrate its 20th anniversary with a free show at the Missouri History Museum 2 p.m. Sunday, July 12. 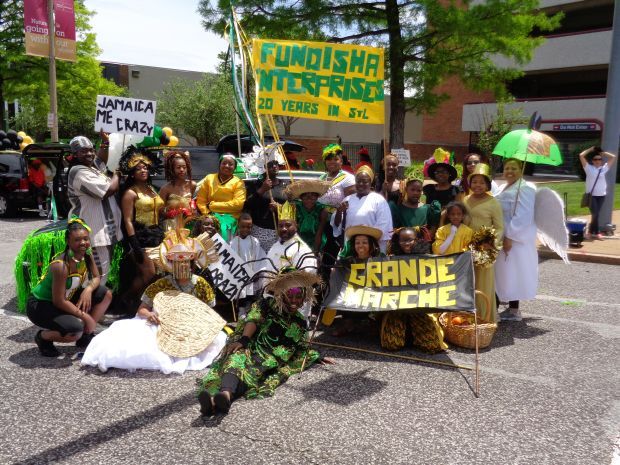 Fundisha Enterprises at the 2015 Annie Malone parade. The company, founded by Mama Lisa Gage, will celebrate its 20th anniversary with a free show at the Missouri History Museum 2 p.m. Sunday, July 12.

Mama Lisa Gage at the 2015 Annie Malone parade. Her company, Fundisha Enterprises, will celebrate its 20th anniversary with a free show at the Missouri History Museum 2 p.m. Sunday, July 12.

Fundisha Enterprises at the 2015 Annie Malone parade. The company, founded by Mama Lisa Gage, will celebrate its 20th anniversary with a free show at the Missouri History Museum 2 p.m. Sunday, July 12.

Oh, my, has it been 20 years already? What a grand journey it has been.

Armed with three young children aged 5, 4 and 2 years old, I took up the challenge of trying to raise them alone. Being a divorced, single mother not only changed my life, but it helped me to develop a better relationship with my community.

Like all moms, I needed help with finding local activities geared towards enriching my kids. Yet, my desire was to have them immersed in black arts.

By the mid-1990s, I had already danced with five dance companies. I gained my first professional experiences with the Black Rep under director Ron Himes and choreographer Terri Brown. My feet danced on to the beats of Cambooley (with Oswald Moses of Trinidad), Afi Ama Folk Performing Company, Unity Art Ensemble, and the McCree Theater dancers of Detroit.

I stretched my skills to include drumming and song and became inspired to delve deeper by getting trained in costume-making and design.

I began to travel throughout the year to attend African dance conferences. These dance feasts always included people from around the world sharing their cultural and oral traditions in dress, language, foods and folklore.

Rooting myself deeper helped to propel me to an epiphany: Why send my kids to other programs for arts enrichment? I can do it myself! And I did.

In 1995, I founded Fundisha Enterprises, a cultural arts education company. I decided to focus on Pan-African legacies that were kept alive not only in Africa, but in the Caribbean and in the Americas as well. The company has since provided music, song, dance, folklore and craft arts instruction to thousands of kids in the St. Louis metro area.

In the early years, I catered to single moms. Having three kids under the age of six meant that no one wanted to babysit for me. So, I empowered myself by hosting other families of children, which gave those moms a chance to grocery shop or take nap without the worry of rushing to pick up their kids from weekend classes.

Nearly 30 students spent four-hour sessions with me, and I even fed them lunch. We grew together to enjoy one another in Mama Lisa’s little village. The lessons began to spread to places outside of the home-studio and spilled into schools, churches, colleges and museums.

Our performances and workshops helped to fund field trips, supplies and costumes. Today, several of my students can literally attest to having 20 years of African cultural training at Fundisha Enterprises. Wow!

Fundisha will celebrate its 20th anniversary with a free show at the Missouri History Museum on Sunday, July 12 at 2 p.m.

Fundisha will perform a folktale, “Buseji the Sacred Mask Tree.” Mama Lisa will spin a tale of where masks come from as the stage comes alive with music, song, and dance. Many of the performers and musicians are former company members and supporters, including folk arts master Kasa Panzu of the Democratic Republic of the Congo.

Fundisha will present a free African dance class for children at the Missouri History Museum on Saturday, July 11 at 10:30 a.m., teaching dances from the show.

Mama Lisa will also partner with Carol Swartout Klein, author of “Painting for Peace in Ferguson,” by leading a free dance workshop at the museum on Tuesday, July 28 at 11 a.m.