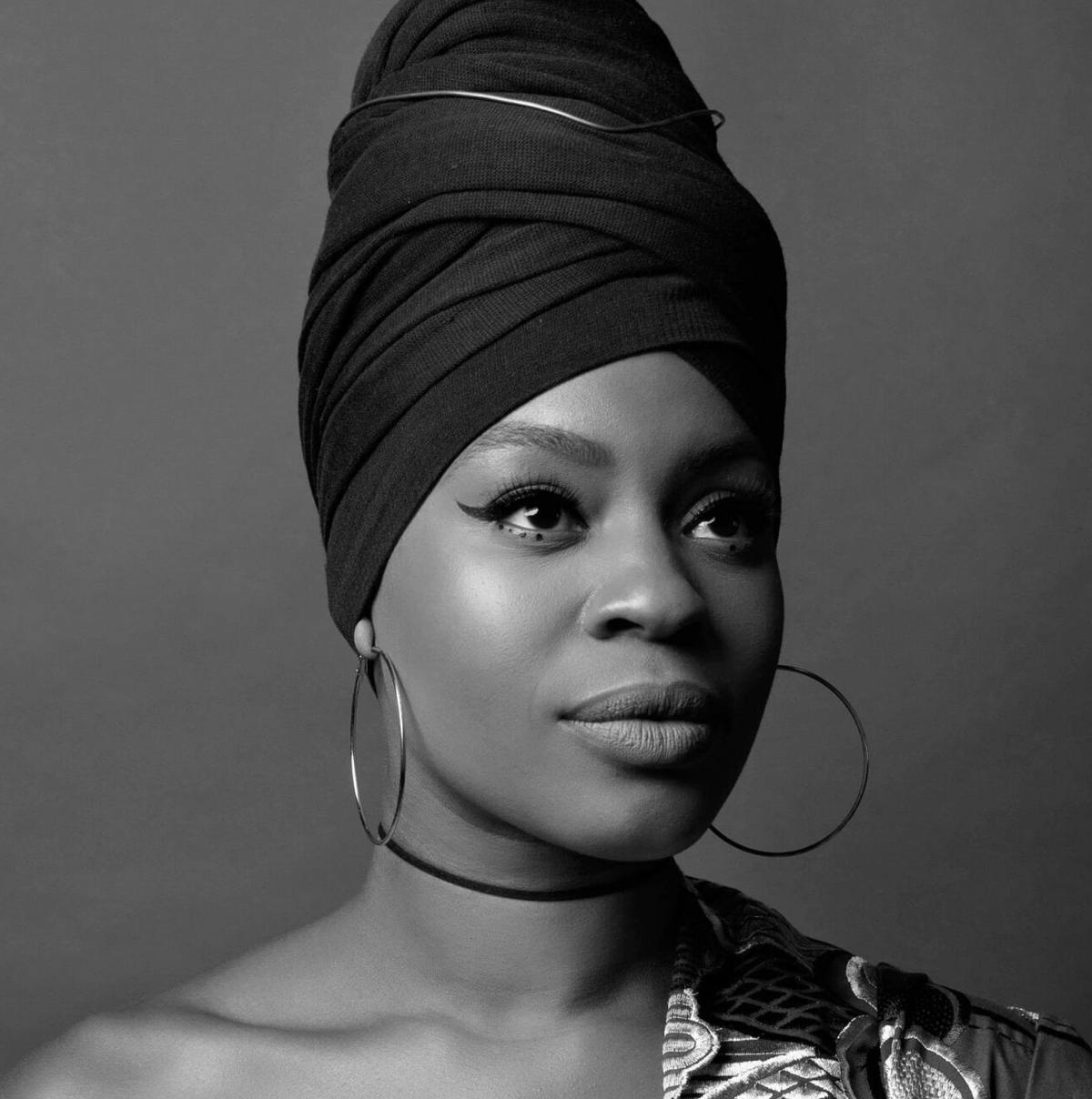 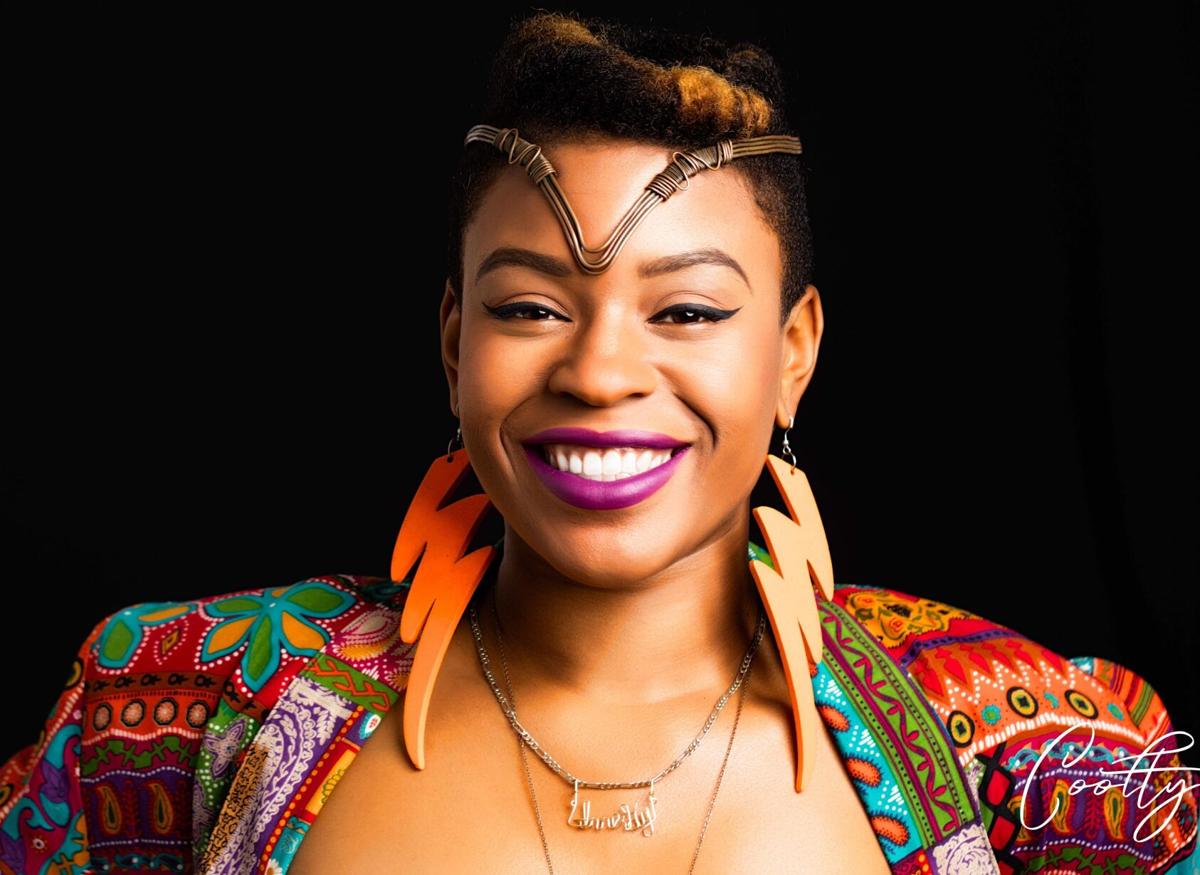 Dacia “InnerGy” Polk is an award-winning poet and owner of the weekly open mic series WordUp!

The local showcase provides a safe space where untapped and undiscovered talents step on stage at Legacy Books & Café. There they speak up in an intimate, welcoming setting.”

This year marks the event’s sixth anniversary of its successful impact on the arts and entertainment scene in St. Louis.

In 2014, Polk, a poet, launched the series at 24 to promote unity and highlight creative people whose voices deserved to be heard.

“I saw how people connected with my words, and decided to launch my own platform for others, Polk said. “I wanted to have a platform where we could freely express ourselves through art.” Polk said.

Since its inception, the weekly event has had a number of venue changes due to businesses closing, scheduling conflicts, differences of opinion and crowded spaces.

WordUp! began at Cabana on the Loop, which is now Prime 55. It  then moved to the Office lounge, which is now Blue Lounge, and countless other locations before finally settling into Legacy, where it’s been since November 2019.

Despite challenges in finding a permanent, centrally located spot for the event, Polk realized it was still important to provide a safe haven to unwind, unpack and give voice to whatever folks were going through.

“It provided people with a mental break within a safe space for expression,” Polk said. My team and I created a community of people that needed us. They needed for us to exist.”

Polk activated WordUp! three years after she made one of her hardest decisions: she was already a mother of two and was pregnant with her third child.

It was a difficult time, as she was still battling postpartum depression and didn’t have the support system she needed. She decided to give her child up for adoption.

Poetry was the refuge she leaned on in one of the biggest sacrifices she’d ever made.

“Poetry saved me ‘cause I needed to get therapy to learn how to speak my truth,” Polk said. “I needed to go through all those evolutions of self-acceptance.”

The now 32-year-old mother of a 13-year-old son, an 11-year-old daughter, in addition to her third child, a son, with whom she maintains contact. They exchange letters and pictures regularly, and video chat occasionally. Her children are the driving force that keeps her going, she said.

“My children love what I do, they really support what I do, and they’re my main driving force to keep me going,“ Polk said. “Motherhood brought me a whole new outlook on life.”

The coronavirus pandemic is another obstacle Polk has had to overcome.

After hosting an open mic series from July to December, Polk and her team had to hit the pause button when a team member tested positive for Covid-19.

“During that time away from the series, I managed to strengthen my leadership skills, gain better communication skills, and bring on a team of artists to help me with a lot of the groundwork that goes into producing the show,” Polk said. “It’s created a beautiful synergy that I’m grateful for.”

Due to Covid-19 restrictions, Polk plans to incorporate live-streaming. To ensure safety for guests who prefer in-person visits, temperature checks are implemented, sanitizer stations are available, seats are placed six feet apart for social distancing, microphones and equipment are sanitized before and after performances, and contactless payments are mandated.

Ticket holders who paid in advance receive early access into the venue.

“Having artists tell me how important the space is and having people tell how they never knew talent like this existed in St. Louis shows me I have something special. I need to continue to see where it will take me.” Polk said.

A 2007 Gateway STEM High School graduate, Polk, has been known for her poetry, infectious energy and community activism since the 2014 Ferguson uprising. In 2017 Delux Magazine named her one of the 30 under 30-year-old entrepreneurs.

In 2017, she was nominated for Best Poet of the Year by Global 1000 for Blacks in Tech. She was also named Best Poet at the Slum Fest Awards and received the Chosen for Change Foundation award, an initiative started by Michael Brown Sr. The award is in honor of Michael Brown Jr. who was killed in a 2014 death by a Ferguson police officer.

WordUp! Meets from 7 to 11p.m. on Tuesdays at Legacy Books & Café, 5249 Delmar Blvd. Admission fee is $5 for performers and $10 for guests. Tickets are available through Eventbrite at WORDUPOPENMIC.EVENTBRITE.COM.