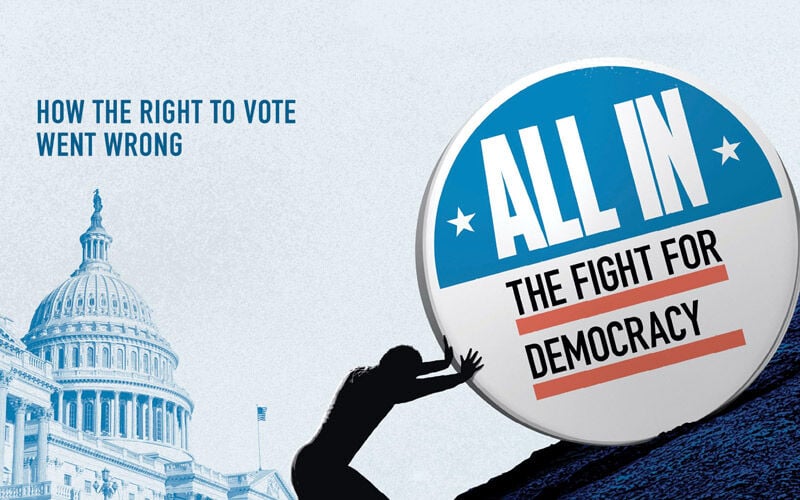 “All In: The Fight for Democracy” by Liz Garbus and Lisa Cortés is open in select theaters and will be available for stream on Amazon Prime Video on Friday, September 18. 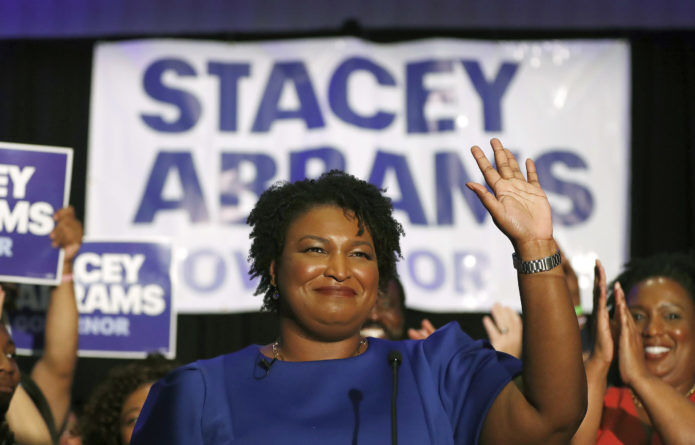 “Voter turnout is the best remedy for voter suppression,” 2018 Georgia gubernatorial candidate Stacey Abrams says in “All In: The Fight for Democracy’ by Liz Garbus and Lisa Cortés.”

With Americans preparing to cast their votes in the next election in less than two months, filmmakers Liz Garbus and Lisa Cortés present an urgent message with their film “All In: The Fight for Democracy.”

They want American citizens to know that from the country’s inception, systems have been created – and recreated – to keep certain people from being properly represented at the ballot box – which is why them going to the polls is of the utmost importance.

“Voter turnout is the best remedy for voter suppression,” 2018 Georgia gubernatorial candidate Stacey Abrams says in the Amazon Studios film that will be available for streaming on Friday, August 18.

The film weaves in Abrams’ rise to political prominence and her experience of losing the election by a devastatingly narrow margin. Parallel to Abrams’ story is a chronicle of the history of the Black vote and mainstream political structures’ unrelenting work to dilute, suppress and destroy its power by any means necessary – whether legislation or violence.

Her experience of a 1.2% defeat by Brian Kemp, who worked to systemically suppress the black vote in Georgia for nearly a decade before his campaign for governor, is evidence.  From Reconstruction to the election of President Obama, every demonstration of power with respect to the Black vote was met with heavy-handed opposition.

In addition to Abrams, “All In: The Fight for Democracy” enlists the expert opinions of major political players and scholars to make the film’s case.

Viewers are presented with a timeline of history repeating itself as far as the political system responding to the notion of a strong African-American voting base as something that must be feared and destroyed.

Just as Black people emerged from slavery proving themselves apt and eager to be a part of the American political system as new citizens, they were subjected to the legislation and strategies that created the Jim Crow South, compounded with threats of violence

There was a purge of black political participation due to racial terror. The film pointed out the case of Maceo Snipes. It had only been a few years since Snipes had returned from serving his country in World War II that he decided to bravely cast his ballot in a 1946 election. He was the only Black person in Taylor County Georgia that voted in 1946 – where there was a sign directed at Negro voters that said, “You vote, you die.” Three days later, Snipes was executed on his front porch by white men who were absolved of criminal charges.

The election of the first African-American president in 2008 was a siren call for those fearful of a democracy that reflected the diversity of the nation. And so began the undermining of laws that made it possible for Barack Obama to be elected.

“Throwing out preclearance when it has worked and is continuing to work to stop discriminatory changes is like throwing away your umbrella in a rainstorm because you are not getting wet,” U.S. Supreme Court Justice Ruth Bader Ginsberg wrote in her dissenting opinion.

“All In: The Fight for Democracy” traces the voter prevention experienced by Black voters from the late 19th century through 1965 reemerged as voter suppression. Voter ID laws, voter purges, drastically reduced polling places and gerrymandering replaced the poll taxes, literacy tests and overt threats of violence for African Americans who dared to go to the polls two generations before. Disinformation and propaganda about voter fraud serve as the basis for the argument for pro-suppression. And Abrams’ run for governor was one of many casualties as the campaign is still underway to impede Black, Hispanic and Native Americans from having a say in the American political process by way of their vote.

But, as with most American stories, the horrors are juxtaposed with hope – and “All In: The Fight for Democracy” attempts to compel the viewer to buy into becoming politically engaged with the same amount of fervor of those who want to see them resigned to apathy due to political disenfranchisement. In honor of their great and great-great grandparents who risked their lives to guarantee, the film encourages people to endure any and all obstacles to enforce their birthright to be civically engaged.

“Every voice matters, and every vote counts,” Abrams said. “And we will do everything in our power to make it so.”

“All In: The Fight For Democracy” is rated PG-13 with a running time of 142 minutes. The film is open in select theaters and will be available to stream via Amazon Prime Video on Friday, August 18.