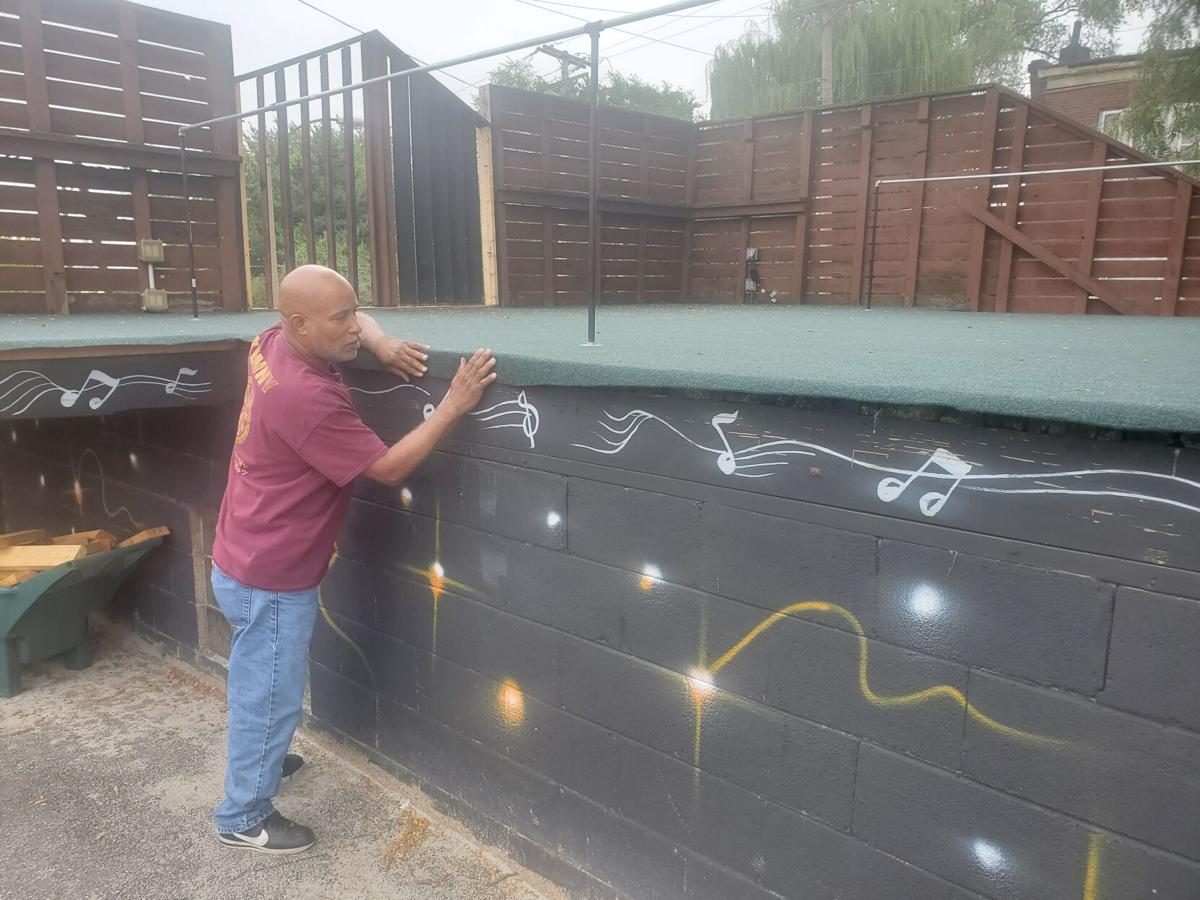 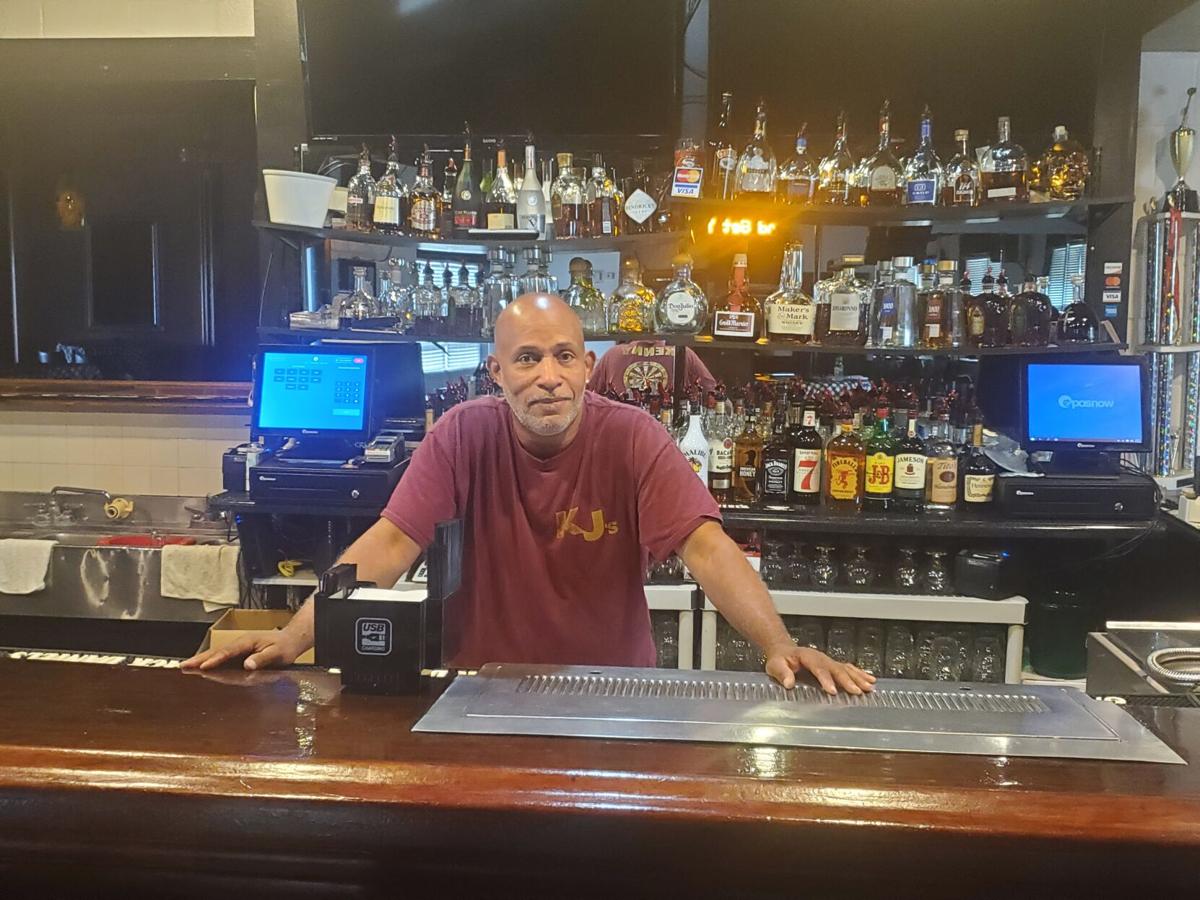 Kenneth C. Martin, co-owner of KJ’s Bar & Grill, tells patrons, “Listen, y’all know with this coronavirus we’re under restrictions. So, if you can’t wear your masks, you will be asked to leave! I can’t afford to be shut down for two weeks.”

“I have never, in my 60 years of life, seen anything like this.”

Like thousands of other restaurant and bar owners, Kenneth C. Martin, co-owner of KJ’s Bar & Grill, at 5300 N. Broadway, was rocked by COVID-19. Back in May, the American Nightlife Association, a trade group representing more than 30,000 clubs nationwide, reported that the nightlife industry had already loss about $225 billion in revenue due to mandatory shutdowns. The loss to businesses continues to increase exponentially.

Martin is no exception. His club at 5300 N. Broadway opened in 2017. No one under 30 is allowed for evening gatherings. KJ’s food, pool & dart room, themed events such as Wednesday Game night, Monday and Thursday night karaoke and Bop practice on every other Saturday kept the place at capacity-crowd levels.

The good times came to a screeching halt as the new coronavirus shuttered businesses like Martin’s earlier this year.

Martin has been in the entertainment business for decades. In a way, it was preordained. His mother worked at the Voyager Lounge on Lindell and, when Martin turned 16, she recruited him.

“I started as a busboy and dishwasher,” Martin recalled. “Then I became a prep cook, a cook, a waiter, bartender and ended up managing the lounge.”

Martin credits his stepfather, Edward Grantham, a 27-year U.S. Air Force veteran, for instilling a sense of “structure” in his life. The former military man didn’t tolerate slackers, so Martin and his four siblings learned to hustle at early ages.

“I was making money as a little kid,” Martin laughed, recalling how he cut grass in the summer, shoveled snow in the winter and delivered newspapers year-round. Martin had picked up another trade in his early years. Working with a neighborhood handyman, Martin learned electrical, carpentry and plumbing. By the age of 18, he was running the lounge by night and doing light construction work by day.

Learning to do for himself as a kid has paid off in Martin’s adult years. Never one to be satisfied with one job, he started a mobile carwash business in 1995, the same year he went to work at the Chrysler Plant in Fenton. His older brother, Donald, convinced him to put his restaurant and lounge experience to work as a partner in a new venture. In 2001, they opened Two Brothers on Natural Bridge near Interstate 170.

It was there that Martin said he perfected his formula for success: good food, good drinks, a mature crowd, and variety of adult-pleasing entertainment. The bar was so successful, so quickly, Martin said, the landlord decided to triple his rent.

Refusing, Martin opened Brothers in Woodson. It was a nightmarish experience, he recalled. After nine months and about $100,000 in rehab and costly, city-mandated adaptions, Martin finally opened the club. It was another hit, but after three years he and the leaser fell out and Martin left the club behind.

In 2012, he opened the Cotton Club in Kinloch. His formula worked for two and a half years before a falling out with new partners ended his involvement with the venture.

Done with the nightclub business, Martin returned to light construction. But, since he still had all his karaoke equipment, he started accepting karaoke gigs around town. He had a loyal club-to-club following which benefitted him when he opened KJ’s in 2017.

Martin said he learned valuable lessons from his other failed ventures. For three years, he and his partner, Jesse Davis, have run KJ’s like a well-oiled machine with capacity crowds on almost every night, especially with Thursday and Saturday karaoke.

Then, on March 21, St. Louis city and county officials announced new stay-at-home orders to slow the spread of the virus. Days later, Martin’s manager contracted the coronavirus. It was just one in a series of setbacks, Martin said.

“We went from making damn good money to being closed for two months,” he said. “I couldn’t pay utilities, couldn’t pay rent and had to use credit cards, which is nothing but interest payments. I’ve seen bad times before but nothing like this.”

By mid-May, the City of St. Louis allowed restaurants and bars and other select businesses to reopen under strict safety restrictions. Martin thought the tide was turning.

Then, in late July, the city announced new restrictions for bars and restaurants that including capacity limits and an 11 p.m. curfew. Since non-compliant bars and nightclubs will be shut down for 14 days, Martin made serious adjustments. Now he only operates at 25% capacity. Tables are six feet apart. He canceled Game Night and Bop practice. Karaoke singers must use mic covers and wear masks when they’re not singing, drinking or eating. He consistently enforces the rules from the DJ booth.

“Listen, y’all know with this coronavirus we’re under restrictions,” Martin said. “So, if you can’t wear your masks, you will be asked to leave! I can’t afford to be shut down for two weeks.”

The shutdown came with an unexpected blessing, Martin said. It’s given him time to fix up his outdoor patio. Now he offers the venue for free to bands, groups or individuals, banking on an idea that their guests will buy KJ’s food and drinks.

So far, the gamble is paying off. A recent outdoor Pride event netted over $2,500, “enough to pay some bills,” Martin said.

The seven-month downturn has been a tremendous challenge for Martin and KJ’s. Still, he insisted, COVID will not defeat him.

“I’ve been through a lot of businesses, and I learned one thing: They don’t fail until you quit,” Martin said. “I’m a creative dude. I’ll find a way to get through this.”