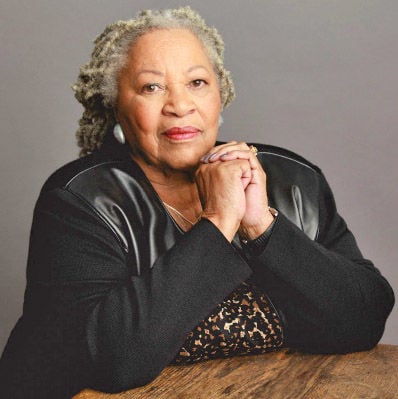 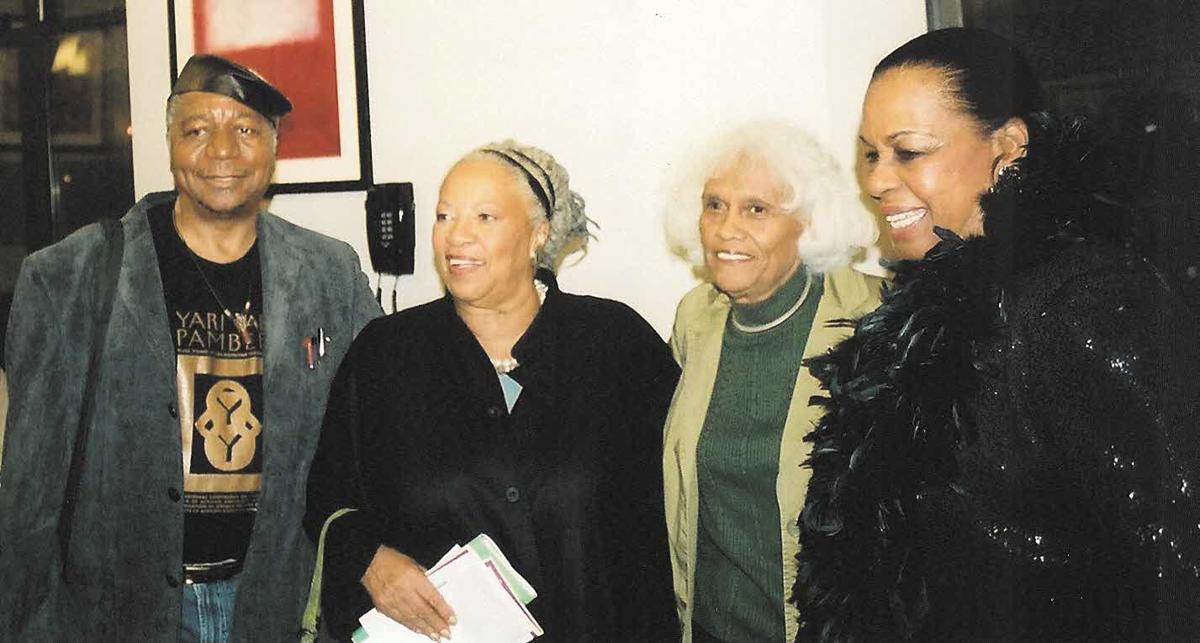 Black culture lost a monumental giant with the passing of Nobel laureate Toni Morrison, who died after a brief illness on Monday, August 5. She was 88.

East St. Louis poet laureate Eugene Redmond remembered vividly the last time he saw his friend, former agent and literary collaborator. He was at the funeral of another icon, Maya Angelou.

“I was in the photo area of Riverside Church in New York firing away,” Redmond said. “She looked over, winked at me and gave me a wave.”

Redmond’s history with Morrison goes back as far as her storied career as a published writer. He refers to her as simply “Morrison” in the way that teachers and professors address each other out of earshot from their students. They were both former educators. Morrison’s last teaching post was at Princeton University and Redmond recently retired as an emeritus professor of English, founding editor of Drumvoices Revue, and former chairman of the Creative Writing Committee at Southern Illinois University-Edwardsville.

“Who was the greatest folklorist? Morrison,” Redmond said. “Who could write the most formidable sentence? Morrison. Who told the most truth about black people – who said that we cannot have a true black literature until we hear our women’s voices? Morrison.”

It was the one time Redmond’s voice cracked in his otherwise lively conversation about her.

“Who had the gall to say, ‘I didn’t have white people in my book because they were not important enough, or central to my narrative?’ Morrison,” Redmond continued. “I can go on with twenty other things. Morrison. Morrison. Morrison.”

As the world mourns her genius and immeasurable contribution to the canon of American literature, Redmond knows her well enough to talk about her personality, her demeanor – and even her laugh.

They came to know each other through their collaboration on the posthumous releases of books by East St. Louis resident Henry Dumas.

Dumas’ first two books had been initially published in hardback by Southern Illinois University Carbondale, and Morrison asked if there was more work.

“I said, ‘yes, but it’s not ready to be published,’” Redmond said. “She said, ‘Send me some.’ I sent it to her, and she said, ‘Oh this guy is a genius. This is some of the greatest stuff I’ve ever read.’ I knew he was brilliant, but there were aspects of his work that my consciousness hadn’t allowed me to arrive at an appreciation of yet.”

“I would refer to Morrison as the in-house editor, and myself as the out-house editor,” Redmond said. “She got a real kick out of that.”

Before she became a Pulitzer Prize and Nobel Prize-winning novelist, she was one of the most powerful black women in publishing. After realizing she had hit a ceiling as a professor without a PhD while working at Howard University, Morrison answered a newspaper ad for an editor position in the textbook division at Random House. She worked there for several years. In addition to her work with Dumas, she used her influence to bring African authors like Wole Soyinka to U.S. readers. She also gave popular black culture personalities and activists like Muhammad Ali, Angela Davis and Huey P. Newtown a platform to tell their story.

In the early 1970s, she decided she had her own story to tell and released her debut novel, “The Bluest Eye.”

With its unapologetic and undiluted references specific to the black experience, Morrison’s work as a novelist changed the landscape of fiction.

She was born Chloe Ardelia Wofford on February 18, 1931 in Lorain, Ohio, the second of four children born to parents who moved north as part of the Great Migration. The nickname Toni came in adolescence from her Catholic baptismal name, Anthony. After high school, she moved east to attend Howard University, where she met her future husband, Harold Morrison, a Jamaican architect. She was pregnant with the second of their two sons when she filed for divorce in 1964.

The next year, she began her career at Random House – and became a published author less than a decade later.

“She was the greatest of the cohort of black women writers who emerged in the 1970s and early 1980s – folks like Gayle Jones, Gloria Naylor, Alice Walker, Michelle Wallace, Toni Cade Bambara, and the like,” said Gerald Early, Merle Kling professor of Modern Letters and director of the Department of African-American Studies at Washington University in St. Louis, as well as noted author and cultural critic. “She transcended the black gender wars of the time. I thought she created some of the most complex and compelling black male characters of the period.”

“She taught us no one was more divine than a black man and a black woman,” Redmond said. “She was what we call a living ancestor – That’s an African moniker that means that you are so emmeshed, so imbued with and so one with the living, the dead, and yet to be born, and with your tradition.”

She returned to academia at Princeton University in 1989 – where she held her post as the Robert F. Goheen chair in the Humanities until retiring in 2006.

In 1993, she became the first African American woman to be awarded the Nobel Prize for Literature.

“What a life!” Redmond exclaimed. “Morrison stands alone. I loved her and she taught me so much. There just won’t be another.”

In addition to winning the Nobel and Pulitzer prizes, Morrison was awarded the Presidential Medal of Freedom, America's highest civilian honor, in 2012 from President Barack Obama.

“Toni Morrison's prose brings us that kind of moral and emotional intensity that few writers ever attempt,” Obama said during the Presidential Medal of Freedom ceremony. “She believes that language, ‘arcs toward the place where meaning might lie.’ The rest of us are lucky to be following along for the ride.”

She often used her writing to explore the dark side of human behavior.

“The danger that can consume many writers – and sometime take them out – she went right into it,” Redmond said. “And by danger, I mean there’s a self-exposure that comes through the exposure of her characters. As one psychiatrist, Otto Rank, said, ‘Whatever you write is in you.’”

Morrison wrote the unthinkable, the unspeakable and the unwritable.

“Baldwin used to talk about things being unspeakable,” Redmond said. “Morrison might not have spoken it, but she wrote it. And she always had an answer for every cruel thing that happened in her work.”

Redmond believes that her legacy will be that she encouraged future generations to develop a love for comprehensive reading and critical thinking.

“This is a Facebook civilization – and Twitter with its 140 characters,” said Redmond. “You cannot read Toni Morrison and have that mindset. Each sentence of Morrison’s is like a mini Picasso. Each sentence is a mini-sculpture by the great Augusta Savage.”