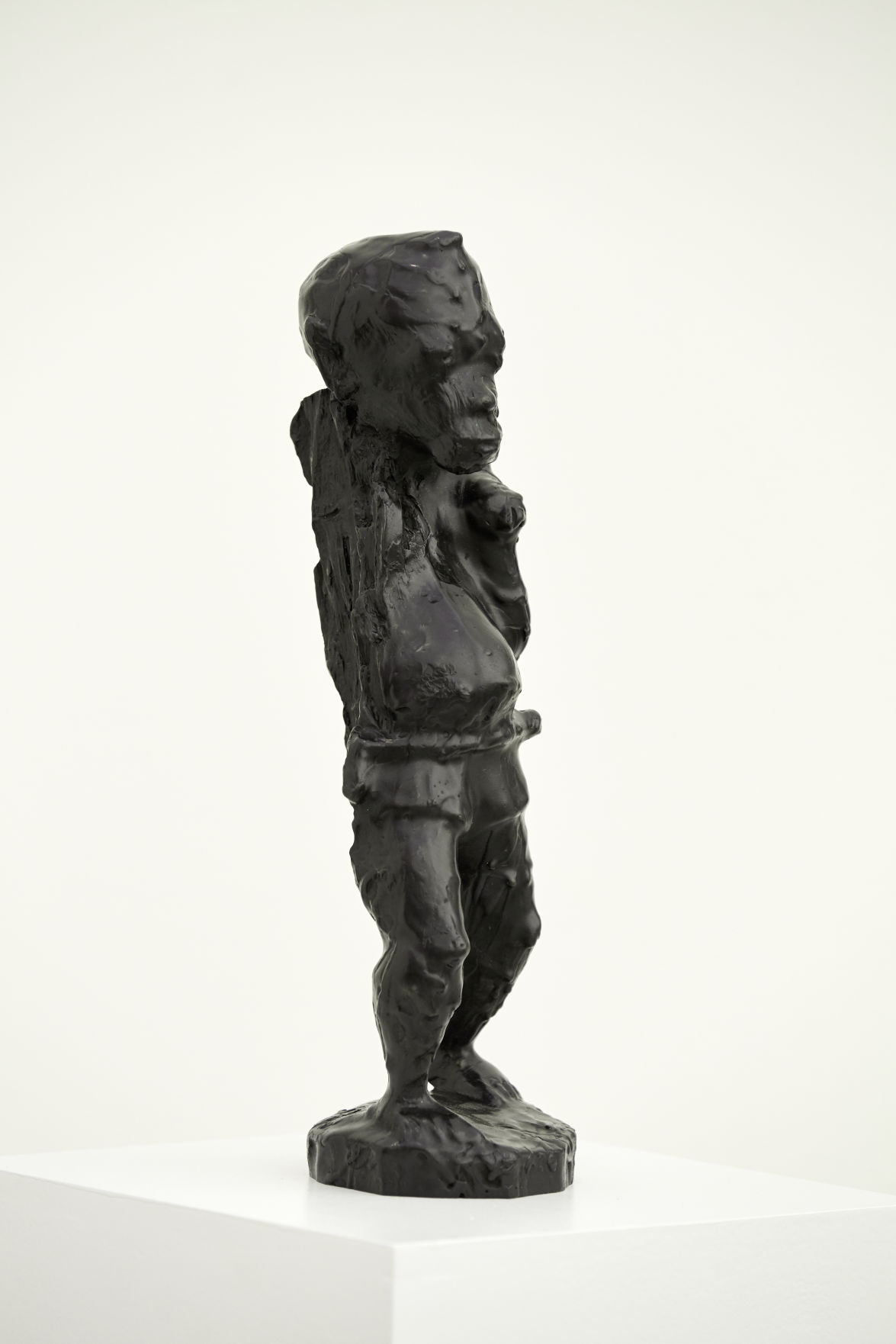 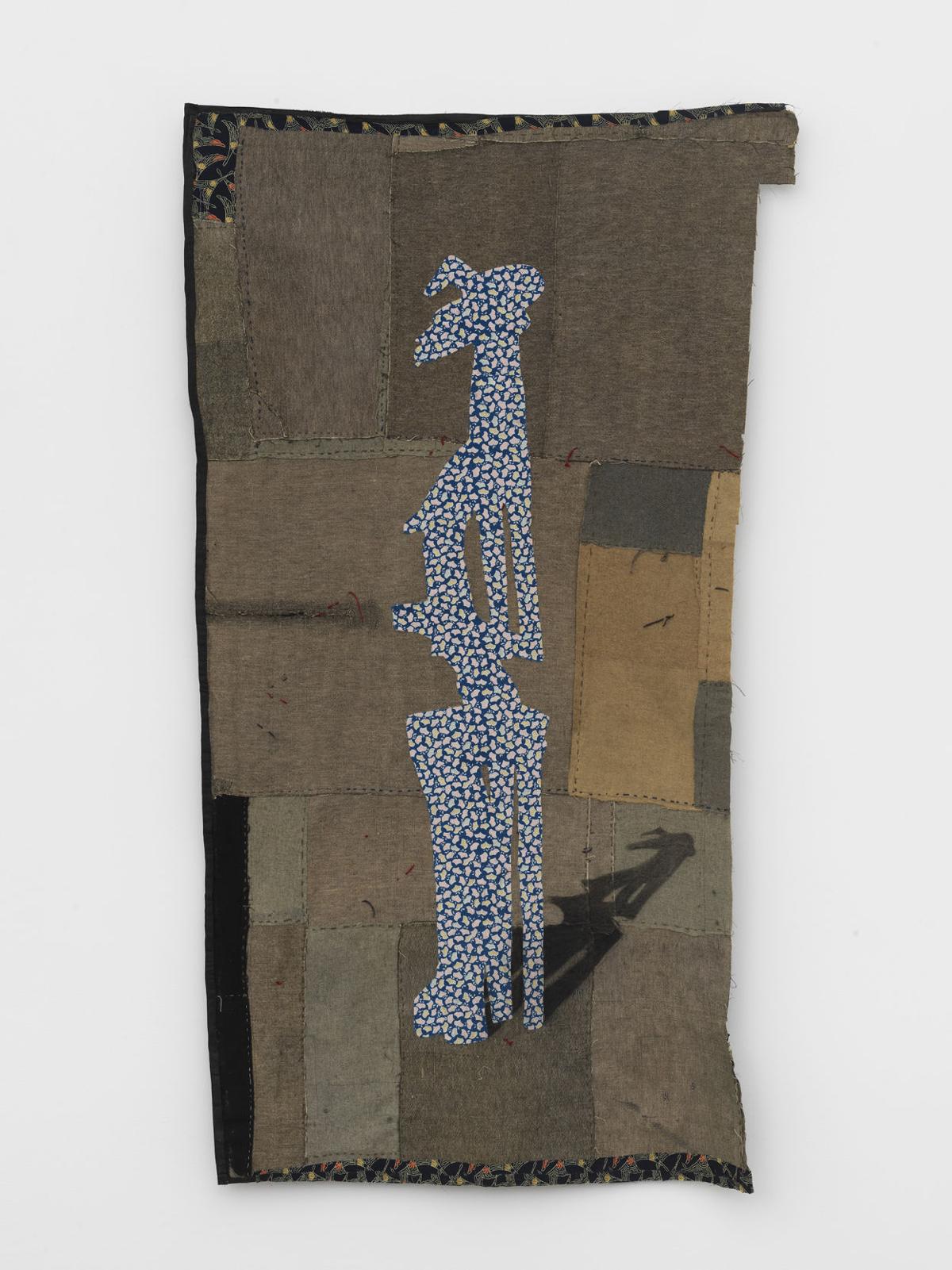 Sanford Biggers’ self-titled show that opens at Contemporary Art Museum St. Louis on Friday, September 7 – the first exhibition here for the New York-based artist – should come with a trigger warning.

Biggers’ work on display at CAM will include work from his “BAM” series that probes police killing of unarmed black people. His process is complex and his approach is respectful (Biggers is himself a black man, no stranger to police harassment), but the work can be unsettling and – especially its video components – difficult to watch.

Biggers takes African sculptures he has collected at flea markets and tourist shops, dips them in wax, then has his director of photography Raoul Germain riddle them with bullets. He then either bronzes the mutilated figure or coats it with ferric nitrate and titles each one in memory of a victim of police violence, first name only. These mutilated figures in memory of people killed by police are haunting.

The videos of the figures being pierced by bullets can be downright disturbing. Biggers edits the videos so that the shootings also run in reverse, with the figure becoming reassembled and the bullets exiting the way they came. But this mostly reinforces the tragedy that victims of police violence do not get to reverse their deaths and become whole again.

Asked if he had concerns that this work could be triggering, Biggers said, “Yes, I have spoken to some who felt that. I myself even feel that way. But this art work is not about any beautification. It’s about memorializing people, keeping them in memory, never forgetting. The actions are traumatic, but they will be traumatic until changes are made. Meanwhile, the dialogue continues.”

Biggers did make a “BAM” piece in memory of Michael Brown (“For Michael”), but it did not travel to St. Louis; it is on display at the Equal Justice Initiative in Montgomery, Alabama. The video associated with it may be viewed on Biggers’ Vimeo page, https://vimeo.com/moonmedicin, though Ferguson veterans are advised to view it with a trigger warning.

The St. Louis audience likely will focus on the “BAM” pieces, given the region’s engagement with police accountability and continuing trauma over the loss of lives to police, but for Biggers they form part of a larger body of work that will be represented at CAM. He also makes videos other than the “BAM” videos and paints on old quilts, “forming a dialogue that speaks to the past and present and a collaboration between the unknown quilters and himself,” as the CAM exhibition notes state.

“All the work speaks together, not in a vacuum,” Biggers said. “You have to spend time with all of the objects. They all speak with one another and inform one another. Every piece informs the next piece. It’s a process work.”

Biggers see the “BAM” work in the tradition of African power figures, where objects retain transformative spiritual power. Similar power figures appear in his quilt work and other videos as well. “I look at them as power objects that continue to symbolize the loss of lives and potential to still fight,” Biggers said. “They are injured, but still in battle.”

Or, as we say to those we lose: Rest in power.

“Sanford Biggers” – which was organized for CAM by Lisa Melandri, executive director – will be on display September 7 – December 30. Biggers will give an artist talk 6:30 p.m. Thursday, September 6. It also will be the focus of the program “RE: Black Visual Mourning” 6:30 p.m. Wednesday, October 10, featuring Rebecca Wanzo of Washington University, Nichole Bridges of the Saint Louis Art Museum, and Michael Gillespie of City College of New York. For more information, visit https://camstl.org.