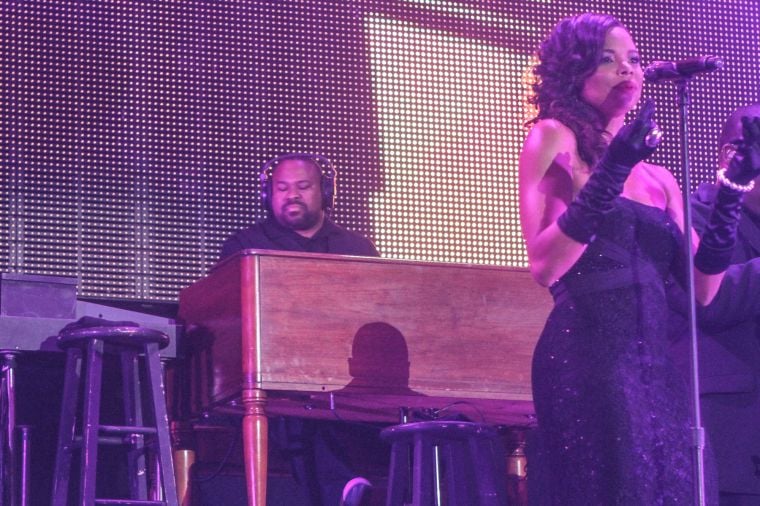 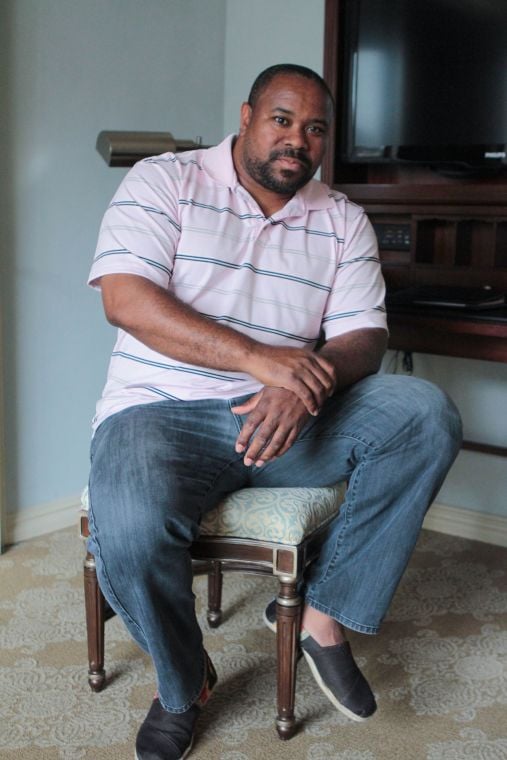 “When we would circle up for prayer, for some reason I would always be by her,” Shedrick Mitchell said of the late Whitney Houston. “And when she would pray, she would be squeezing my hand so tight. I would be like, ‘Nippy, you’ve got a man’s hand grip.’”

He spent nearly decade as the lead keyboardist for Houston’s band. From 2004 until her untimely passing last February, a man from St. Louis was backing her up on keyboards.

After graduating from McCluer High School, he received a full scholarship to the Mannes College music program in New York City. He went on to work with Stevie Wonder, Chaka Khan, Al Green, Jay-Z and Whitney.

Mitchell was recently inducted into McCluer’s Wall of Fame for his work as a musician and producer. On Saturday, August 24 he will return to his alma mater as they host him and the New York-based male gospel ensemble Manifest.

Last December he came home to join fellow McCluer classmate and former Yellowjackets drummer Marcus Baylor to headline The Sons of St. Louis concert at Jazz at The Bistro. They used to sneak into the club as high school students.

“It used be called Just Jazz and was run by a woman named Barbara Rose,” Mitchell said.

“It came to a point where she was like, ‘I know these guys. They are up and coming musicians. So just set them up a little spot and make sure they aren’t getting any alcohol and we’re good.’”

He began his career as a musician at Southern Mission Baptist Church, where his father, Bishop John Mitchell Jr., serves as senior pastor.

“I tell my mom and dad thank you all the time for those times that I wanted to be on the basketball court or going hard with my boys, but my dad would be like, ‘Shedrick!’ – calling me in to practice,” Mitchell said.

“And I would be like, ‘Dang, nobody but me has to do this.’ But now look how far it has taken me.”

Now Mitchell has been a member of Maxwell’s band for five years.

“He’s a good dude and a very giving person – he kind of reminds me of Whitney in that aspect,” Mitchell said. “I enjoy working with him.”

Known for employing some of the best musicians in the world – including three from St. Louis – Maxwell gives his band liberty to showcase their gifts, and Mitchell makes the most of it.

“If you’re playing to crickets, they’re not connecting,” Mitchell said. “My thing is being able to and trying to connect with the people.”

He credits his mother, Sandra Mitchell – and the church mothers – for driving home that lesson.

“My mother would say, ‘Boy, you’re playing all of these notes, but sometimes you have to just hold the note for a little while,’” Mitchell said.

“And those mothers of the church would be like, ‘Hallelujah.’ I was like, ‘Oh, I think I understand now.’”

In doing so he says he bears witness to the power of music, which is ultimately a higher power.

“She was just a beautiful soul, so giving and amazing,” Mitchell said. “There’s not a day that goes by that I don’t miss her or think about her.”

Whitney Houston was a hoodrat just like Michael Brown.

Everyone counts in Census 2020