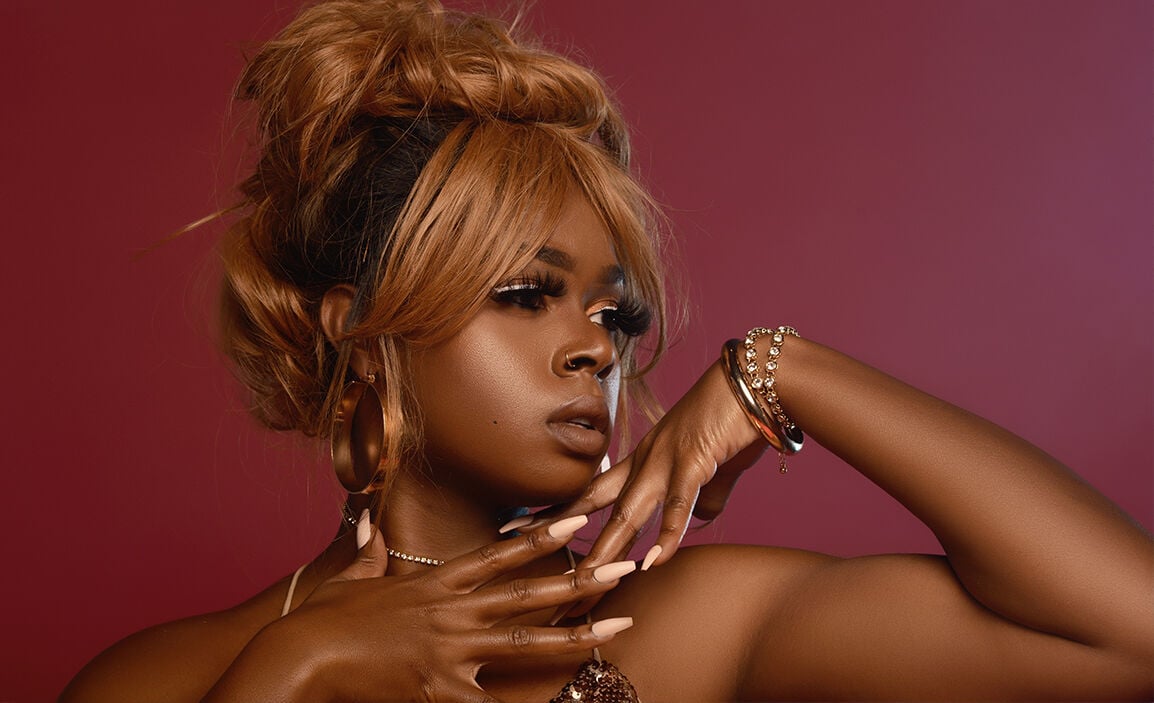 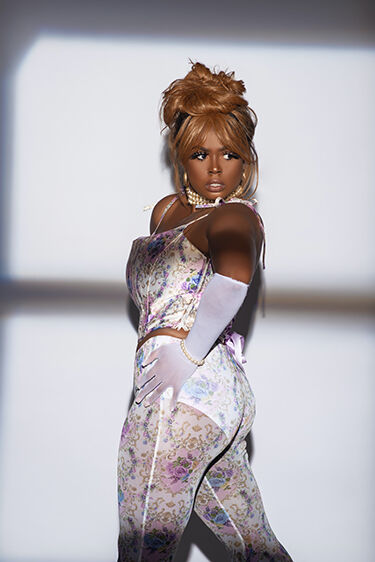 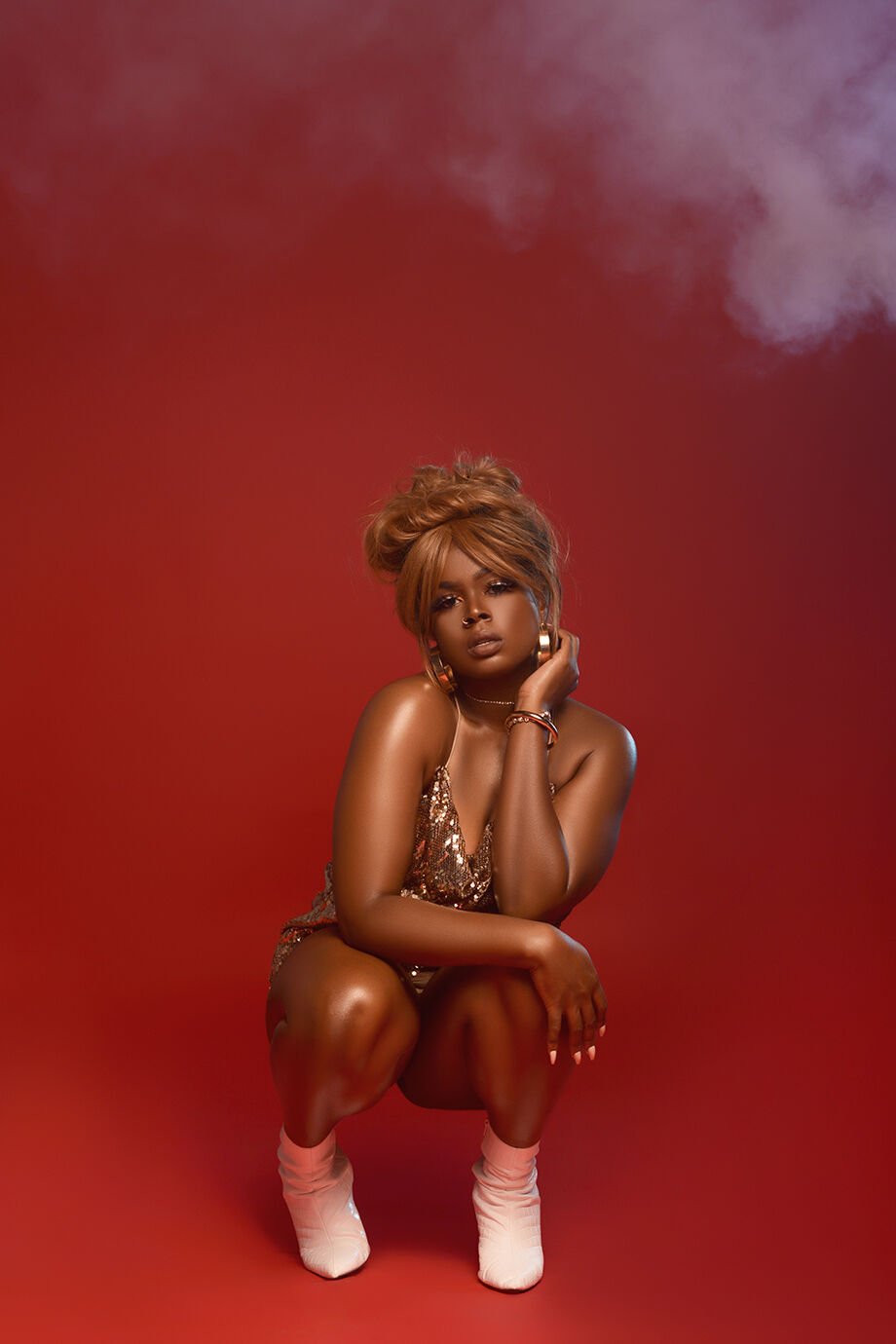 On-the-rise independent singer-songwriter Valencia Rush, also known by the moniker Valencia or Damn Valencia, had an epiphany last year while sipping on gin and champagne with friends to celebrate the new year.

This is a moment... Valencia

“We literally started chanting, like some crazy people, ‘Gin and champagne,’ over and over. I was just like, ‘This is a moment.’” – Valencia

As she and her friends were reflecting on life and preparing to make a toast, one friend realized they didn’t have anything to mix the champagne with. All they had was gin. To improvise, they substituted the gin in place of a mixer, and that that inspired Valencia to pen her latest single, “Amen” which she released on all streaming platforms Friday, October 16.

“We literally started chanting, like some crazy people, ‘Gin and champagne,’ over and over,” Valencia said. “I was just like, ‘This is a moment, and I feel like I need to make something out of this.’ So, I left them to go the living room, put my headphones in and started writing.”

The Stefan Guy-produced single has a behind-the-scenes promo video shot by Malachi Boyd in Studio A Music Academy, a beat music studio owned by Reace Beatz, who also engineered the song to create a storyline for the audience. Fellow St. Louis artist Lakes the Voice provided background vocals for the track.

“It was an amazing experience bringing them in to explain my vision and for them to be so gung-ho,” Valencia said.

With “Amen,” Valencia hopes to have as much success with it as she did with last year’s single ‘Vibe,’ which surpassed more than 100,000 listens on Spotify. Although, Valencia is an independent artist she has created quite the name for herself as a newcomer in R&B. At the beginning of the pandemic, she had the honor of doing a digital live performance for Glastofest, a five-day music festival in England. Artists such as Beyoncé, Adele and the late Amy Winehouse have also graced the festival’s stage.

“I was invited to perform there by Sazrah, a music producer in the UK that I connected with years ago,” Valencia said. “She reached out to me about doing the festival after I had her as a guest on my Will Call series, where I invited various creatives from St. Louis. She invited me back for another performance that was extended and broadcasted on all the radio stations out there.”

Innovation has helped Valencia stay relevant despite the COVID-19 pandemic. To keep the momentum flowing, she created the Will Call series where weekly she featured artists from St. Louis, such as Be.Be, Shai Lynn, and Lakes the Voice. She also serenaded a couple with her guitar for a private anniversary.

“Honestly, this has been the most creative that I’ve ever been in my whole artistry,” Valencia said. “I think my growth has been because I’ve been placed in a very uncomfortable situation.”

Since the release of her first EP, last year’s “F**k Girl,” featuring the smash single “Vibe,” Valencia has received the stamp of approval from Grammy-award-winning singer-songwriter Eric Bellinger, who’s written for Chris Brown, Usher, and many other artists. She competed in a contest orchestrated by Bellinger to see who had the best song and ended up placing in the top five.

Church is where... Valencia

“I was homeschooled. Church is where I really received vocal training since I didn’t have extracurricular activities to engage in.” – Valencia

“He chose ‘Vibe’ as his favorite out of all the songs that were submitted, posted it on his wall, and reached out to me a week later to let me know that he appreciated my originality and artistry,” Valencia said. “This was a huge thing for me as far as motivation.”

Born in Kansas City, Kansas, and raised in St. Louis, Valencia grew up as a preacher’s kid receiving formal vocal training from singing in the church’s choir with her siblings. They would sing songs from gospel greats such as Donnie McClurkin and The Clark Sisters.

“I was homeschooled throughout all my schooling years up until college,” Valencia said. “Church is where I really received vocal training since I didn’t have extracurricular activities to engage in.”

The foundation in the church’s choir led to singing background at 17, which then led her to touring with national and international artists This’l, Canadian singer Anthony Gomes, Cheneta Jones, and many more.

“They taught me what it feels like to do what I truly love and to approach it with care,” Valencia told St. Louis-based online urban magazine Rare Radar. “They also taught me how to be professional, organized and prepared.”

To grow and strengthen her vocal abilities, she received mentorship under vocal coach, Ametria Dock, who’s taught vocal lessons for Janelle Monae, India Arie, and Avery Sunshine. Those lessons motivated her to make the transition from background singer to solo artist.

All the work she put into becoming a solo artist paid off. In 2017 she was blessed with the chance to open for Flo Rida at the St. Charles Family Arena.

“It was so humbling to experience opening for him,” Valencia told Rare Radar. “It was like, ‘Wow, this must be meant to be.’ It was an exhilarating experience to sing in front of thousands of people and take pictures in the hallway with starry-eyed music lovers and fans.”

Valencia’s message to her fans is to keep going, be consistent, give 110% and don’t be afraid to be yourself. “When I finally learned those things and finally embraced them,” Valencia said, “that’s when I felt myself being able to flourish and confidently walk into my purpose as an artist.”

Valencia can be found under the name Damn Valencia on all social media platforms.