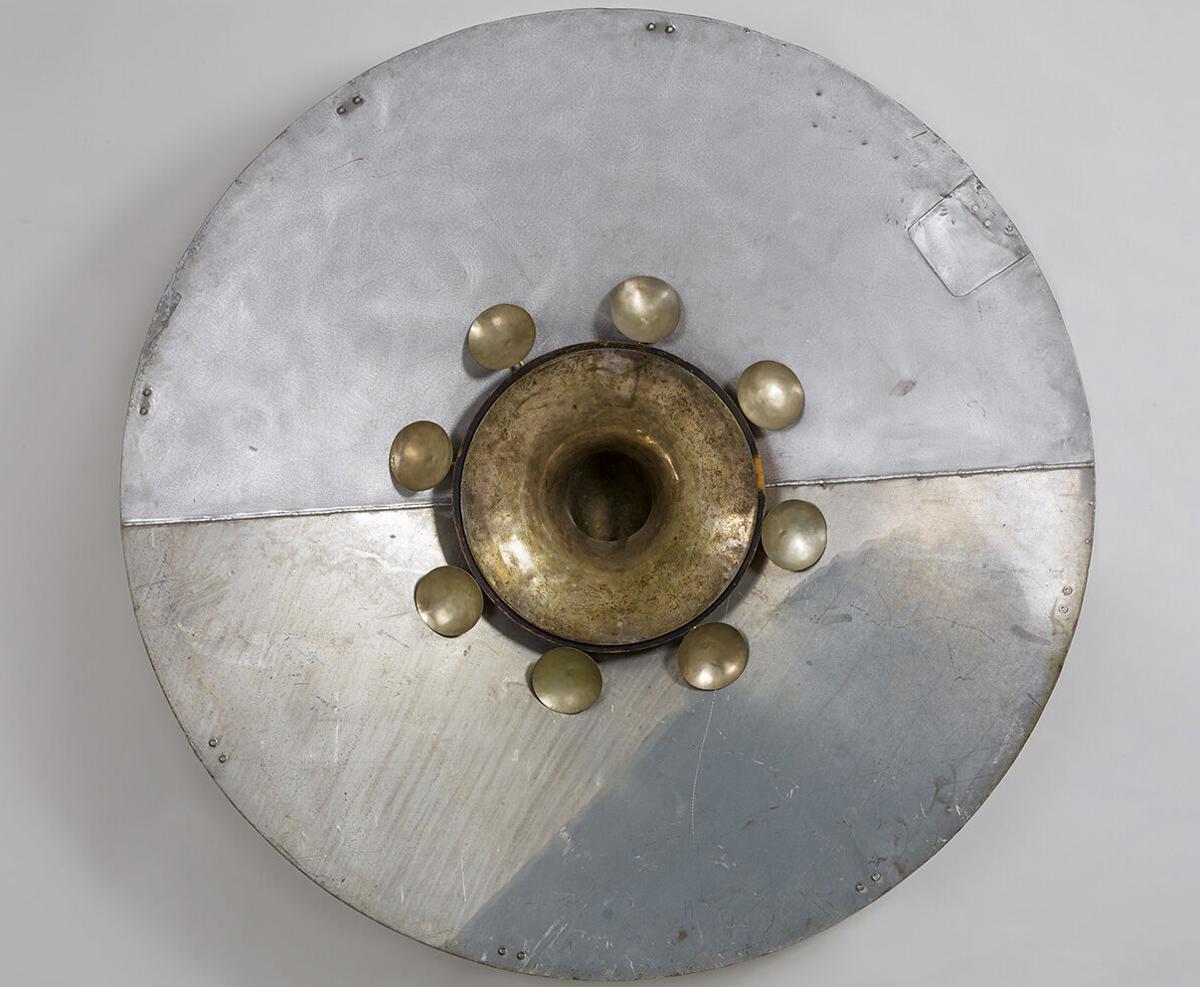 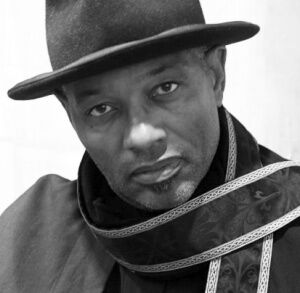 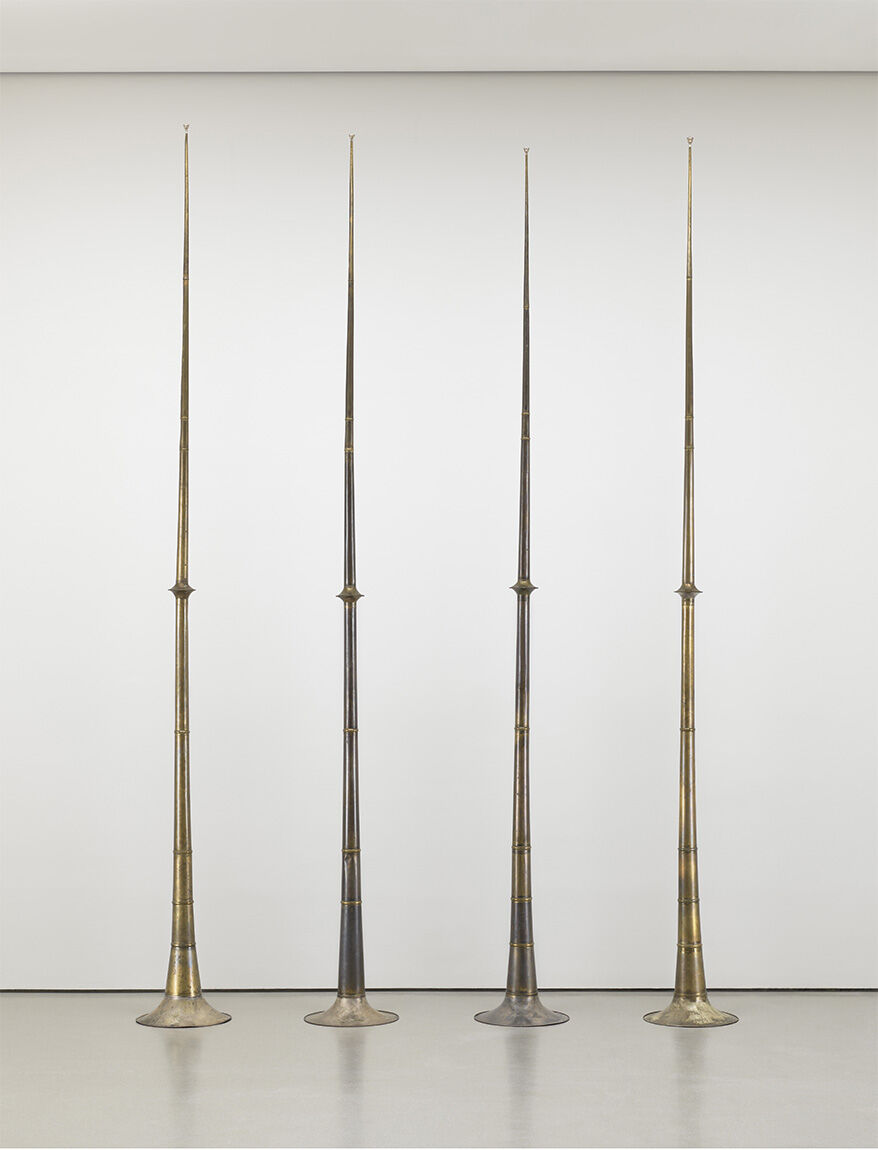 On March 13, 2020, Stephanie Weissberg, Pulitzer Arts Foundation associate curator,  and other members of the organization guided a tiny group for a media preview of their upcoming exhibition Terry Adkins: Resounding.

There were no handshakes. People were extra mindful of personal space  — standing as far apart as possible while trying to remain close enough to catch the words of Weissberg, who curated the exhibition.

Social distancing was unfamiliar vocabulary at the time. Even still, the uncertainty and anxiety of how to safely engage while in the midst of a global pandemic was palpable.

But the power of art was illustrated as soon as the tour began. The group was instantly transported from the reality of fears brought on by a deadly virus and into the creative ingenuity of Adkins on display through the comprehensive, career spanning exhibition.

A celebration of Blackness, music, art, faith and history and the intersectionality of visual and performance art, Terry Adkins: Resounding showcases the artist’s versatility and resourcefulness.

“Over his three-decade career, he really made some major innovations into sculptural practice,” Weissberg said of Adkins, who died in 2014. “Especially its relation to performance and music and sound. That’s what he is known for.”

Unfortunately, the exhibition itself and the nearly six months of complimentary programming that was meticulously planned to celebrate the art and the artist became one of many experiences that COVID-19 impacted — even though virtual experiences were created to give context and insight.

Through appointment only visits and safe practices, guests were able to experience the expansive, somewhat encyclopedic display of his work through Terry Adkins: Resounding – which expresses Black history, music history and more than one St. Louis connection.

Originally scheduled to run through last August, The Pulitzer extended the run of the exhibition through Feb, 7. Guests can attend by private reservation only. Free 45-minute reservations can be booked by visiting Pulitzerarts.org.

The exhibition is instantly striking in its scale.

“We are helping to flush out his creative vision by including objects of really personal significance in things that he collected,” Weissberg said. “He was a big collector and amassed hundreds of books and musical instruments and memorabilia that he lived with. These objects really informed his practice. This is the first show to represent that aspect of his life and career and we are excited to make that contribution as well.”

Among the objects is a work entitled “Infinity.” It features a trunk that houses several dozen copies of the album of the same name by music legend John Coltrane — one Adkins’ biggest creative influences.

While a student at Fisk University, Adkins stole a copy of Coltrane’s “Infinity” album from a Nashville area record store in 1972.

“This work instigated a penance for that small crime,” Weissberg said. “What he decided to do was for the rest of his life he would purchase a copy of the record every time that he encountered it.

Included in this trunk – which is a found object are 75 copies of John Coltrane’s ‘Infinity.’”

Another haunting work within the exhibition is “Muffled Drums.” Composed of repurposed drums associated with marching bands that vary in size, they are stacked nearly to the top of the museum’s two-story ceiling.

It’s part of a larger group that was dedicated to Civil Rights pioneer and scholar W.E.B. DuBois. The title is drawn from a New York Times article that described the sound of protesters marching in the streets of New York City in what was known as the silent parade in 1917.

“One of the events that incited this protest was the East St. Louis riots in which scores of African Americans were killed as a result of [white] mob violence,” Weissberg said.

Another local tie within the multi-media exhibition is “Mute.” The piece is a silent film clip of music pioneer Bessie Smith performing the blues standard “St. Louis Blues” in 1929.

Music is a recurring theme within the exhibition –— and his practice of merging performance with the art. He even referred to his installations as “recitals.”

With “Last Trumpet,” one of Adkins best known works, he created 18-foot-long horns made from bells of sousaphones and trombones and tubes of cast brass.

He was known for playing the during an exhibition and often said he was “trying to make an instrument that was long enough that angels could hear the music that they produced.”

“Music and sound really filtered throughout his life and career,” Weissberg said of Adkins, who played piano, saxophone and guitar.  “He was very interested in methods of bringing sculpture to life by activating what might be inert objects.”

She also said that while the work is immediately visually engaging, as the viewer invests more into the art, it continues to give.

“There is always research and detailed thought that goes into each of the works,” Weissberg said. “And their relationship to history and the stories that Adkins was interested in upholding.”

Terry Adkins: Resounding is on display at the Pulitzer Arts Foundation (3716 Washington Blvd.) by appointment only through FeB. 7. For more information, visit www.pulitzerarts.org.