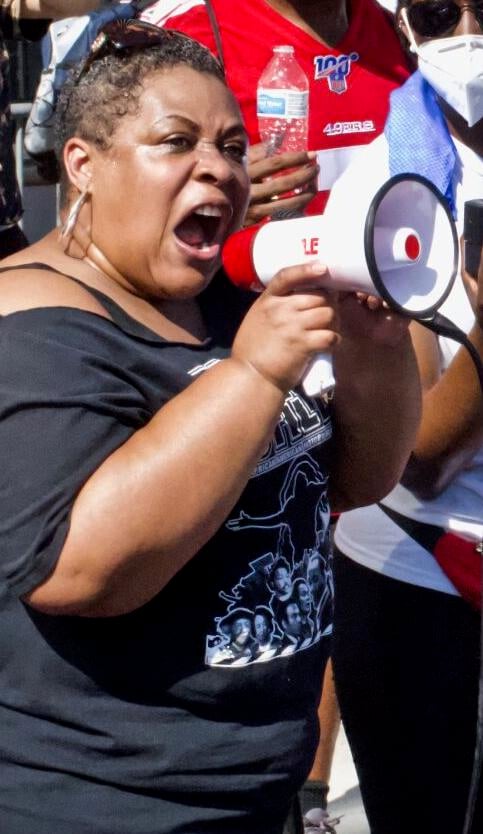 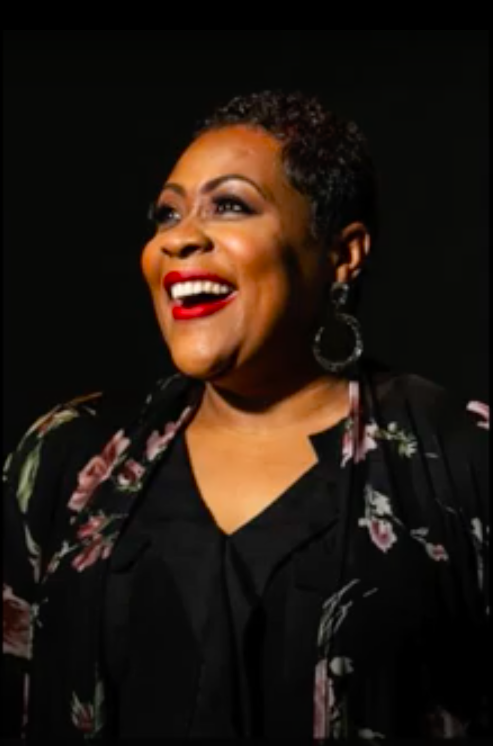 Six years ago in Ferguson, whispers were shared from ear to ear as a line of protestors prepared for an action. A piece of piece of paper was handed down from person to person. They were given the instruction of writing the phone number that appeared on the paper on their forearm with a sharpie that accompanied the small white torn off scrap. The group was writing the telephone number for jail support, in the likely case they were arrested later in the action. It was at that moment that Dr. Marty Casey decided to take a different route in her fight for injustice.

An acclaimed actress, playwright, director and singer, Casey decided to use her natural gifts as a method for making change

She created Show Me Arts Academy as a response to the unrest. The organization is a 501c3 non-profit that provides multicultural artistic development, to underserved youth ages 5-18. Their programs have reached over 3,000 young people by hosting engaging art workshops on all creative platforms.

“Artists have always been instrumental in being vocal advocates of change,” Casey said. “We use our resources by entertaining, we use our influence to empower change, and we use our money to support those effective doing work to empower our community. “My goal is to move them to a place of healing by way of the arts.”

The academy inspired her to develop Un GUN Institute, which promotes community healing through a confidence-building program. The initiative is an art-based, anti-violence, and anger management program that teaches adults and children how to redirect their anger. Her pilot for the method started in 2017 when she visited the St. Louis Juvenile Detention Center.

The Un GUN Institute will be launching their services to the public for what they are proclaiming as “Black Son Day” on August 9. The date is significant in that it is the sixth anniversary of Michael Brown’s death. The unarmed teen’s tragic death at the hands of a former Ferguson police officer was what spurred Casey into action as a change agent. To commemorate Brown’s death – and the unrest that ensued as the community cried out for justice – the institute created this global coalition to call on people of all backgrounds to unite for justice and healing. The aim with “Black Son Day” is to create a lasting legacy for lives that have been lost to senseless violence. The webinar has two sessions and will include Lezley McSpadden, Michael Brown’s mother.

“The Un GUN institute method requires first bringing that awareness to the fact that they need to heal – and helping people to really understand the effects of trauma,” Casey said. “And how it's showing up in their everyday life and their mind, body and soul and how that energy is transferable”.

In the midst of a pandemic, Casey reflected on the four simple steps the government is encouraging to stop the spread of COVID-19: wear a mask, wash your hands, stay six feet apart and keep surfaces clean. She also came up with four simple things in order to HEAL, which doubles as an acronym. H.E.A.L. is the key method for the Un GUN Institute. The ‘H’ stands for how to disarm trauma bullets.

“Anytime you have experienced something in life that caused you some sort of pain, caused you to freeze, caused you to just reset and rethink that's what we call a trauma bullet,” Casey said.

The ‘E’ stands for engaging in reverse trauma arts. She points out the first three letters of trauma spelled backwards is art.

The ‘A’ stands for activating your firing power by targeting your bullseye. The bullseye represents an ultimate goal – which acts as a reminder and prevention from doing anything to disturb that trajectory. And finally, the ‘L’ stands for looking out for trauma triggers and setting your safety lock.

“We're able to help people to identify certain triggers, so that they don't keep putting themselves in harm's way,” Casey said.

According to Casey, Un GUN Institute trains and equips the community on how to handle trauma – so they can assist the youth in healing from the trauma they have experienced. She feels the training participants undergo will allow for them to be healed in the process.

The old African proverb states it takes a village to raise a child. It is Casey’s intention to “be the village.”

Her partner in leading the Un GUN institute is Dr. Deborah Sandella, PHD, RN, bestselling author of “Goodbye Hurt & Pain, 7 Simple Steps to Health, Love and Success.” Sandella is the creator of RIM Institute (Regenerating Images in Memory), a neuroscience tool proven to reduce stress and improve the quality of life.

“It's really time and there's just such an awakening right now,” Sandella said. “There's the opportunity to make a difference to have this change for our future generations. It would be] so lovely to have us go forward into equality and peace and cooperation and belonging as one human family.”

According to the American Psychological Association racial trauma can lead to Post Traumatic Stress Disorder. St. Louis metro residents have a history of trauma rooted in racism - from the Dred Scott case in the 19th century to Ferguson in 2014.

“The Sounds of St. Louis are speaking,” Casey said. “We hear the chorus of protestors and the background sound of gunshots from the violence epidemic - where the death toll is higher and higher every day.”

She pointed out that of the 194 people that were killed in the region in 2019, 25 of them were children.

“The killing has to stop, the police killing citizens and citizens killing each other,” Casey said. “It’s time to Un GUN.”