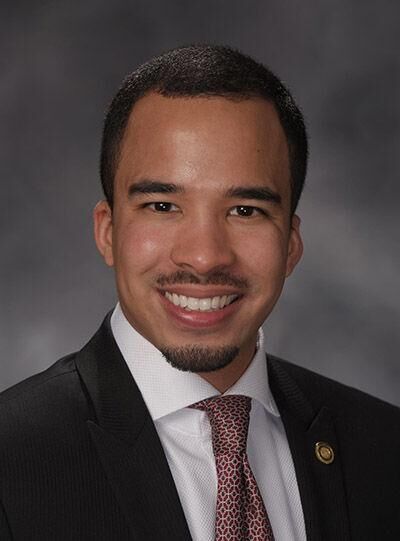 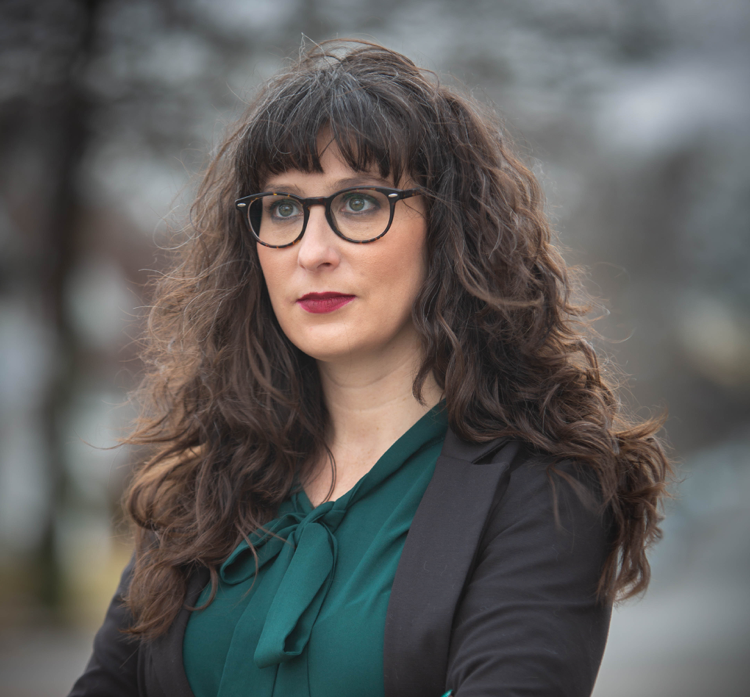 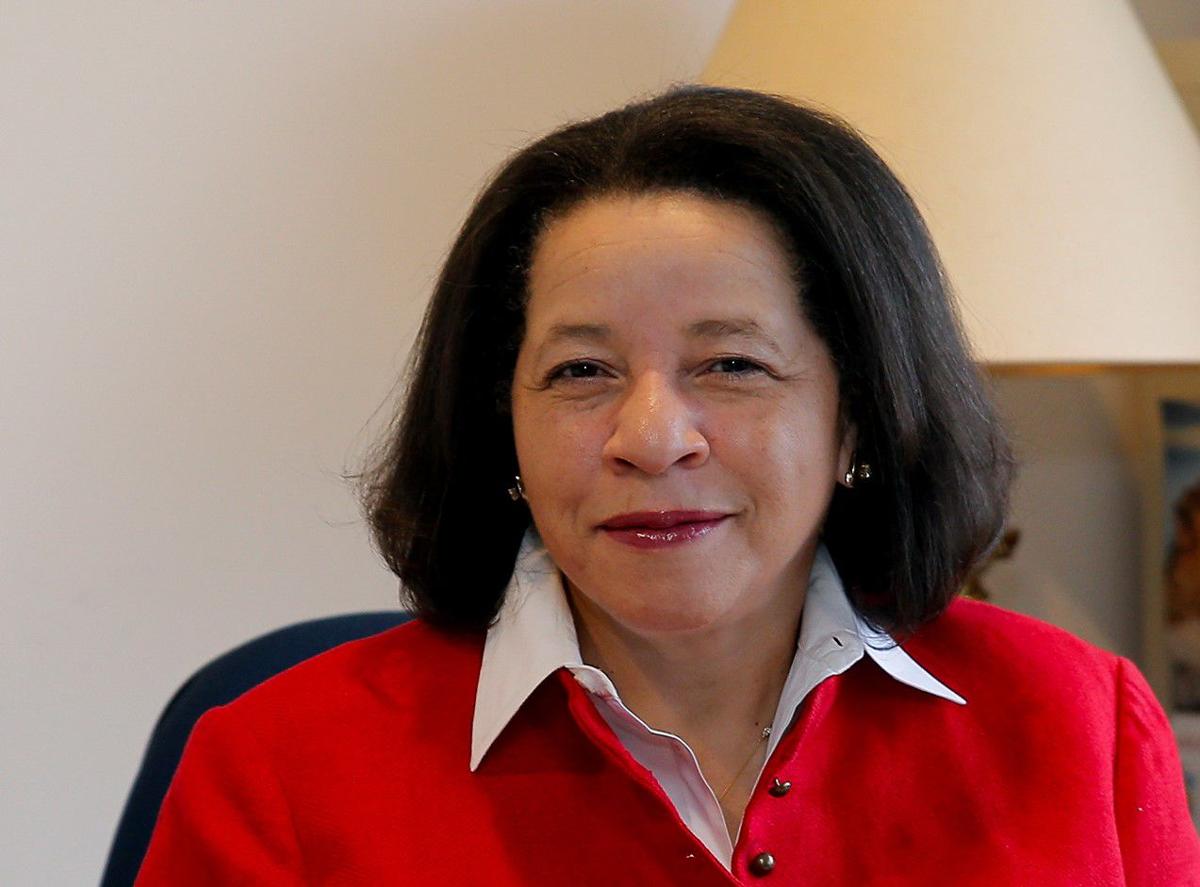 The St. Louis American asked three impressive Democratic candidates for the 5th District Missouri Senate seat to state their case for the editorial board’s endorsement in 500 words. Their unedited responses are presented in alphabetical order.

U.S. Representative John Lewis often reminded us that we need to be willing to get into “good trouble” — the type of trouble that is necessary to challenge and change unjust systems. Similarly, Dr. King bemoaned the white moderate who prefers order to justice. I push myself, although not always perfectly, to NOT be the white moderate that Dr. King admonished, and rather to use my privilege to prefer justice to order. In this pursuit, I have found myself in plenty of “good trouble.”

Whether it’s fighting to close the Workhouse, getting arrested with our janitors striking for a fair contract (which they won), questioning tax-incentive abuse, supporting #DefundThePolice before it became a hashtag, standing with our community in protest of police violence since the murder of Mike Brown, or even suing our City for its use of chemical agents, I have fearlessly stood on the side of justice, worked to change the narrative, and, as a result, created the space for us to get public policy wins.

We need elected officials who are accountable to, and will work hand-in-hand with, social movements, to carry their demands within the halls of power, and pressure our political systems to change. The Workhouse is closing and efforts to privatize our airport are stalled in large part because of progressives like me who have the acumen for building coalitions to move power and set agendas from a minority bargaining position. This is a sorely needed skill set in the Missouri General Assembly.

The compromises that should be made are ones that advance us toward our ultimate goals and serve the best interests of our residents. For example, I was instrumental in the passage of our minimum wage ordinance. I wanted $15/hour, but voted for $11/hour knowing that without elected officials like me working within the system to echo the demands of the Fight for $15, we would not have even gotten to $11.

We need voices on the political left that will counterbalance conservatives working for rich donors rather than the people. As conservatives push to close our last remaining abortion clinic – located in the 5th Senate District – or roll back non-discrimination protections, or cut $150 million from our already underfunded education system as Governor Parson is proposing, there is no further room to compromise.

This moment of mass mobilization through an unstoppable multi-racial coalition demands that we elect a State Senator who knows how to challenge the status quo, and work in partnership with grassroots organizations to get things done.

Just know that even if you cannot be with me in this race, I will always be with you, and I’m asking for the opportunity to make “good trouble” in the State Senate.

As the number one African-American newspaper in the nation, The St. Louis American provides a platform for voices that might otherwise go unheard – the voices of the underrepresented and all-too-often ignored. As the state senator for Missouri’s 5th District, I will continue the legacy of The American, working to address the concerns of the most vulnerable citizens of our city and state.

As a St. Louis city prosecutor, I saw firsthand how the system can adversely impact those who come into contact with it, especially low-income offenders and people of color. It was in this role that I learned the absolute need for police and criminal justice reform and decided to run for the 77th District state representative seat. As chairman of the Missouri Legislative Black Caucus, I shaped the caucus’s agenda on criminal justice reform, voter empowerment, and women’s rights. For the 2018 and 2019 legislative sessions, I was ranked the most effective Democrat at amending legislation on the House Floor. Last year, I amended more legislation than any other Democrat and most Republicans.

I have helped pass legislation that would lower costs of utility rates, save Missourians money on prescription medications, and increase job opportunities. During my time as a state representative, several important criminal justice reform measures have made it to the House Floor for debate – a few made it to the Governor’s Office. We were able to raise the minimum age to prevent minors from continuing to be charged as adults. I filed the Money Bail Reform Act, legislation aimed at preventing nonviolent and low-level offenders from being unnecessarily confined while awaiting trial; I authored legislation to incentivize employers to provide full-time employment to felons seeking a second chance; and I co-sponsored legislation that lead to the opening of an adult high school in downtown St. Louis. Additional criminal justice reform can be made, but we need the right leaders, with firsthand experience and credibility, who can garner support for these measures.

With over 60 children shot in St. Louis this year, I will continue to push for legislation to allow cities to pass their own common-sense gun laws. As chairman of the Black Caucus, I drafted comprehensive police reform measures to ban chokeholds, mandate de-escalation training, and address qualified immunity so police can be held accountable for their actions. Additional criminal justice reform can be made, but we need a state senator who has successfully navigated a Republican controlled legislature.

I am asking for The American’s endorsement because we share the same priorities and ideals. My priority has always been advocating for our state’s most underserved and neglected citizens.  I am the candidate with the right experience to champion those priorities in the state senate. I offer the proven leadership needed to make criminal justice reform, voter empowerment, economic and social justice, legislative priorities. I am the candidate for the 5th District Senate seat most capable of raising my voice in the tradition of The American – and refusing to be ignored.

My education, career, experience, and ability to be effective make me the best candidate in this race. Our district needs a leader with experience and vision who understands what it takes to help individuals, families and businesses thrive.

I was raised by a widowed mother of seven. I watched in awe as my mother worked three jobs to keep us all together. At the age of 12, I began working alongside her cleaning houses and catering. I learned the value of hard work, compassion, and commitment.  I continued to work to put myself through college and Saint Louis University law school.

My three decades of experience include working as a certified public accountant for big 8 accounting firms, running the State of Missouri Auditor’s office as the first African-American deputy state auditor, running U.S. Senator Claire McCaskill’s St. Louis regional office, listening to constituents, finding solutions and connecting them to resources. I am a licensed attorney, own a small business and I am a not-for-profit leader, serving as the president of the JJK Foundation, where I’ve seen firsthand how we can change lives for the better when we invest in our kids and families.

Our extremely diverse community has areas that are stable, prospering, and growing. But far too many of the district’s communities are afflicted with the effects of poverty including crime, lack of access to quality healthcare or meaningful employment opportunities, little access to goods and services or transportation, poor housing, and a challenged education system.  COVID-19 shined a glaring light on these disparities.

The Black Lives Matter movement is demanding changes to address systemic racism and police brutality. I understand these challenges and the impact an unjust criminal justice system, and the cycle of incarceration has had on our community. We cannot continue to do what we have always done and expect different results.

Every Missourian deserves the chance to achieve the American dream and the dignity that comes from a good paying job, equal treatment under the law and access to quality affordable healthcare. By lifting every St. Louisan to their full potential, we can make our state work for everyone.

Our state is faced with significant budgetary shortfalls caused by COVID-19. As a CPA who understand budgets and numbers, and the needs of working families, small businesses, corporate CEOs and not for profits, my experience will be invaluable in working on our state budgetary process. I am ready to make the difficult decisions on how to spend our tax dollars responsibly and equitably while creating economic and educational opportunities and keeping our families and our streets safe. As our State Senator, I will be laser focused on the budget and how we prioritize our spending and address the disparities in our community.

I am a prepared, ethical, pragmatic, strong leader, who has the personal skills to be effective even in this red state. I will work tirelessly and advocate endlessly on behalf of our 5th district.  I ask for your endorsement.

Absentee voting is underway for the August 4 primary election.