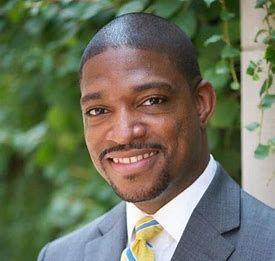 Rev. Dr. Starsky D. Wilson is president and CEO of Deaconess Foundation and board chair for the National Committee for Responsive Philanthropy. 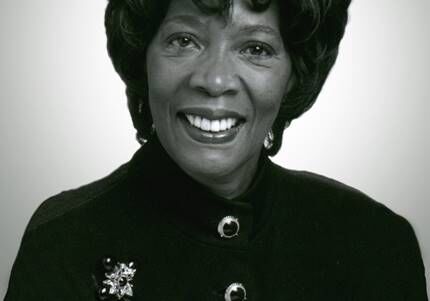 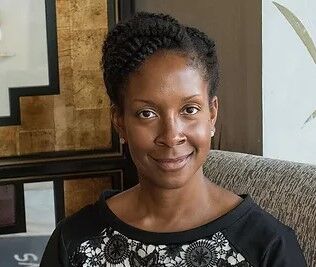 August is Black Philanthropy Month. The national theme this year is “Foresight 20/20.” It arrests me because of all the things I could have never foreseen on my journey that seem so well-ordered in the rearview mirror.

In January of 2000, I came to St. Louis for a four-day conference preparing young adults for careers in nonprofit management and youth service. On the first night, I met Charmaine S. Chapman, then-president and chief executive of the United Way of Greater St. Louis. Charmaine was the first woman and first African American to lead the local United Way and chaired the host committee for American Humanics (later renamed Nonprofit Leadership Alliance) national management institute.

She arrived in St. Louis in 1994. By the time we met, she had grown the annual campaign, diversified the staff and board, and launched the largest United Way African-American leadership giving effort in the country.

That week, though, she was focused on inspiring young people to commit their careers to service of others. So focused, in fact, that she stayed onsite at the hotel with us. In that chance first meeting, she asked me to track her down before the end of the week to talk. I did.

After the closing session, with a keynote delivered by a local Black businessman she recruited, she took me by the hand walked me to the back of the room and talked to me about a career in philanthropy while the hotel staff broke down the tables around us. Weeks later, I moved to St. Louis to work for United Way. One of my first assignments was with that Black giving initiative.

In 2001, her body yielded to cancer. Her spirit lives through the giving effort, now named in her honor.

By May of 2015, professional transitions, bi-vocational proclivities and a community uprising had brought much change to my life. They afforded me chances to fundraise for a Black theatre, lead a small Urban League and predominantly Black church, then be called as the first Black man to helm an independent philanthropy in St. Louis. For all the pain of the uprising began in 2014, it also initiated new relationships for me … with organizations like ABFE (the Association of Black Foundation Executives) and the Executives Alliance for Boys and Men of Color and people, like Allison R. Brown.

Allison was a mother, attorney, HBCU grad and program officer for Racial Justice at Open Society Foundations. She was a Midwesterner transplanted to the East Coast for education at Howard University and Harvard Law School who graduated from high school the same year I did. We came to be connected because of her deep interest in the Ferguson Uprising and commitment to move philanthropic support into the first sustained mass mobilization of the Movement for Black Lives we are still experiencing.

At a convening for W.K. Kellogg Foundation’s multi-year racial justice effort, tagged America Healing, we had our longest conversation about Black freedom dreams. Looking out onto the hills of Asheville, North Carolina, we talked about how much folks like Patrisse Cullors and Tef Poe inspired us. We wrestled with the constraints and privileges of institutional philanthropy. We committed to stay connected and find ways to support one another.

Later that year, she became executive director of the Communities for Just Schools Fund and kept dreaming of freedom. There, she supported and challenged school districts and community organizers to imagine schools without police and the marks of prisons, where our children could breathe, learn and grow. I was glad to have two opportunities to sit with her team and learn about their work.

This Saturday, August 15, my friend and co-conspirator, joined my boss Charmaine in the community of the Ancestors (accompanied by cancer as well). This summer, Deaconess partners, American Friends Service Committee and Metropolitan Congregations United who never met Allison, began to push her dream for St. Louis’ kids.

Rev. Dr. Starsky D. Wilson is president and CEO of Deaconess Foundation and board chair for the National Committee for Responsive Philanthropy. Follow him on Twitter at @revdrstarsky and @deaconessfound.