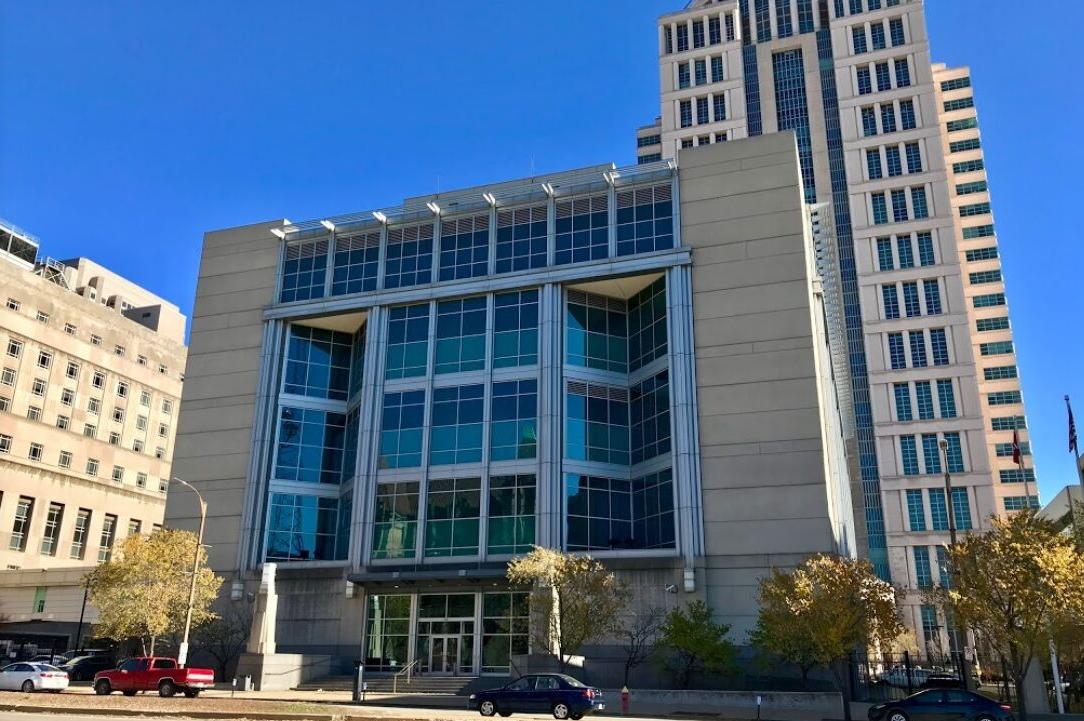 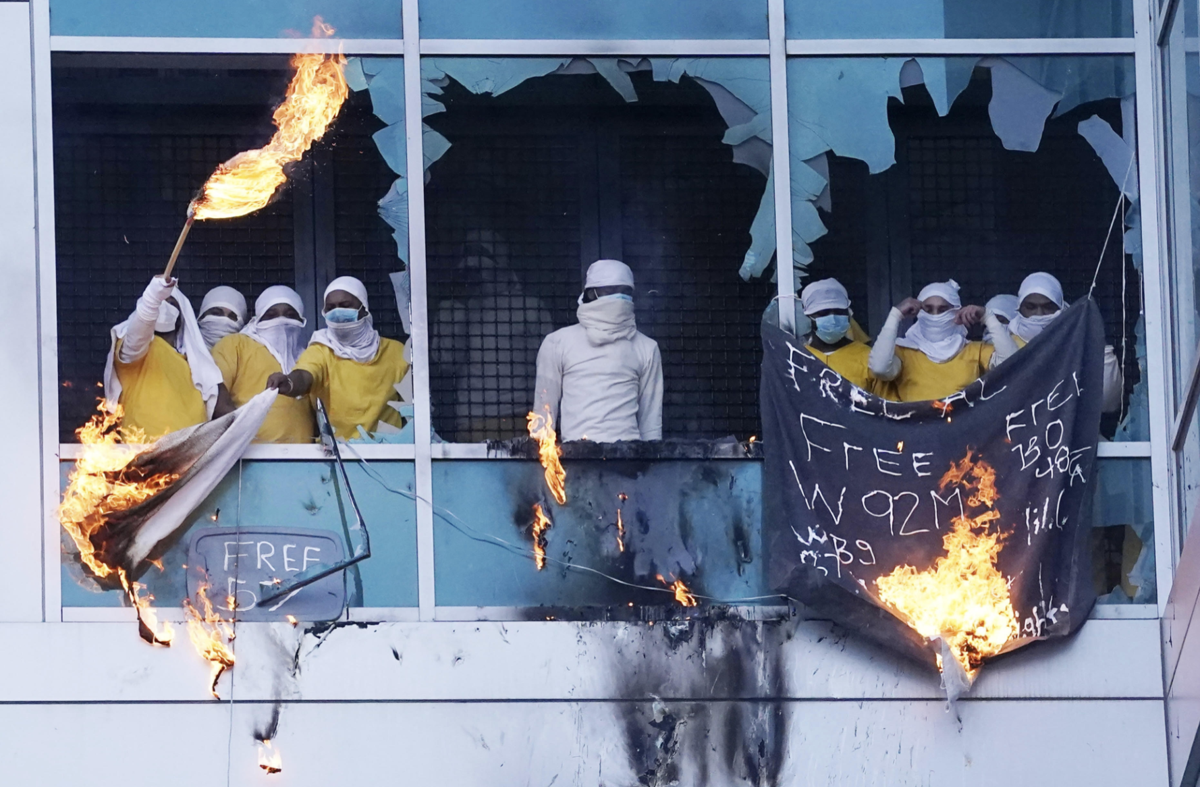 Inmates at the St. Louis Justice Center start fires after breaking windows on the fourth floor, yelling to those watching from the street, in St. Louis on Saturday, Feb. 6, 2021.

After repeatedly having their requests for basic human decency ignored and being subjected to the hellish conditions that exist in the St. Louis City Justice Center, detainees justifiably said enough is enough.

Unwilling to accept the barbarity of violence and degradation of the state, these men spoke the only language that their oppressors understand. They spoke the language of violence that the state has been speaking to most of them all of their lives.

Yet, elected officials continue to be tone deaf to the legitimate and serious concerns that caused the powder keg that is the City Justice Center to explode.

In the aftermath of the detainee's minor destruction of state property in the form of a few broken windows and burned bed linens, Public Safety Commissioner Jimmie Edwards feigned as if he was unaware of the detainee’s grievances.

"What detainees have..." Adolfo Minka

What detainees have described to the public in the aftermath of the uprising is a facility and treatment unbefitting animals, let alone human beings.

In the same breath, however, Edwards spoke of locks on cells inside of the jail malfunctioning. Does he seriously expect the public to believe that the locks on the cells are the only things in the jail that are in disrepair and disarray?

In a news conference after the uprising, St. Louis Mayor Lyda Krewson claimed that all is well with conditions inside of the facility. Anyone who has spoken to anyone detained in the Justice Center or any jail or prison in America knows that this is a mendacity of great proportions.

In such facilities, violence is routinely meted and/or facilitated by guards as a way to exact control over people warehoused as they await their day in court for years. In fact, it is alleged that an inmate being accosted by a guard was the spark that lit the powder keg that exploded into the melee that ensued at the Justice Center.

What detainees have described to the public in the aftermath of the uprising is a facility and treatment unbefitting animals, let alone human beings.

For Mayor Krewson to make a declaration that all is well, she must really be out to lunch and expects commoners to be out with her. But ordinary people know better.

Not only have such people known of the barbarity, but their silence has served as a rubber stamp of approval. Now, such political opportunists run to reduce what is playing out at the Justice Center to reformist talking points because at this moment it is politically expedient to do so.

What should not be obscured by these false calls for accountability is the role and function of the carceral state in St. Louis and across this nation. That role and function is to coerce, exploit, degrade, and heap brutality upon those it warehouses.

Such barbarity cannot be reformed. It must be abolished. I do not mean defund.

If the cycle of violence that results in intermittent jail and prison rebellions are to be avoided, ordinary people must take seriously the task of taking responsibility for organizing their own judicial affairs which includes making a determination of what are the appropriate means to punish and when possible, rehabilitate those who have violated people, not property.  It is evident that professional politicians above society have failed miserably at this task.

Ordinary people must also discard the false solutions of bourgeois sociology offered by those who aspire to administer their lives. These elite, professional politicians who rule above society hold Black and poor toilers in contempt and see them as unfit to govern.

These are responsibilities that cannot be avoided if commoners are to rid themselves of the intermittent explosions that have become all too familiar in America’s jails and prisons.