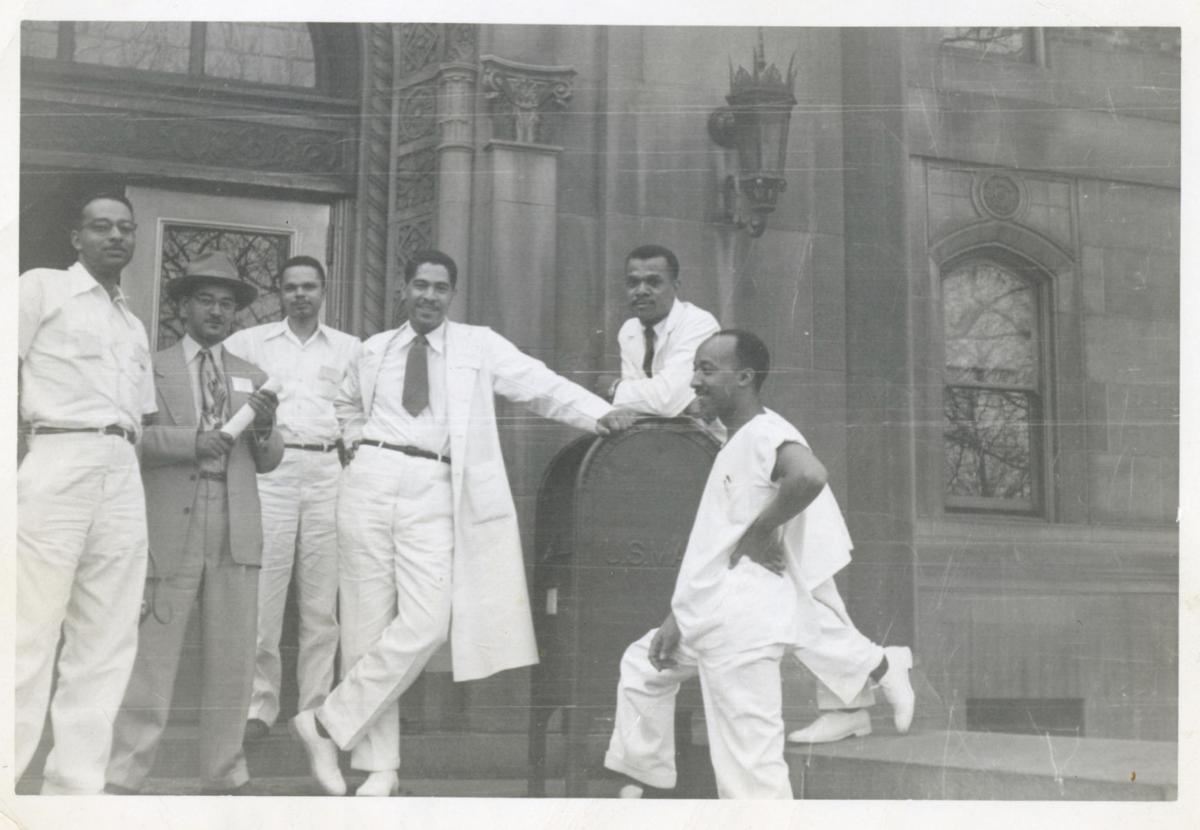 Homer G. Phillips Hospital staff, including Isidore J. Lamothe Jr., wearing the hat and Dr. Frank Richards with his hand on his hip. 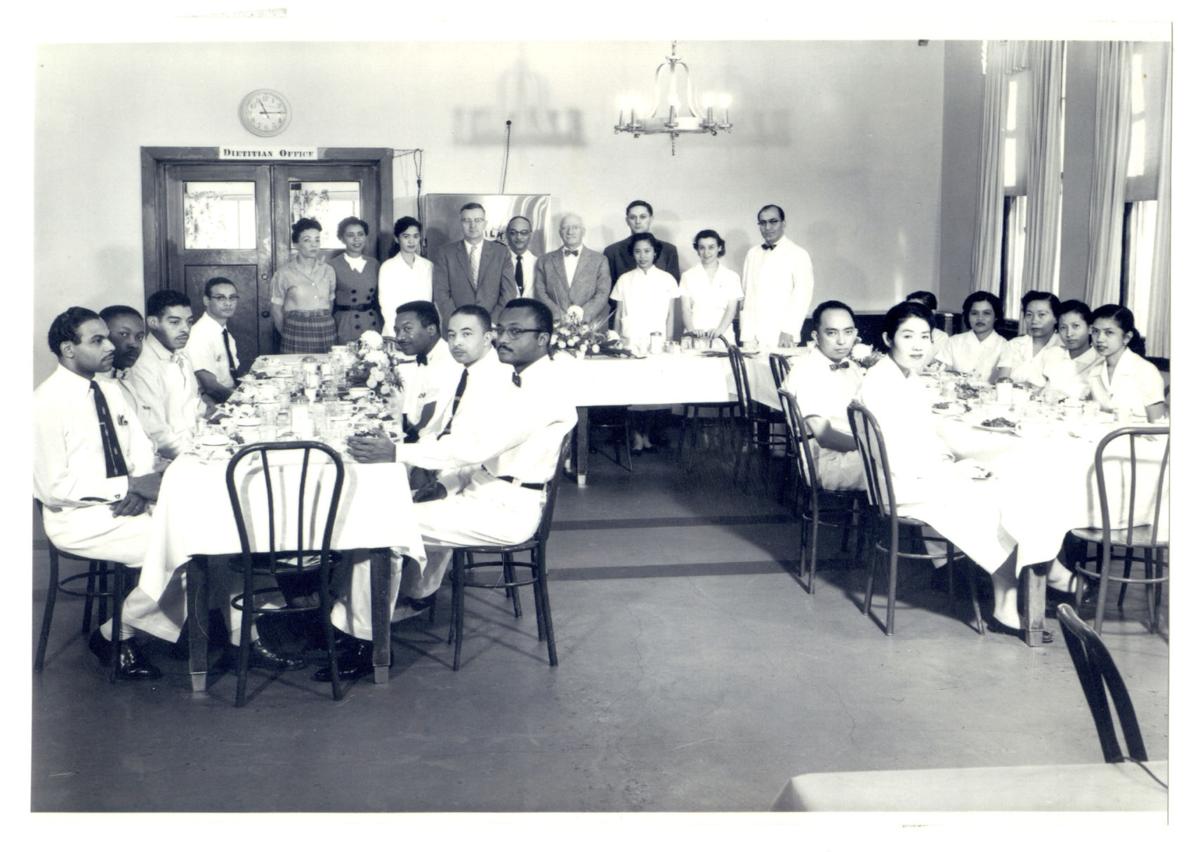 Homer G. Phillips Hospital staff, including Isidore J. Lamothe Jr., wearing the hat and Dr. Frank Richards with his hand on his hip.

Retired Congressman William L. “Bill” Clay submitted this piece in response to news reports that developer Paul McKee Jr. plans to use the name “Homer G. Phillips Hospital” for a new, small urgent-care clinic. “It is apparent that many in the St. Louis community are unfamiliar with the history of that magnificent institution,” Clay noted, “and what it means to the survival of blacks in the city and the health treatment of blacks in every state of the union.”

Homer G. Phillips Hospital came into being as the result of a 23-year struggle that began in 1914 to build a medical facility staffed by black doctors, black nurses, black technicians, and black administrations. It was a period when the health care of the city’s black citizens was criminally neglected by city elected officials and at a time when the placement of black medical students graduating from Howard University and Meharry Medical College had no hospitals to place their graduates for internship.

A 1923 bond issue provided for spending $1 million to open a hospital for blacks, run and operated by blacks, but the city fathers diverted the monies for other purposes like street lighting and sidewalk installation.

But the black community would not give up the idea of a facility to provide quality health for its people and used its political voting power to unseat the Republican mayor and his party responsible for stealing the funding money. The new Democratic mayor petitioned the newly installed Roosevelt administration for support, and Harold Ickes, secretary of the Interior answered the call. He provided the $1 million and brought in the Works Project Administration to construct the magnificent buildings.

The hospital consisted of accommodations for 600 patients, a 5-story nurse’s building for training, housing students, and classrooms. The structure was ranked in the 10 largest hospitals in the country and was one of only two institutions where black doctors could go for training.

The opening of Phillips Hospital was a magnificent economic and medical achievement for black in Saint Louis and blacks involved in the country’s segregated medical field. The 600-bed facility, one of the largest hospitals in the country, at its peak, created nearly 1,000 black skilled and semi-skilled health care jobs. Hired were hundreds of orderlies, aides, janitors, and ambulance drivers. In addition, it provided a training facility for educating nurses and also housing of them during their educational period.

The hospital was not only the cornerstone of medical, professional, economic, and employment stability for the black community, it also was the glue that held the minority community together. For more than 30 years, it was the primary source medical care for indigent Negroes.  The hospital complex was the only agency of city government where blacks held significant jobs in professional and white-collar positions.

The jobs were a godsend in a city where blacks were totally excluded from employment in every major area except for the most menial positions: the utilities, downtown department stores, banks, insurance companies, bakeries, breweries, daily newspapers, fire and police departments, even religious publishing companies.

For a period of 20 years, 75 percent of all black doctors in the country interned at Homer G. Phillips Hospital. By 1961, it had trained the largest number of black doctors and nurses in the world. Shame on white America and its mostly religiously Christian hospitals that because of rampant racist discrimination refused to admit blacks as staff members or interns in their facilities.

From the time Homer G. Phillips Hospital was dedicated in 1937 until it closed in 1979, the black community was preoccupied with the fight to keep the doors open. Efforts to close the facility were led by numerous white politicians, the two medical schools of Washington and St. Louis universities, the publishers and editors of the two daily newspapers, and downtown financial leaders. These forces constituted a serious and continuous agitating catalyst for closure.

The black community had no effective means of retaliating against the medical schools, newspapers, and business leaders but used it political muscle to make the political opponents pay a heavy price. White elected officials who tried to close the hospital were defeated in election after election.