Recent events across the United States suggest that, although many Americans are becoming more aware of the inequities that plague our nation, there is still much that needs to be done to reckon with the legacy of systemic racism. As parents affiliated with Kennard Classical Junior Academy (KCJA), we recognize there is an immediate opportunity in our own community to right a longstanding wrong.

To that end, we are calling on Superintendent Kelvin Adams and the Board of Education of the City of St. Louis to change the school’s namesake from Samuel Kennard to an individual who better represents the values we hope to instill in our children and promote in our society.

Kennard (1842-1916) was a Confederate lieutenant who supported the establishment and preservation of Confederate organizations throughout his life. He was also the first president of the Veiled Prophet Organization, an elite and secretive society that excluded Black members until the late 1970s. Kennard’s actions are at odds with the values we aspire to pass along to our children. Changing the name is a chance to align those values with a more appropriate role model; it is also an opportunity to rename KCJA to celebrate Black history and leadership.

This call for a name change is not a new demand. After learning of Kennard’s past, parents raised concerns regarding the name and its origins as early as 2014. Led by the PTO’s Equity and Inclusion Committee, the school community elevated those concerns in 2018, carrying out extensive education, dialogue, and self-reflection on the issue guided by best-practice recommendations. The PTO hosted presentations by national experts, held writing and art contests, and engaged the school community in discussions surrounding the possible change.

In 2019, a school-wide survey indicated that 70% of respondents favored changing the name of the school; these results, including information on possible options for the new namesake, were submitted to Adams and the Board of Education.

There are multiple strong candidates for the new namesake. While Black students comprise 80% of the St. Louis Public School (SLPS) student population, a review of school names in the district reveals that only a handful of schools have been named after Black Americans, and even fewer schools have been named after women. We encourage Dr. Adams and the board to take both of these factors into consideration when making their decision.

We recognize that there are more significant issues at KCJA and throughout SLPS. KCJA, a gifted magnet school, is one of the best resourced schools in SLPS; yet over the last 10 years, the enrollment of Black students at KCJA has fallen dramatically from nearly 40 percent to 25 percent. District-wide, only 3% of Black students participate in gifted-education programs, compared with one-third of white students. These disparities speak to inequities in district policy, as well as inequities in our society at large.

The policies that perpetuate these systems deserve our attention. Over the past few years, we helped form a district-wide parent organization, Equity Bridge, and have been advocating for changes that we hope will begin to address some of these inequities. But if we are unable to achieve a simple symbolic name change, how can we ever hope to achieve more substantive change?

We invite others to join us in rejecting the legacy of Samuel Kennard, as our city strives to create a more inclusive, equitable future for all children in SLPS. The responsibility for renaming KCJA lies with Adams and the Board of Education. In 2015 parents informed SLPS of Kennard’s history; we made a formal request for a name change in May 2019 and have continued to press the issue through letters to and meetings with Adams and the board since. It’s time for the district to act.

We encourage you to reach out to them at slpsinfo@slps.org before the next school-board meeting on Tuesday, July 14, and demand that KCJA be renamed to celebrate a person whose life better reflects the values of our community. 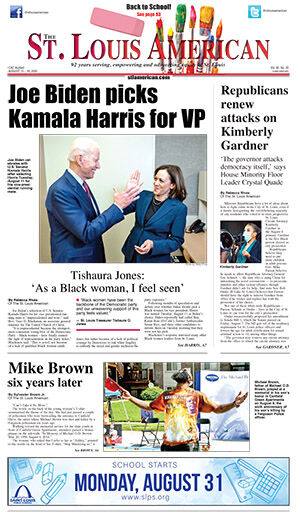