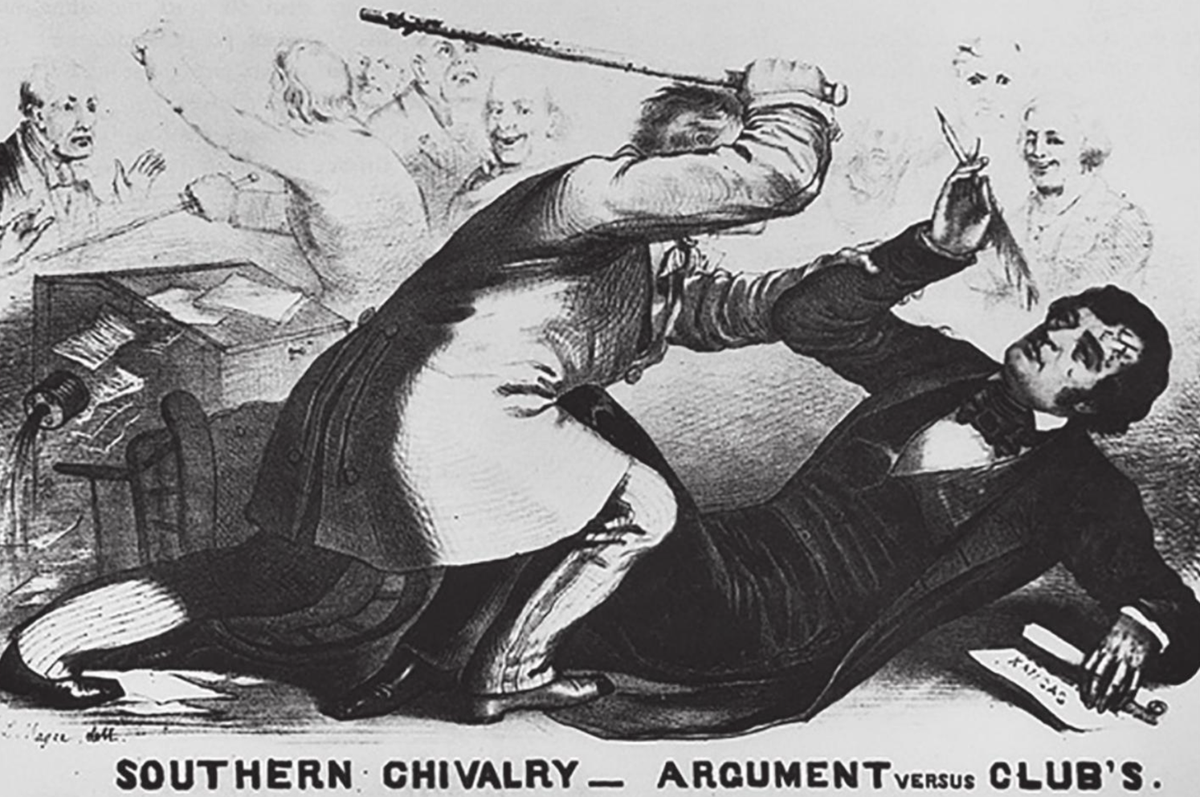 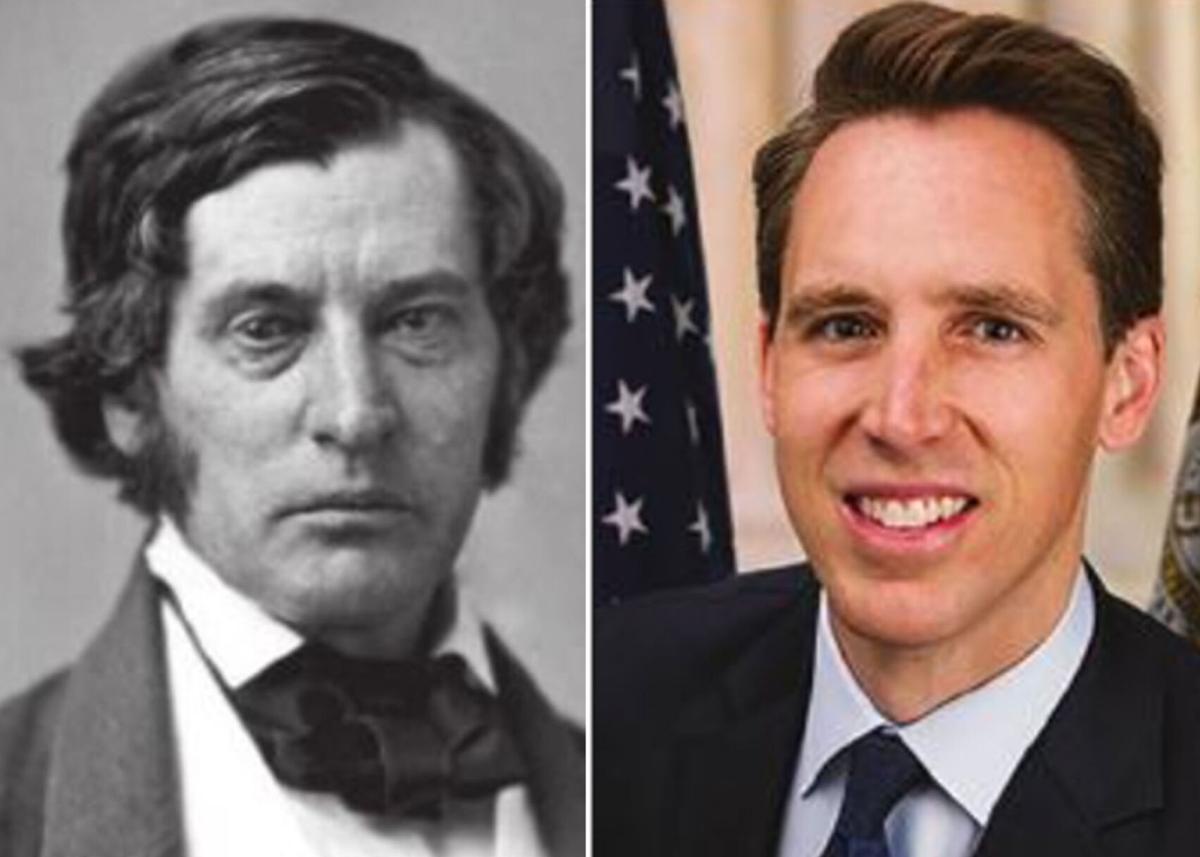 Introducing Missouri senator to a predecessor who stood for justice

A brand new approach to Black History Month just now hit me like a bolt of lightning. Why not lift up one of the most illustrious champions of  BLM justice and equality and introduce him to someone who really misses the mark?

Let's take a U.S. senator who has stepped way, way outside his constituent base for selfish gain, and let's introduce that lawmaker to a predecessor senator, who transcended his base for truth, justice and liberty.

Let's take a senator who brazenly challenged election tallies only in America's heaviest Black voter districts, and have him meet a U.S. senator who stood up for causes everywhere outside his district in the name of racial justice and equality for African Americans.

Charles Sumner (1811-1874) of Massachusetts,  was one of the most vocal abolitionists of his time. He was notorious for making loud, long and colorful speeches on the Senate floor – ironically near Sen. Hawley's present day desk.

Sumner could hold forth for hours, calling for an end to the inhumane enslavement of African Americans. And he didn't mince words.

Standing tall on the Senate floor, Sumner was known for kicking "aspidistra" and taking names.

He called out slave-holding judges and congressmen — and their kinfolk. By name.

The outspoken lawmaker even dared charge that some slaveholders he knew personally kept the damnable institution alive ... so they could have sex with their slaves.

One of Sumner's Senate colleagues actually warned: "This damn fool Sumner is going to get himself shot by some other damn fool."

Lo, and behold, on May 22, 1856, Sen. Sumner was working at his desk in the Senate when Democrat Congressman Preston Brooks stormed up to him.

"I hear you been sayin' some nasty things about my (slave-holding) cousin!"

The righteously cocky Sen. Sumner probably looked up and said something like: "So what?"

And the "so what" led to the bloodiest violence imaginable. Congressman Brooks raised his gold-tipped cane made from the hard rubber-like wood of the Malaysian gutta percha tree.

And Brooks repeatedly cracked Sumner across the head till Sumner fell and became trapped under his desk. Brooks kept striking the abolitionist so savagely the cane actually broke into pieces! But Brooks kept striking Sumner with the piece he still held onto. Sumner, blinded and covered with blood, tried to escape down a hallway.

One of the same corridors that saw blood on Jan. 6 of this year.

Brooks pursued the battered, blood-blinded Senator Sumner and bludgeoned him into unconsciousness.

Sumner narrowly escaped death and was out of the Senate in recovery for more than three years.

To its credit, Massachusetts left Sumner's seat open during his long convalescence, and even re-elected him.

Sumner's assailant actually became a hero among the pro-slavery crowd. He was tried in court for the brutal assault, and got off with a minimal fine.

Bully Brooks and his cronies even gleefully started passing out replica canes as souvenirs of the nastiest form of racism perpetrated on the Senate floor, till just last month.

So, Sen. Hawley, now that you have met Sen. Sumner, might you pick a date during this Black History Month to reassess and formally renounce your grandstanding stances? The ones that appear to reek of opportunistic racism and self-serving pandering?

I believe in redemption. There just might be a road to Damascus for you that does not lead you to the Oval Office.

Had you anticipated those major roadblocks that popped up from the Court system, former mentors, corporate sponsors, event spaces, professional colleagues, constituents, friends and neighbors?

May I suggest some leisure reading for you, Sen. Hawley?

As we begin Black History Month anew, how about digging up some of Sen. Sumner's speeches delivered not all that far from your desk?

And another suggestion, Sen. Hawley: Why don't you quietly consult with the ghost of Sen. Sumner right this minute? This is urgent!

Ask what the consequences might be if some of your pistol-packing congressional comrades are allowed to bring firearms to work in the Capitol tomorrow.

Julius Hunter was class president of the Sumner High School, Class of January, 1961. He credits the academic foundation he received at Sumner High for his successful career in broadcast and print journalism

Looking for leadership to fight the pandemic

Conditions at St. Louis jails: Who are you going to believe?

A golden time at Tiffany’s