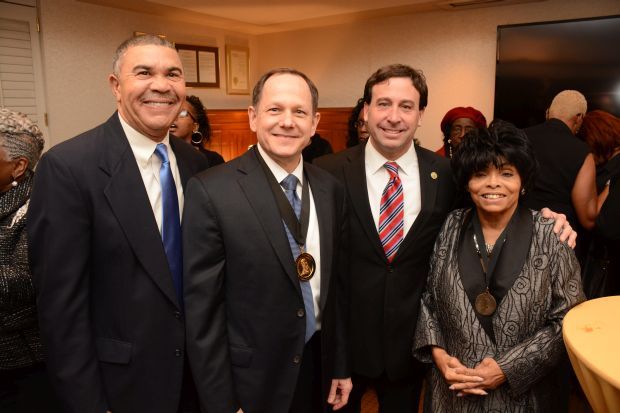 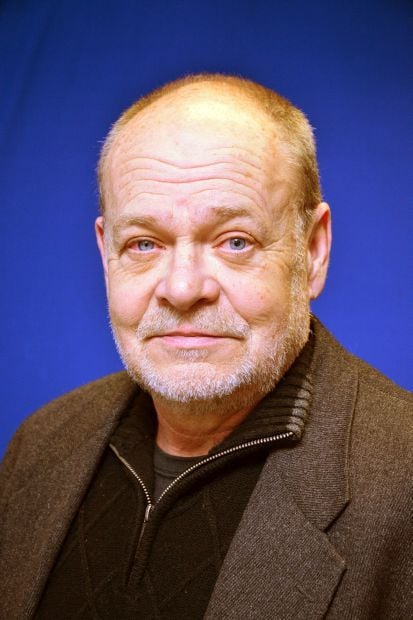 Children’s books and politicians don’t have much in common except that the core audience for both is prone to tantrums. But an earnest and well-meaning new kid’s book about Ferguson is everything that St. Louis County Executive Steve Stenger seems not to be – cheerful, inclusive and regional.

The soft-cover, colorful 48 pages of “Painting for Peace in Ferguson” details efforts by adults and children of both races to paint boarded-up doors and windows in the riot-scarred zone with bright, hopeful murals and messages of peace and healing. Author Carol Swartout Klein dedicates her book to everyday people who realize that Ferguson is a regional problem, concerning all of us.

A similar book about the infancy of the Stenger administration might have a cover showing an angry child taking all his toys out of the sandbox and stomping home, shouting at the other kids, “I do not like you here or there. I do not like you anywhere!”

In the space of a few days, Stenger channeled the “Green Eggs and Ham” narrator twice: first, by pulling any potential county financial support from a proposed new NFL stadium downtown; then, by storming away from a board position with the group Better Together St. Louis, huffing that their real agenda is to merge the city and county, and that no one he knows wants anything to do with that sort of radical experiment in good governance.

Little Stevie may have stomped off with his stadium financing and participation in a group looking for regional governing solutions, but he still has a few toys in the sandbox, like $119 million a year in county sales taxes that keep Metro transit afloat. Sources close to Stenger say he’s unhappy with Metro, especially the failure to extend MetroLink to South County, and is seriously considering advocating reduced county funding to Metro, perhaps instead opting for a version of county-run transit along the lines of the system in Madison County, Illinois.

Stenger’s administrative parochialism shouldn’t surprise anyone. Even during the campaign for county executive, the Stenger apparatus was less concerned with Ferguson than with then-County Executive Charlie Dooley being a sock puppet for St. Louis Mayor Francis Slay. In the minds of the Stenger brain trust, Slay had been the de-facto county executive for years, since Dooley co-operated with the mayor on just about every initiative that came along. Unlike Dooley, say sources, Stenger dislikes Slay on both a policy and a personal level, and has no intention of co-operating with him on much of anything.

A lot of the allergy to regionalism is a result of geography and culture. Stenger comes from and represented white middle-class and working-class South County, where suspicion of both the city and black North County runs deep. Stenger, much to his credit, supported low-income senior citizens housing in South County over the barely disguised racial objections of many people living near the church-funded Oakville facility. But these are still his homefolks, and most would rather gargle battery acid than contemplate a city-county merger or more county funding for city sports venues.

If Ferguson should have taught us anything, it’s that the black/white, city/county, Missouri/Illinois divisions in our area do nothing but make things worse, allowing small-town municipal courts and police departments to treat poor people, especially poor black people, as walking ATMs and pushing greater St. Louis further and further behind in the 21st century globally unified economy.

The brand-new Stenger administration seems to take the opposite view: that co-operating with the city will only drag the county down, and that regionalism is just a five-syllable way of spending county money on mass transit and sporting venues north of the River Des Peres.

This is not some sort of perverse contrarianism; it’s probably a pretty accurate reflection of how many white county constituents feel and is, therefore, pretty smart politics. After all, if Stenger’s support of St. Louis County Prosecutor Robert McCulloch didn’t cost him the 2014 general election, then he may figure he can be pretty certain of black votes no matter what else happens, and he can keep white constituents happy by opposing regional co-operation.

As the first county executive elected after Ferguson, Stenger had a chance to be a sunny, regional optimist, like the narrator of “Painting for Peace in Ferguson.” Instead, he’s opted for a crabbed pessimism, like a thistle-chomping Eeyore glaring balefully across the county line, figuring that regional stagnation and mass transit and Ferguson are somebody else’s problems.

Charles Jaco is a journalist, novelist and author who has worked for NBC News, CNN, Fox 2, KMOX and KTRS.

I wonder if Mr. Jaco's pieces he puts in this publication are also in other St. Louis metro publications?