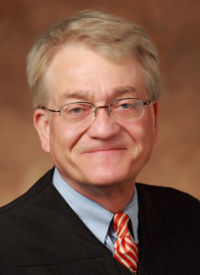 There is a story told about a public defender who went to work for a prosecutor. After prosecuting a few cases, he went to his boss in frustration. “Now I get what you guys are up against,” he said. “The prosecution has to build an entire structure that is perfect beyond a reasonable doubt. All that a defense attorney has to do is put one little rock in one little window, and that perfect house is ruined.”

We suspect Robert Steele, lead attorney for the prosecution, is feeling this in the wake of Judge Timothy Wilson’s egregious ruling on the Jason Stockley murder case. A veteran public defender trying his first murder case – a first-degree murder case, at that, and against a police officer – as a prosecutor, Steele lost and Stockley walked free.

Then there is the question of Stockley’s approach to Smith’s car after his patrol partner smashed into it, ending the high-speed chase. Stockley killed Smith 45 seconds after saying he would kill him, but 15 of those seconds were spent at the side of Smith’s car before Stockley opened fire. An eyewitness – not a police officer; no other cop testified on Stockley’s behalf – said he heard Stockley giving Smith orders before he opened fire. This could be a premeditated murderer providing cover for himself before he takes his victim’s life, or it could be a cop trying to apprehend a suspect who suddenly appears to reach for a gun, as Stockley claimed.

That brings us to the other major hole in the state’s case. There is no video or eyewitness evidence of what Stockley saw when he looked into Smith’s vehicle other than Stockley’s claims. That left a simple defense strategy that the defense followed very simply. They put Stockley on the stand and had him agree to a tremendous amount of incriminating evidence against him, including that he said he was going to kill Smith. That made Stockley look like a credible witness, since he agreed to elements of the state’s case that worked against him. Then, when he testified to what he saw, there was no other version of those events in the trial record. If you had come to trust Stockley as a witness, then you might trust his version of events and decide – whatever he may have said beforehand – that he did reasonably fear for his life when he opened fire. A judge or jury looking for reasonable doubt could find it there.

But there is more than a little rock thrown through Judge Timothy Wilson’s ruling, and it blows more than a tiny hole in his verdict, and the judge did this damage himself.

Wilson had been adjudging DNA evidence and deciding it was inconclusive, according to the state’s own expert witnesses (which is true, another hole in the state’s evidence – the absence of Smith’s DNA on the gun allegedly found in his car does not prove that he never handled the gun). Then the judge offered this amazing observation: “Finally, the Court observes, based on its nearly thirty years on the bench, that an urban heroin dealer not in possession of a firearm would be an anomaly.”

As we all know, “urban” is frequently used as a racial code word. Wilson is saying that he would expect for a black heroin dealer to have a firearm. Smith did not live to defend himself against this judicial charge of dealing drugs, and no amount of prior trial experience should pre-judge Wilson as to the facts on any individual case. This is an outrageous statement of prejudgment, tinged with racist suspicion. The stunning explicit bias in this statement invalidates Wilson – appointed to the bench in 1989 by the odious then-Governor John Ashcroft – unfit to rule on this case. If he were a juror, on the basis of this statement alone, he would have been tossed from the jury as biased toward the defendant.

But, instead, the defendant chose a jury of one, namely this biased jurist, and yet another white police officer who killed a black man – 45 seconds after saying he was going to kill him and ordering his rookie patrol officer to smash into the man’s car to provide an opportunity to kill him – walked free. Needless to say, this biased ruling in favor of a white police officer who killed a (very likely unarmed) black man comes at a time when our nation is reeling from a series of such incidents where no justice was served to the victims, their families or the many Americans fighting for greater racial equity in our criminal justice system.

The outraged protestors say, “The whole damn system is guilty as hell.” In fact, we believe that sometimes our criminal justice system does work, and there are many diligent and honest people working within it. But Judge Wilson is guilty of bias. He should never have ruled on this case, and – due to constitutional protections against double jeopardy – Stockley can never be tried again for this murder of Smith. And we believe a St. Louis jury – with all of the Timothy Wilsons sent home without serving due to racial bias – would have convicted Stockley on the evidence presented. There was no justice. Why should we expect peace?

I can find no record of the QUANTITY of heroin allegedly recovered from Anthony Lamar Smith's vehicle. Was Mr. Smith an "urban heroin dealer"? I can find no evidence to support this. Can you? Can anyone point me to a record of evidence recovered at the scene that includes the alleged GRAMS of heroin recovered?

This piece is far more biased than the judge's will ever be. The judge tried very hard to deal with the facts as established in trial. He was not willing to make any facts up to fit the case. You don't do that! The burden of proof is on the State and it is beyond a reasonable doubt, period. That is a very heavy burden. We want it that way so that innocent people are not convicted of anything. There were several videos and witness testimony. There were a lot of facts proved beyond any doubt. Unfortunately, many of them did not help the state any. Too bad! The court had to follow the law. It is not hard if you put your mind to it. You don't let bias and prejudice get in the way. You just deal with the proven facts and nothing more. You may "think" something happened but you have to know it to find someone guilty on the basis of these facts as evidence in a criminal case in the USA. The victim had a gun. That is what the other cop, Bianchi, testified to. I wasn't there but that was the testimony. We cannot just make up evidence to fit our theory of the case. We are not allowed to do that, ever! This idea of a "throw down gun" was NEVER proved, never. Did they trace the gun? I saw no evidence that they did. So who were its owners? Fill us in. How come there is nothing about that? The .38 special could easily be traced. Who were its owners? The State offered nothing on this issue. Why not? What is going on here? How about just a clean case? Tell us the story, the obvious story.