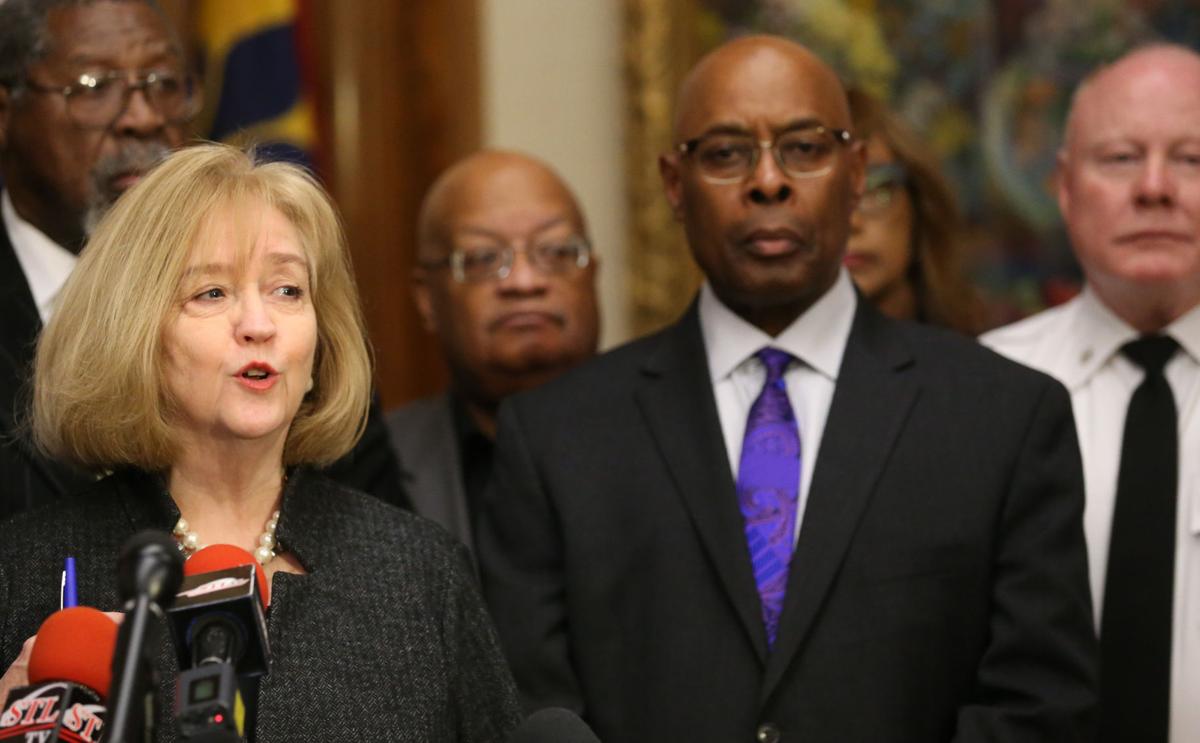 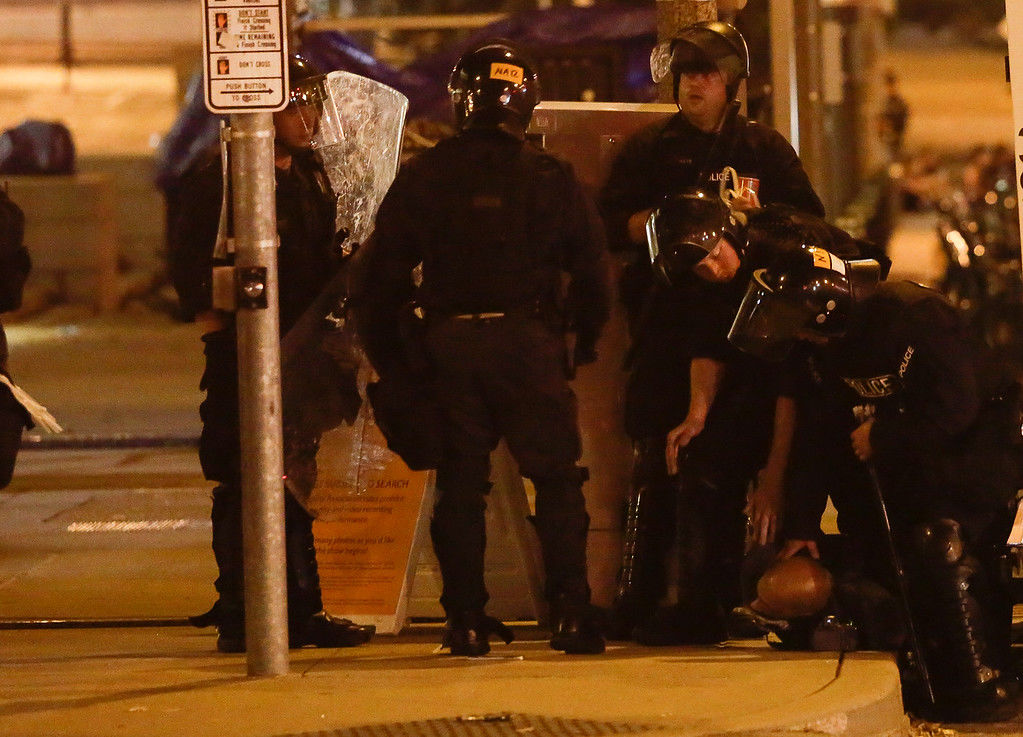 St. Louis police in riot gear on September 17, 2017, the night of the notorious kettling arrests that sparked federal indictments of four police officers and a flurry of civil suits

St. Louis police in riot gear on September 17, 2017, the night of the notorious kettling arrests that sparked federal indictments of four police officers and a flurry of civil suits

New fuel has been thrown on the dumpster fire of the St. Louis Metropolitan Police Department’s unconstitutional policing of Stockley verdict protests this time two years ago, in particular the notorious and brutal kettling arrests on September 17, 2017. The new fuel comes in two civil suits, timed around the two-year anniversary of the night when then-interim police chief Lawrence O’Toole boasted that his officers “owned the night” while Krewson smiled approvingly. However, these suits read like criminal indictments, with the main difference being that, at the end, plaintiffs ask for monetary damages rather than a prosecutor asking for a guilty verdict.

In one of these new civil suits, Mayor Lyda Krewson is named as a defendant – she is accused of participating in a conspiracy to cover up an alleged police beating of a black undercover cop who was arrested in the kettle. In the other suit, every single police officer on duty the night of the kettling arrests – 343 of them, including O’Toole – is named. Had these been criminal charges, this week we would have seen the mayor, along with 343 police officers, arrested. Perhaps that would have been the shock that the Krewson administration and her police leadership need to jolt them out of an unconstitutional and dangerous status quo.

Luther Hall is the black St. Louis police detective working undercover who was caught up in the kettling arrests and allegedly brutalized by his own colleagues. (Three of them face federal trial on December 2.) In his new suit, he makes a series of charges against seven named police officers on duty that night, as well as several unnamed officers, Krewson, O’Toole and the City of St. Louis. The 11 charges range from false arrest, excessive force and unconstitutional arrest to racial discrimination (Hall’s white undercover partner was arrested but not beaten) and civil conspiracy. That civil conspiracy could, with the same set of facts, be charged as criminal conspiracy – with the mayor as one of the defendants.

Let’s the review the facts on Sunday, September 17, 2017, according to Hall, who was taken to police headquarters once his identity as a police officer was discovered by other officers on the scene. “After Hall was treated for his injuries,” the filing states, “Defendant Krewson’s driver transported him back to headquarters. Hall rode up the elevator with Defendant Krewson, who knew Hall was working in an undercover capacity because of surveillance footage he had provided on Saturday and a briefing he had given on Sunday morning. While Hall was riding up the elevator with Defendant Krewson, she said to him, ‘Oh, they messed up your cute face.’”

Krewson’s city counselor, Julian Bush, said that the city would not respond to the filing since it is now a pending legal matter, but KMOV got Krewson to comment. “She said she recalls seeing Hall in the Real Time Crime Center that night,” KMOV summarized, “but did not recall riding in an elevator with him. The mayor also does not deny making the remark but said she cannot recall saying it. She remembers that he was injured, but said on the night of the protests, she was unaware he had been injured by fellow officers.”

First, it’s amazing that a sitting mayor would not deny that she said to an active-duty police officer who had just been beaten up, “Oh, they messed up your cute face.’” The memes mocking the mayor for allegedly saying something this appalling must be on their way. If Krewson stands for reelection – and you would have to think that those who helped to put her in office must be looking for a less damaged status-quo candidate – then she can expect to hear this comment on the campaign trail.

Second, if the mayor’s driver brings a police officer to police headquarters who claims he was just beaten up by cops bad enough to require medical attention, that trip to headquarters can only be an act of damage control. If Krewson really had not been told who messed up Hall’s “cute face,” then she must be almost unbelievably out of touch with her own police leadership, not to mention her own common sense. Or, of course, she could have been lying to KMOV to cover up her own criminality in participating in a criminal cover-up. It is not a crime to lie to the news media, but it most certainly is a crime to lie to federal investigators. If Krewson has not been interviewed by the FBI yet about what she knew that night and when she knew it, surely she will be soon. What will she say she knew? What will others who were in police headquarters that night say she knew? Does the civil conspiracy alleged in Hall’s filing outline a criminal conspiracy that will eventually be charged? If so, will the mayor become a criminal as well as a civil defendant for her actions on the night of September 17, 2017?

Celebrities speak out against police killing of George Floyd

Ferguson activist charged with inciting a riot via Facebook posts

Other officers on the scene of George Floyd killing charged, murder charges upgraded for Derek Chauvin