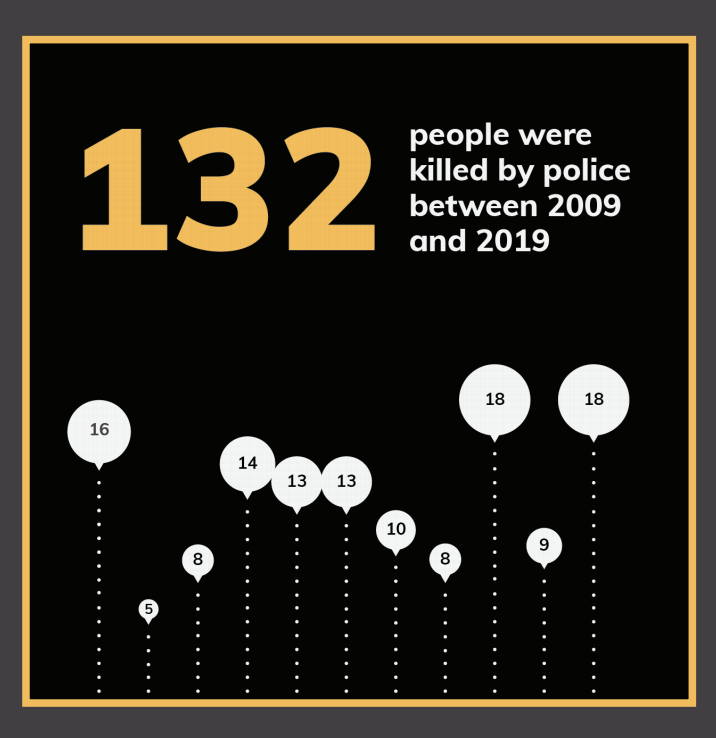 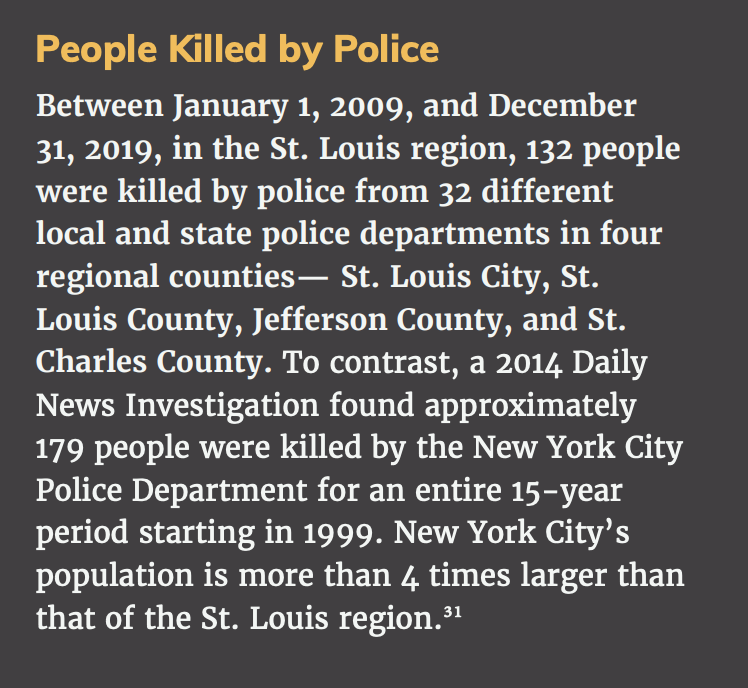 When Cary T. Ball Jr. was killed by a St. Louis Metropolitan Police Department officer in 2013, his mother, Toni Taylor, said she “realized when a loved one is taken from you by police brutality there’s nothing you can do.”

Facing unresponsive courts, a lack of legal support, and faltering social services, she fought for eight years for justice for her son.

But as Taylor came to realize, she is not alone in her fight. All over St. Louis, families of those killed by police continue to fight for justice in a system where it often seems that everything is stacked against them.

Taylor’s anecdotal knowledge of the frequency of experiences like hers, corroborated in survivors’ groups and meetings with local activist groups, is now supported by new data.

A report released Monday, Jan 18,  by civil rights law firm ArchCity Defenders shows the number of families navigating the aftermath of a loved one’s killing by police in the St. Louis area is higher than the unaffected might imagine.

In a two-year study, ArchCity compiled a list of “at least 179 people who were killed by police or who died in jail custody between 2009 and 2019 in the St. Louis region.”

In the release of the results of that study, the report used the term “fatal state violence” to describe the combined in-jail killing and police killing numbers. Thirty two out of the 179 died in jail custody. The vast majority of the remaining 132 were shot by police officers.

Ninety two percent of the victims named in the Fatal State Violence report were men, and 72% were Black.

The study also released the names of 80 police officers who were reported to be directly involved in the deaths of people in the St. Louis region, 65 of which were St. Louis Metropolitan Police Department officers. Only three of the total 80, the group noted in their online report, were criminally charged, convicted or incarcerated as a result of killing someone.

Many of the more well-known police officers who killed civilians on-duty, such as Jason Stockley and Darren Wilson, were acquitted or never charged at all. Seventy six out of those 80 were officers working with the St. Louis Metropolitan Police Department.

Six of those 80 officers were involved in more than one killing. Several, after being involved in a death, were moved to another police department in the region.

According to the Mapping Police Violence database, the St. Louis Metropolitan Police Department has an average annual rate of 16.9 people killed by police a year. ArchCity counts 69 people killed by officers affiliated with that department between 2009 and today.

Of the 80 reported officers who have killed, two had their licenses revoked — Christine Miller and Don McGhee — according to 2017 state-level data obtained by USA Today. Don McGhee, a former SLMPD officer, was off duty when he reportedly shot at 28-year-old Terrell Beasley on Dec. 19, 2014.

During the time period covered by the report, several area police departments — in particular, the nationally-scrutinized Ferguson Police Department — have instituted non-lethal force training, as well as other mitigating measures such as the use of body cameras and diversity training.

The St. Louis Metropolitan Police Department, too, has noted that de-escalation training and racial sensitivity training have been mandatory for all its officers since 2014.

But, as attorney Emanuel Powell put it, “Officers keep killing, despite all the work that is being done. The numbers continue to rise.”

He stated in Monday’s webinar that, if anything, ArchCity’s list of 80 names is likely missing some names, due to the inaccessibility of public records data.

“There are many more who were involved. But this is what we were able to find given our public records requests…It was very difficult to identify the officers involved.”

Gina Torres, whose son Isaiah Hammett was killed in a no-knock SWAT raid in 2017, said she works with the Fatal State Violence project in order to ensure other families don’t have to go through what she has experienced.

“If I can help save another family from the pain we go through … I’d never wish it on no one,” Torres said, noting that her surviving children are now afraid to call the police. “If something happened, how are they supposed to think to call the police?” Torres asked. “The police killed their brother.”