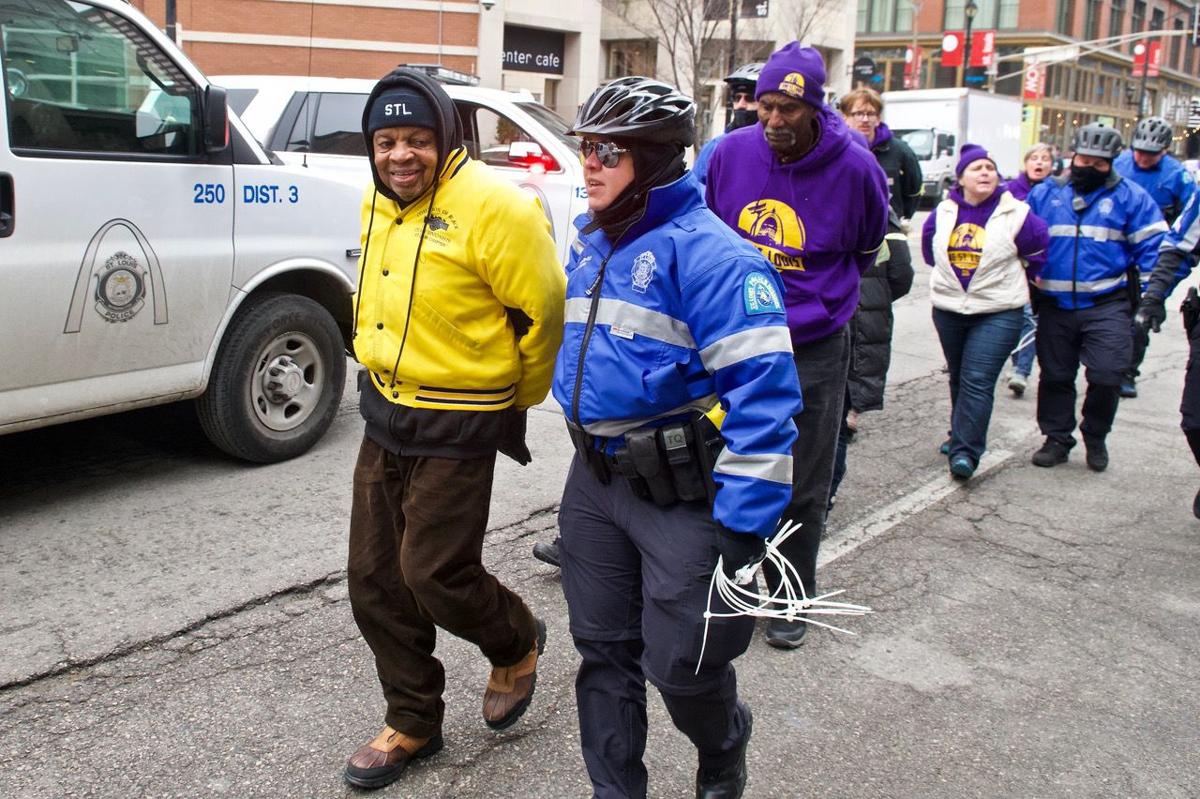 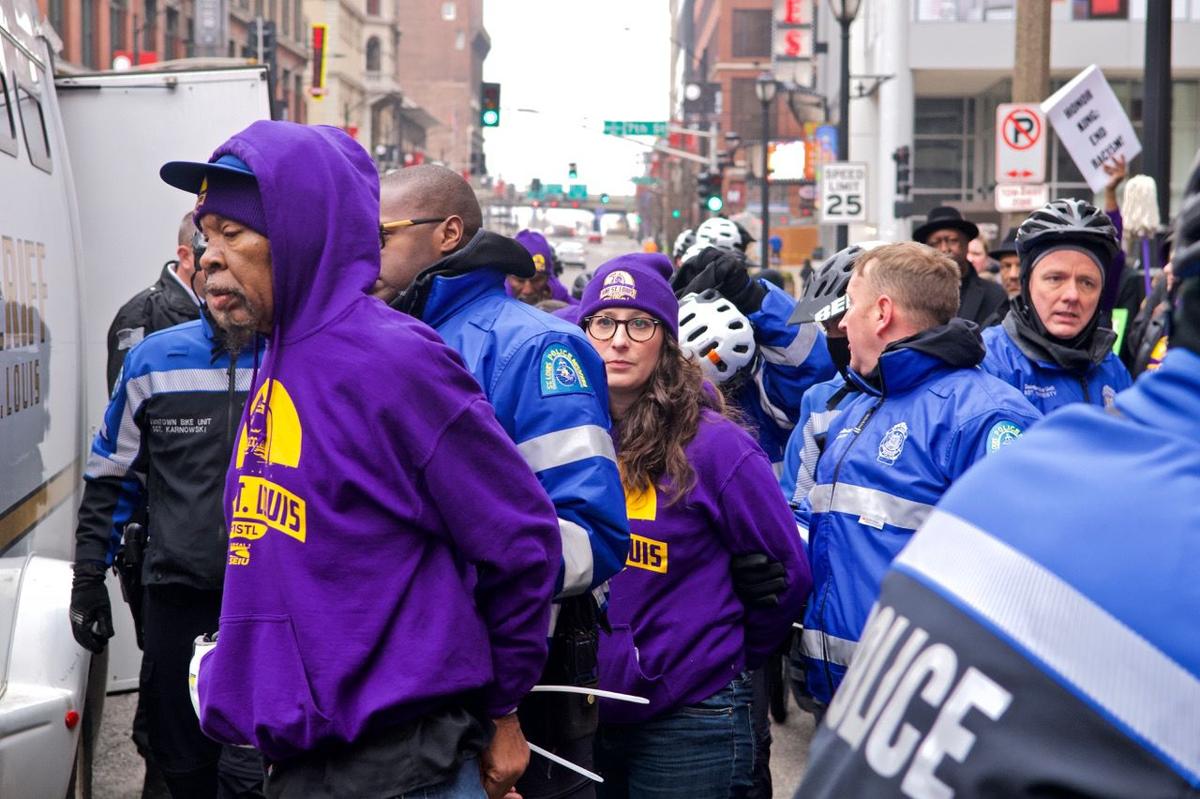 Around noon on Monday January 27, 17 janitors and allies were arrested at a downtown protest in support of a $15 an hour wage for the city’s janitorial workers, who at the moment are generally receiving around $10 an hour.

Charles Harris, who was arrested, has been a janitor for 17 years.

“I’m here to support all the working families,” Harris said. “We’re here for $15 an hour, and if we can get that goal, I’d be very happy.”

This was his first time risking arrest. “If that’s what it takes to get to the goal, I’m willing to do it," Harris said.

If successful, SEIU Local 1’s campaign could raise the wages of over 2,100 workers. One of those workers is Alishea Bell, who is only able to make ends meet by working another full time job on top of her full time janitorial work cleaning the trading floor at Wells Fargo.

“I’ve been there four years,” Bell said. “I feel that $15 would make it a little easier. I have two small children, 13 and 11. It used to be one job would make you middle-class.”

Now, Bell said, if she did not work two full-time jobs, she would have to go back on welfare and struggle to feed her children.

Her job at Wells Fargo, where she is paid $10.20 an hour, is highly technical. “Before I got there, they weren’t able to keep anyone, because they couldn’t figure out what they were doing,” Bell said.

Several public officials were in attendance to express solidarity with the janitors. Alderwoman Megan Ellyia Green, who was among the 17 arrested, noted that in 2017, the St. Louis Board of Aldermen passed a $10 minimum wage in the City of St. Louis, but was pre-empted by the state government ruling that localities could not raise their minimum wage above that of the state.

Both Green and St. Louis City Treasurer Tishaura O. Jones noted that a livable wage was one of the recommendations of the Ferguson Commission. When that report was released five years ago, it recommended a minimum wage of $15.69, which was what was required to rent a basic two-bedroom apartment in St. Louis at the time. Now, however, the minimum wage is currently $9.45 an hour. Most janitors make within a dollar of that number.

“All work deserves dignity, and all work matters,” Jones said while marching with the union. “We are really serious about making sure that people stop making poverty wages.”

Jones herself took that step with service workers in the Treasurer’s Office last year. “It’s made a hell of a difference in our employees being able to make a livable wage and take care of themselves and their families,” Jones said.

Many of the protestors see janitorial pay as a racial equity issue, as signs reading “HONOR  KING: END RACISM” demonstrated. The racial income gap in the St. Louis region has grown by more than 10 percent since 2010, with black families three times more likely to live in poverty than white families.

The protestors sat down holding hands in a circle at 7th and Washington, but were only able to hold the street for a few minutes before policemen on bicycles arrived, grabbed and handcuffed those sitting in the street, and took them away to police vans. But the janitors and their allies seemed to be in good spirits--even those being led away in handcuffs.

“It shows building owners, it shows business and civic leaders, that janitors are willing to do whatever it takes to win the strong new contract they need to support their families,” said union representative Nick Desideri.

“Fifteen dollars to make this region more equitable across racial lines — that’s what the Ferguson Commission recommended. Now it’s time that businesses, civic leaders, building owners, step up and make this a reality for our region.”

Everything you need to know about the CARES Act Rebate