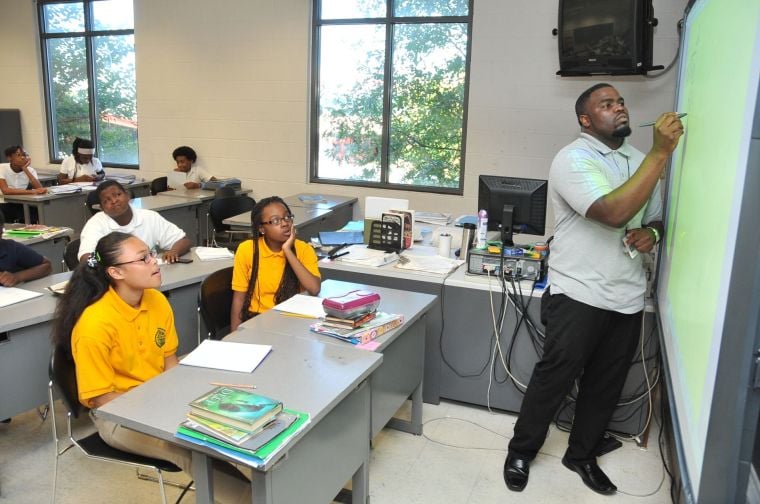 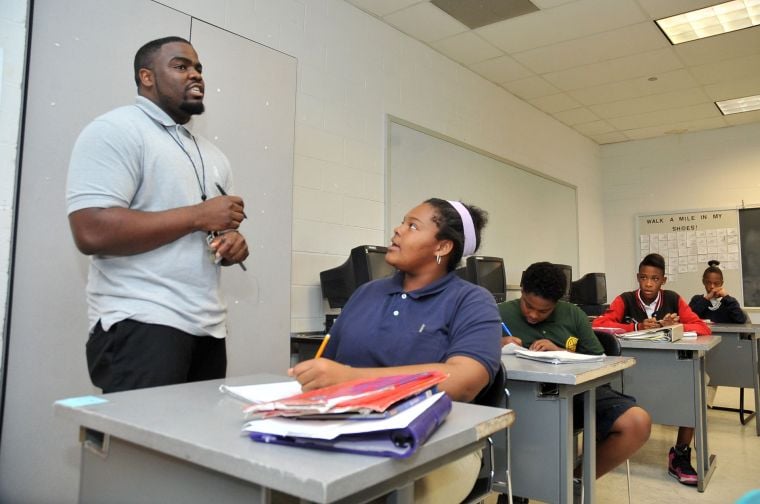 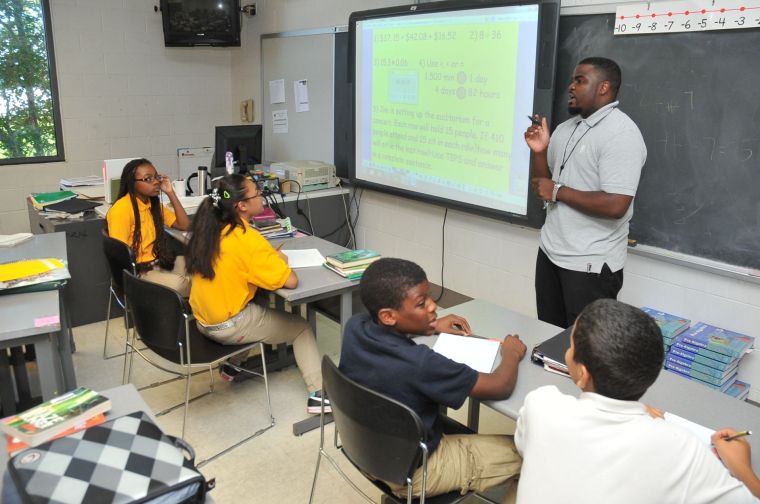 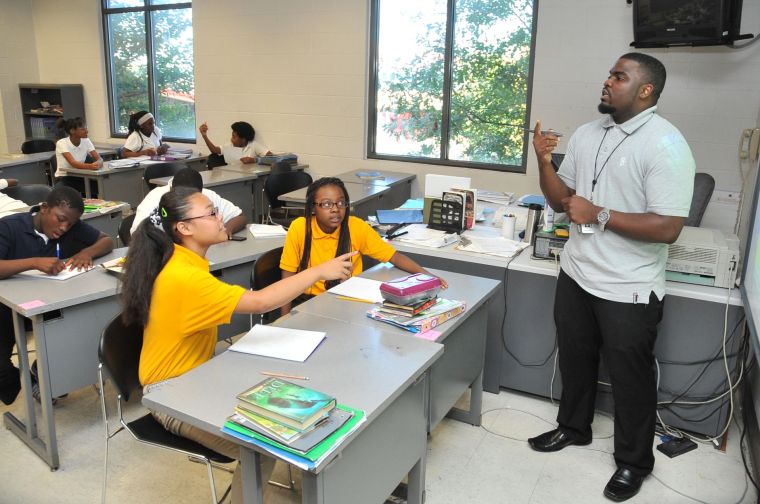 Chris Leatherwood is a seventh-grade math teacher at Gateway Middle School, and he is part of the two percent of teachers nationwide who are African-American males.

He understands that there is a growing need for more black male teachers, he said. But that’s not why he chose to join Teach For America, a national organization that trains professionals to become teachers in low-income communities.

“I’m a product of the public schools, and I know how underprepared I was to enter college,” said Leatherwood, a Washington University graduate in English literature who joined the organization this year. “I wanted to help kids to be better prepared than I was.”

Just eight percent of children who grow up in low-income communities graduate college by age 24, according to the Postsecondary Education Opportunity research group. When Leatherwood committed to teaching in public schools for two years with Teach For America, he joined about 6,000 TFA teachers nationwide who want to ensure that all children receive an excellent education.

The organization also aspires to be a model of diversity and inclusiveness for the nation, leaders said. Recently, Teach For America announced that 14 percent of those 6,000 new teachers are African-American and 39 percent are people of color.

Among TFA teachers in St. Louis, 19 percent of the incoming corps members identified themselves as African-American – compared to the national average of 7 percent for all teachers, according to the Department of Education.

“The majority of children we serve are African-American,” said Brittany Packnett, executive director of Teach For America St. Louis. “Continuing to diversify our corps to reflect the students and communities with whom we partner is a major priority for us.”

Beyond race, it’s also about life circumstance, said Packnett, who is herself African-American. In St. Louis, 35 percent of incoming corps members were Pell grant recipients in college and 27 percent were first-generation college students.

“While we believe that great teachers come from all backgrounds, we also know that teachers who share the backgrounds of students have the potential for profound additional impact,” Packnett said.

Leatherwood was a first-generation college student who received Pell grants. When he entered college, he felt he wasn’t prepared mentally or emotionally, he said. In his lesson plans, he now tries to impart confidence to his students when working through math problems. He said some students have been intimidated by math for so long that they don’t even try. He feels he’s making some headway in showing them that accuracy is more important that speed, he said.

“My students are amazing,” he said. “I love the struggle, the conflicts and the issues that come up.”

He is also aware that he has the power to inspire his African-American male students in a special way.

“I present myself as a role model to younger men,” he said. “If I can be a role model, then maybe they’ll think, ‘I can be a professional black man one day.’”

Packnett said the organization has been able to recruit more teachers of color this past year with a program founded by Chanel Harris Hampton, a former corps teacher and now recruitment director.

“She took on the question, ‘What are we going to do to hone in on talented teachers of color?’” Packnett said.

Hampton decided that she needed to get potential recruits excited about St. Louis, and she arranged trips that both highlighted the program and the city’s attractions. The program, called STAI (Strength Through Awareness and Inclusion), is meant to recruit more teachers of color and to support current corps members as well.

I am not a racist and therefore it is so complicated for me to understand why the skin color has to be an issue. If an English Language and Literature teacher has an accent, well this I may consider as a problem. But the first thing we have to pay our attention to is teacher’s skills, his students performance and score results. That is all. We live in a democratic country, so let’s be democratic towards each other. In any case, hopefully, there will be more teachers of all nationalities, more professionals that would gladly bring more to our nation, manage to teach our kids how to make researchers (check reliable service to write a research paper), create different projects and other.

Harlem will be the National Urban League's new headquarters