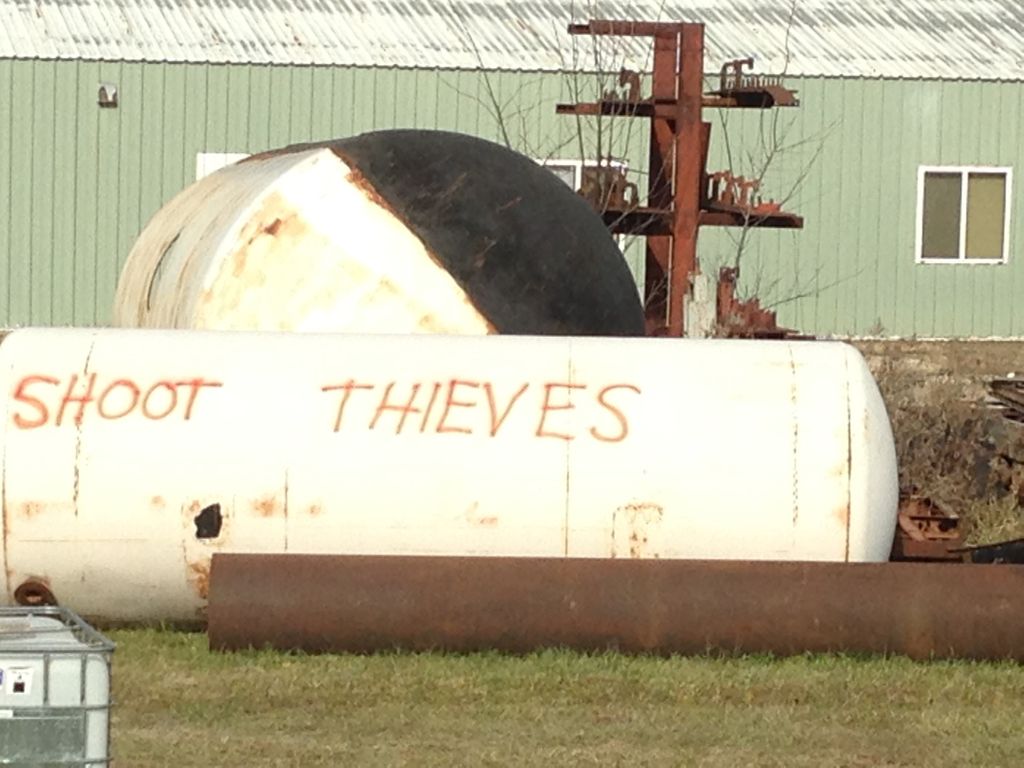 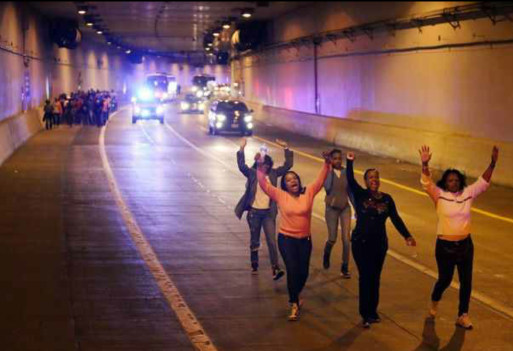 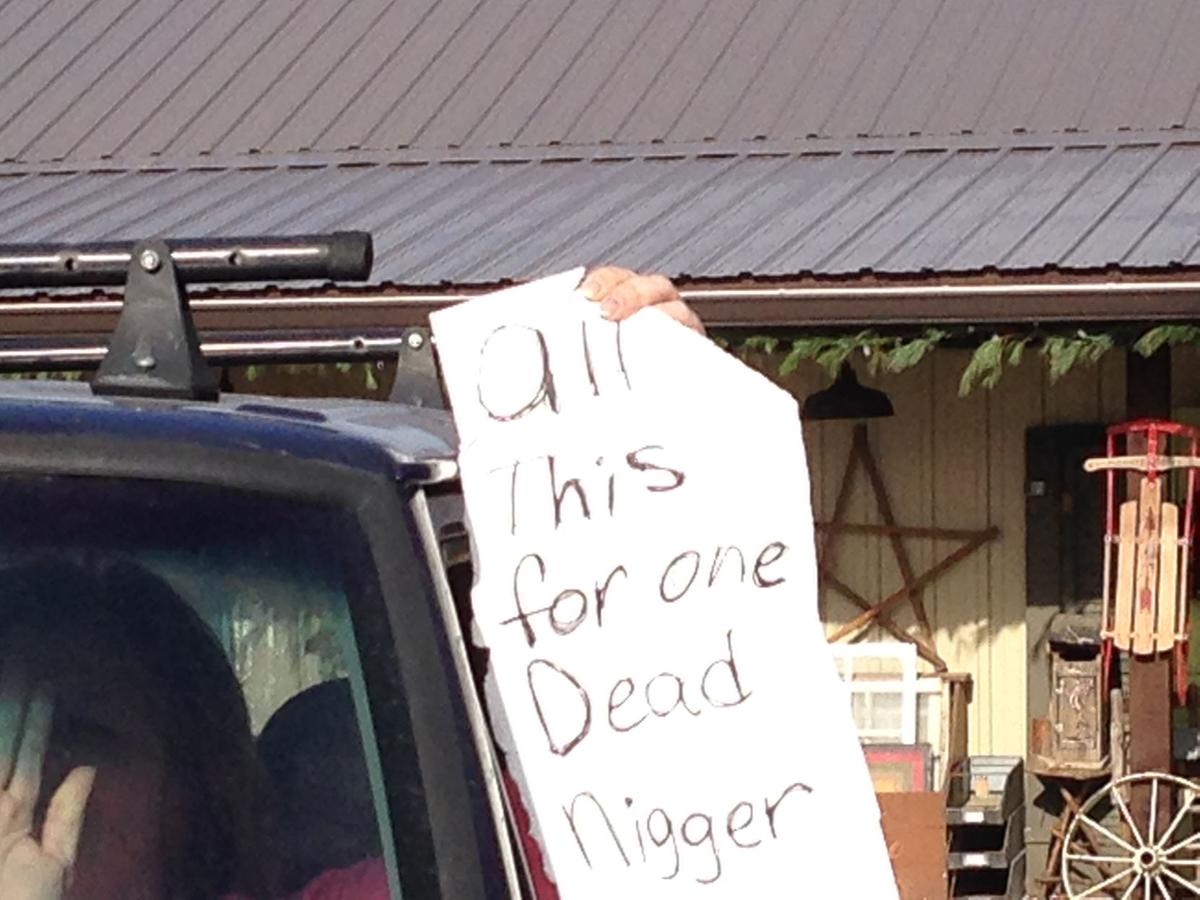 It was eerily quiet when the group of about 75 people on the NAACP’s “Journey for Justice” entered the small town of Rosebud, Missouri on Wednesday.

St. Louis Public Schools instructor Rhea Willis turned to her daughter, Cheyenne, 15, and asked her, “Are you sure you want to do this?”

They had started the 134-mile trek from Ferguson to Jefferson City on Saturday, seeking systemic change to the criminal justice system and justice for Michael Brown Jr.

And although they were greeted with the words “Shoot Thieves” spray-painted on a large barrel outside of Rosebud, Cheyenne was determined to walk through the town.

“There were people out on both sides of the streets, but they were just staring at us at first,” said Cheyenne, a sophomore at the Collegiate School of Medicine and Bioscience Magnet High School. “We were calm. Then they started calling us names, like ‘thieves.’”

The people started yelling, “Get a job! Get off welfare!” One of the most disheartening sights, Rhea said, was seeing a young boy, about the age of eight, hold up a sign that said, “Go home, (N-word).”

“It wasn’t a shock because I know how these small counties in Missouri are,” Rhea said. “I expected it, but it wasn’t until you actually see it. Wow, it was amazing.”

While their bus was stopped and empty, someone shot at a window and shattered the glass. Some townsfolk left out 40-ounce beer cans, chicken wings and watermelon. Rhea said one woman was supportive and told them, “Good job!” But a man next to her said, “Yea, they are good (N-word).”

Before coming on the trip, Rhea prepared her daughter for what she might experience. All of Cheyenne’s life, Rhea had talked about the civil rights movement and showed her movies. So Cheyenne told Rhea she felt ready. Among the group that went the whole distance, Cheyenne was the youngest participant.

“When she went all the way through the town, I was so proud of her,” Rhea said.

Every once in a while, they would joke between themselves to lighten the tense mood in Rosebud. Cheyenne once said, “Mom, they think we don’t have jobs. Do they have jobs? Because they are out here protesting against us in the middle of the day.”

But other than a few quiet comments to each other, the entire group was serious, Rhea said. They walked in a tight formation and did not respond to the taunts.

“We were so united,” she said. “We were disciplined. We did not allow their chants and signs to affect us. We let them know you would not intimidate us. And it showed my daughter discipline and unity above all. That was a teachable moment for her.”

Afterwards, Cheyenne tried to tell her friends what happened, but she said they couldn’t believe it.

“Racism still exits,” she said. “It’s not a joke. I learned how to cope and deal with people who are ignorant. And no matter what, no one can stop me from doing what I need to do.”

“The reason I wanted to do this was because I need to be the voice of youth.”

Overall, Rhea and Cheyenne said they had empowering, positive experiences. They were awed that people from as far as Brazil and Canada joined the group at certain points.

The group has six more miles to walk today before arriving at their destination – Governor Jay Nixon’s home – in Jefferson City. Rhea has heard that they might encounter other counter protests along the way. Yet for her it’s all worth it when her daughter says to her, “Mom, I’m going to come back a different person.”