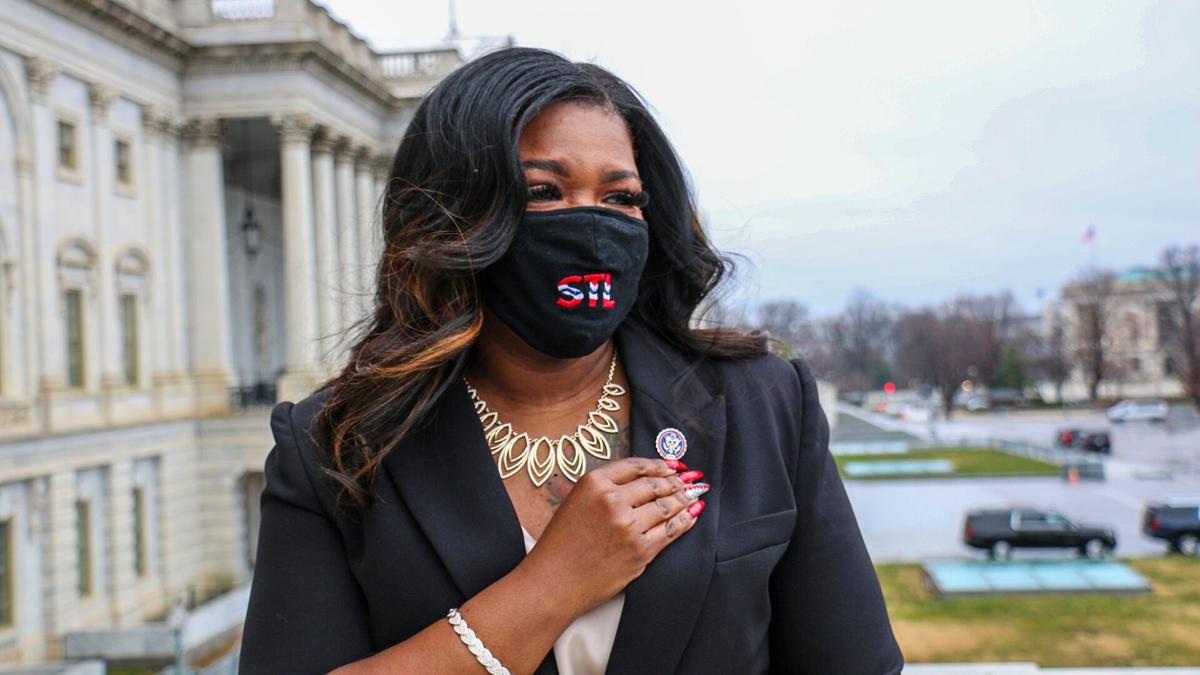 Rep. Cori Bush touches her newly issued lapel pin that identifies her as a member of Congress 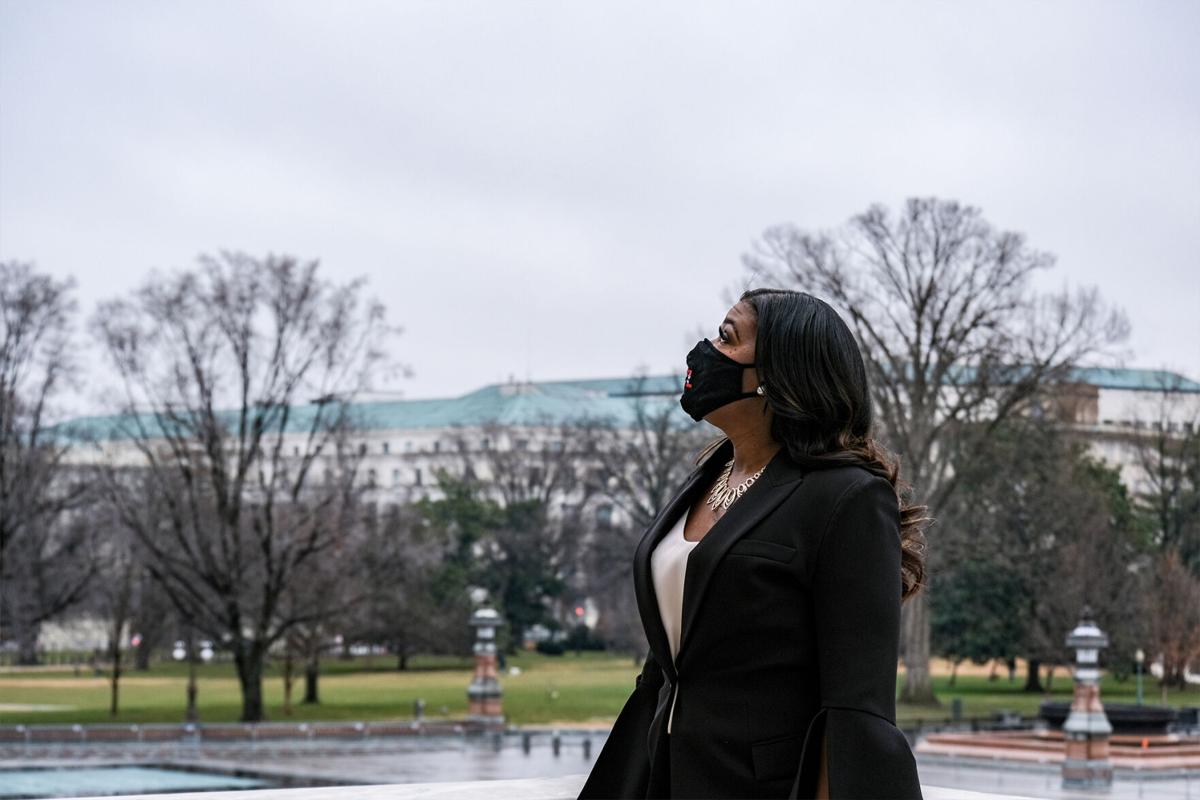 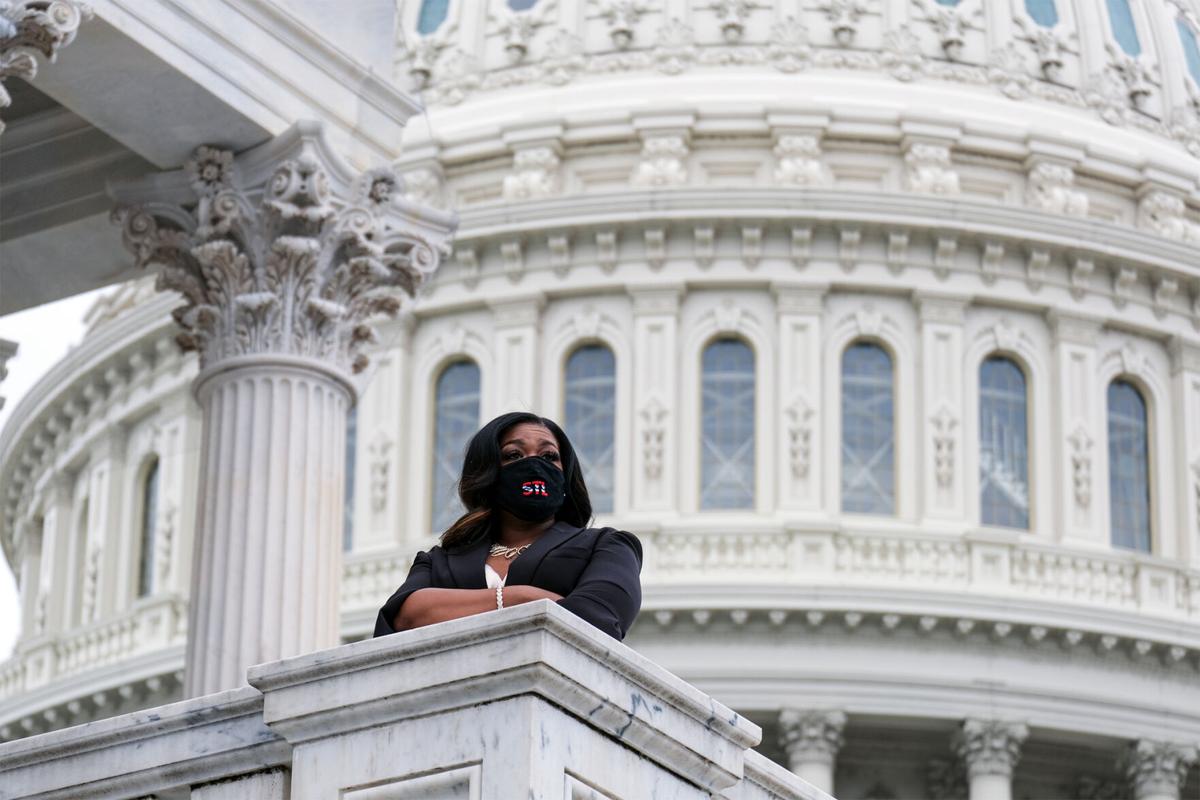 U.S. Representative Cori Bush poses for a photo in front of the United States Capitol Building in Washington, D.C. on January 3rd, 2021.

The people of St. Louis.

That’s what was on the mind of U.S. Rep. Cori Bush about an hour before she was sworn into the House of Representatives on Sunday morning.

“How much I can get done, and how fast I can get it done — people feeling represented — that’s the biggest thing on my mind right now today,” she said in an interview with The American shortly before the ceremony.

As the first Black woman from Missouri elected to Congress, Bush’s swearing-in was a historic moment. She said she has felt the excitement and hope in her interactions with people since she was elected in November.

“I've received a lot of emails and letters, and I’m stopped on the street, in the store, with people just saying that [they] feel represented now,” she said. “So many black women have come up to me and are just in tears and they just walk up to me and hug me — even in the pandemic — and have been very emotional about feeling seen.”

And those responses haven’t just been from Black people, Bush noted.

“And so many of these people feel you don't have to be Black,” she said. “You know, it's all random people from all different walks of life that feel like this is a turning point, because if I can do it, so many others can do it as well.”

She said she’s received support and advice from a lot of people, including Congresswomen Alexandria Ocasio-Cortez, D-N.Y., and Ayanna Pressley, C-Mass.

Bush said Pressley talked to her a lot about self care and about remembering that she is human.

“Because if I am not well I can’t help others,” she said. “So that was some great advice.”

Ocasio-Cortez also talked to Bush about practical things, such as how to pay for a wardrobe and how to find a place to live that is still within her means while in Washington, D.C., which has a notoriously high cost of living.

On the morning of her swearing in, Bush said she is prioritizing her goals that have to do with providing COVID-19 relief.

She said she’s in full support of an effort led by Rep. Rashida Tlaib, D-Mich., to implement a monthly, recurring payment of $2,000 to families for a year.

“So I’ll be organizing around that and we’ll see what happens,” she said.

Bush also said she is focusing on providing educational tools for children, including tutors, national broadband, laptop computers and other equipment that children need to successfully participate in school.

“And then we absolutely need a $15 federal minimum wage with so many families hurting right now and struggling without having a livable wage,” Bush said. “And we need Medicare for all and we need to cancel medical debt and student debt, to help our people get to a place of stability.”

Along her general duties in the House, Bush will also sit on the House Committee on the Judiciary. She was appointed to the committee on Dec. 18. She said it’s been her long-time goal to be able to address policing and other civil rights issues.

“I'm really nervous, but I'm also just honored and excited,” Bush said of being sworn in. “I'm overwhelmed and I’m just grateful to the people of St. Louis for believing in me and being on this journey with me and I want the people of Missouri’s 1st District to know that I'm bringing them with me, that this seat is our seat, that this office is our office and that I am doing this for us.”