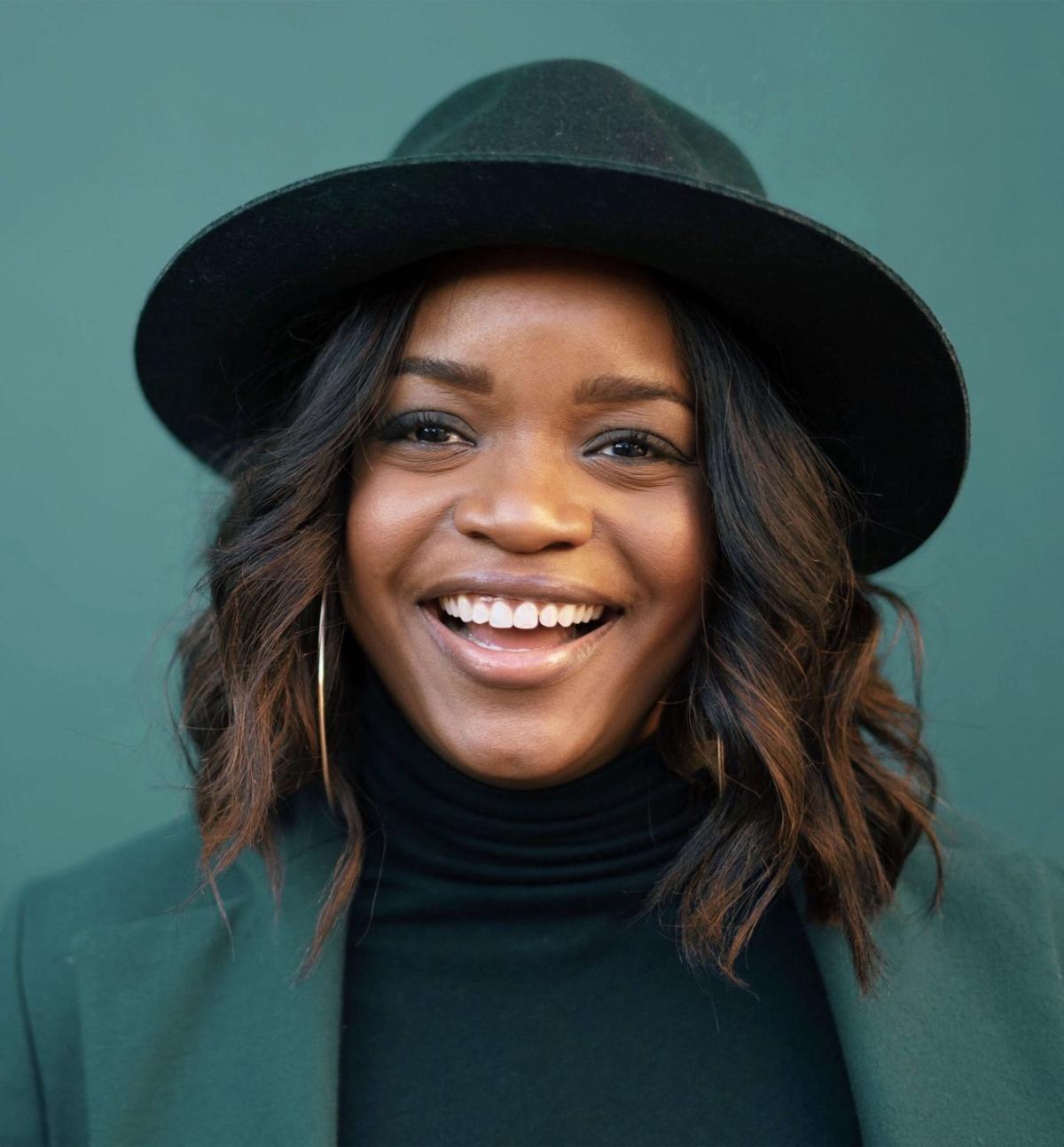 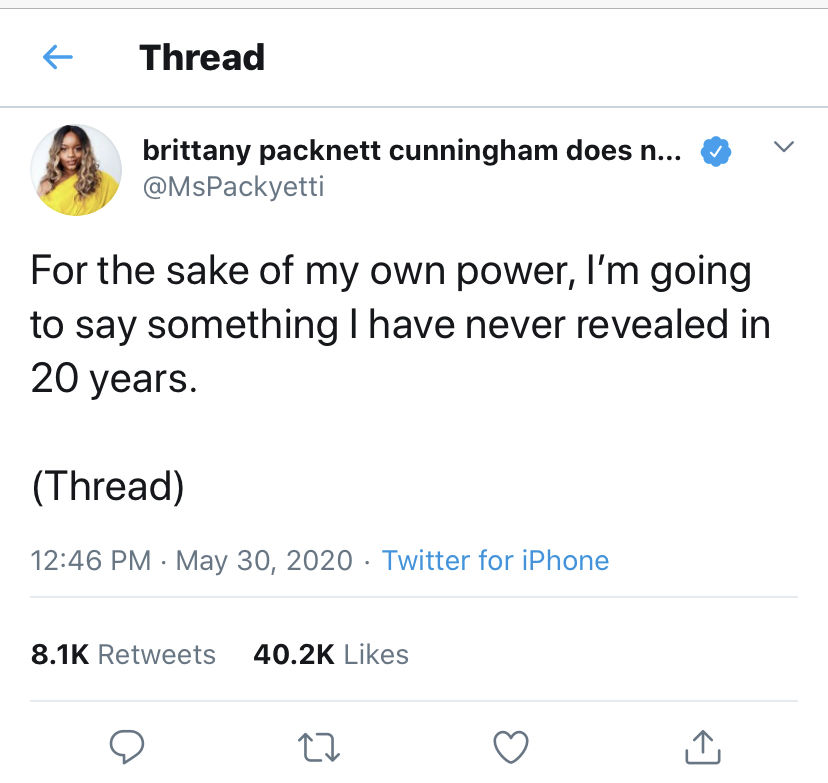 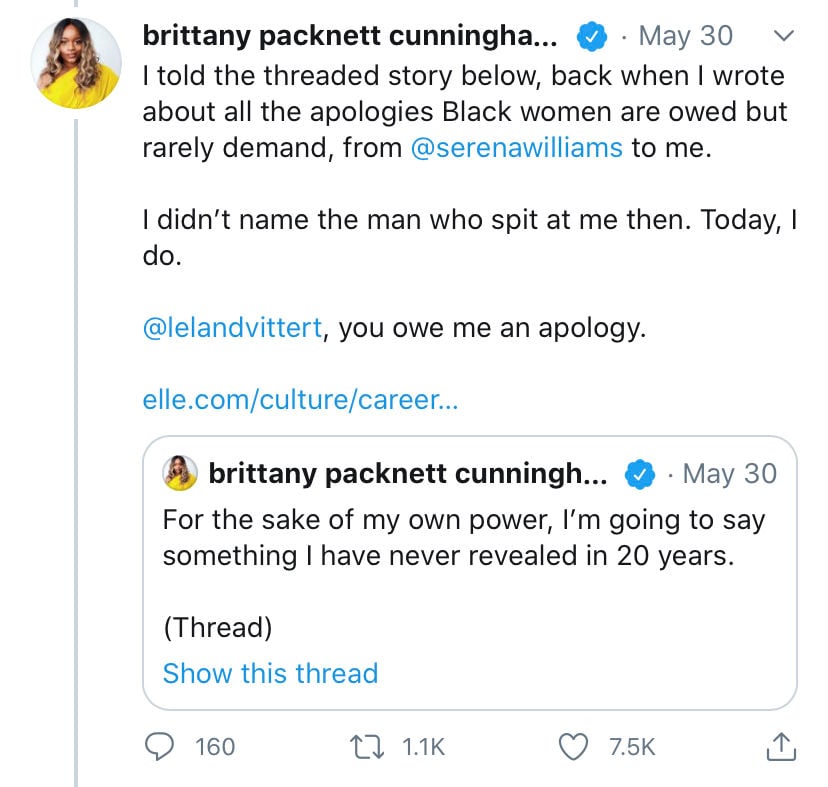 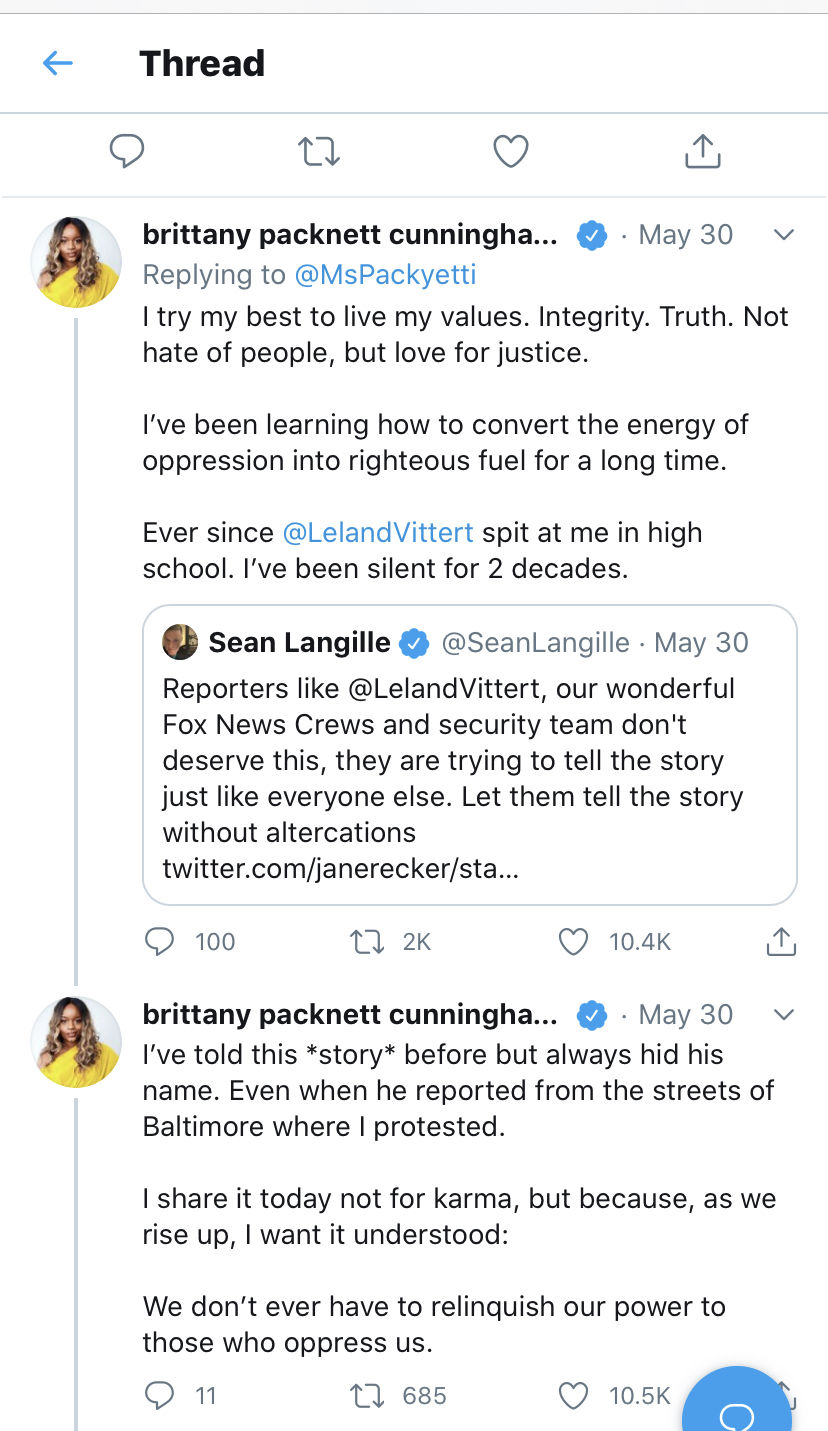 The activist and writer Brittany Packnett Cunningham accused Fox News reporter Leland Vittert of harassing and spitting at her when they were students at John Burroughs School 20 years ago and demanded an apology.

The American asked Vittert to respond, and a Fox News publicist responded with a statement.

“I can’t imagine the struggles Ms. Cunningham has faced in her life. But I was not a part of them. I can say unequivocally — I have never spit on or at anybody,” Leland Vittert stated.

In his only post since she accused him of harassing and spitting at her, Vittert thanked Fox news colleagues for their concert and support. Vittert and crew were harassed and assaulted on Friday night while covering protests near the White House. It was the sympathetic news coverage Vittert received for that incident that sparked Cunningham’s tweet thread, which she introduced by writing, “For the sake of my own power, I’m going to say something I have never revealed in 20 years.”

Then, in 16 tweets over a span of 12 minutes, she described Vittert’s alleged harassment of her, which she claimed culminated in his spitting at her.

“I’ve told this *story* before but always hid his name. Even when he reported from the streets of Baltimore where I protested,” she wrote. “I share it today not for karma, but because, as we rise up, I want it understood: We don’t ever have to relinquish our power to those who oppress us.”

She previously told the story on the Amy Poehler’s Smart Girls website, where the boy who harassed her was referred to as “Privileged Pete.”

“On top of universal feelings of adolescent inadequacy, high school as one of four black girls in the whole class also meant traversing the jungles of teenage racism,” she wrote in 2017.

She wrote that Vittert, described as “Pete,” began to harass her after she co-founded the school’s first student diversity club. She said he thought “that talking about racism was racist.”

“Pete decided the best way to prove racism wasn’t real was to be more racist and harass me.” Cunningham wrote. “When he’d catch me between classes, he’d walk up close behind me and repeatedly ask if his presence was oppressive, walking me all the way to my next class. You read that right: he was actively harassing me while asking me if he was oppressive.”

She wrote that he spit at her after she confronted him.

“I turned around and said ‘L — (Whoops! I mean…) Pete, you can’t keep doing this,’” she wrote. “Then, in one swift, instantaneous, racist reflex, he sucked in deep, gathered all his might, and hurled a giant wad of spit right at my face. It landed at my feet.”

She was stunned into silence.

“The white, wealthy son of a school trustee and the black, scholarship daughter of a widow were no even match,” she wrote. “Even my 15-year-old self knew I’d lose that fight every time. Why put myself through the humiliation of speaking a truth no one wanted to hear?”

She wrote that a teacher and coach, Daniel Harris, convinced me to break her silence; “there was a terse, forced apology, and nothing more,” she wrote.

Harris, who now directs the school’s Office of Diversity, Equity & Inclusivity, was asked to comment on Cunningham’s version of events, as was the head of school.

“Brittany has been incredibly important to Burroughs both as a student and as an alum in helping to identify the ways that the educational experience for African-American students here -- and around the country – needs to be improved,” Head of School Andy Abbott responded.

“Over the years she has helped us develop the training that we now have for faculty, staff and students. Burroughs would not be the school you see today without her impact.”

In her tweet thread, Cunningham focused on her transformation, not the past humiliation. Ultimately, her message was inspirational.

“He tried to bury me. He did not know I was a seed,” she wrote. “They will try to bury you. Be a seed. I love y’all. Seize your love and power. It is your most precious resource. It works. Let’s get free.”