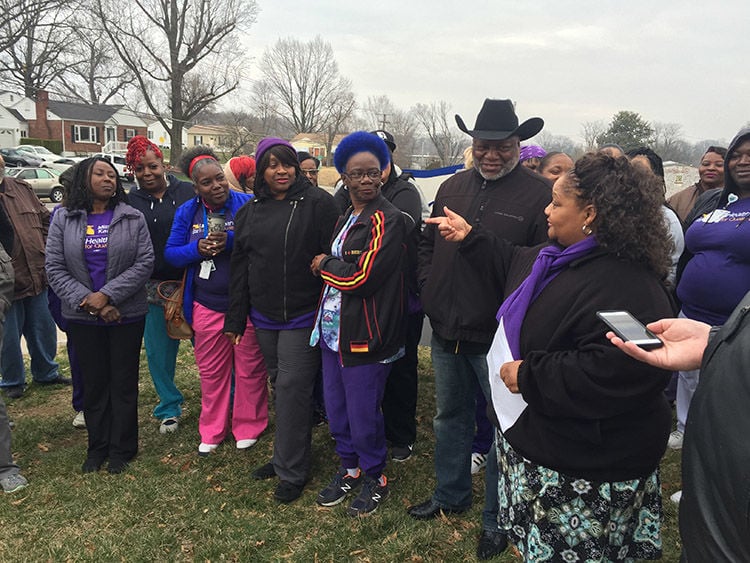 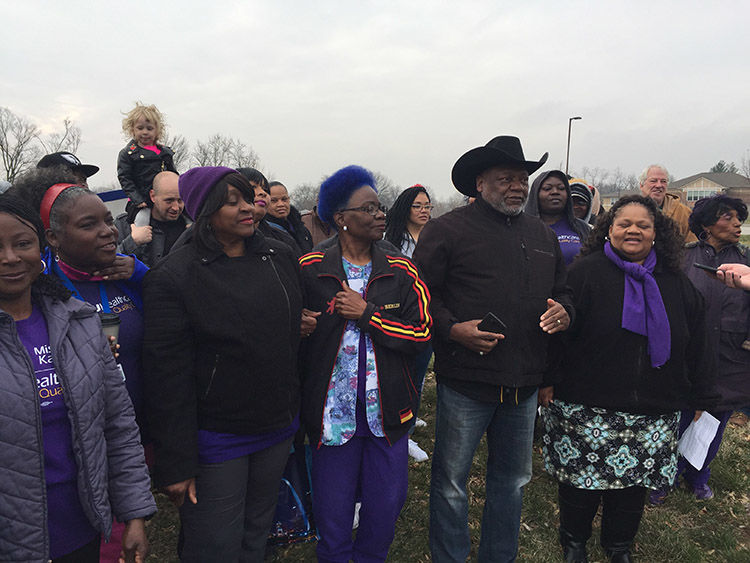 Workers are off the picket lines and back at work at Christian Care Home in Ferguson. Workers went back to the job on Monday, March 19, following a 104-day strike.

The new two-year contract agreement provides wage increases connected to the minimum wage, beginning next year. Christian Care Home agreed to pay the increase in health insurance rates for 2018, and to pay half of any increases to insurance rates for 2019 and 2020. The contract agreement also calls for prompt payouts for a number of unfair labor practice and grievance settlements within 10 days.

Davis, a certified nursing assistant, said about 48 replacement workers who crossed the picket lines during the strike would be leaving. Another outcome for the union is increased unity among employees, increased knowledge about labor contract language, and increased interest in representation, she said.

“I think they are more educated in what a union is all about. We had just five stewards through the facility ... and I believe we’re going to double that,” Davis said.

“And not just going with some stewards that just say, ‘Okay, I’m just going to be a steward just to have a position,’ but to actually fight for people to make sure that these practices won’t continue in our facility.”

Strikers received support from community allies, faith leaders and elected officials, as they braved the cold and remained reinvigorated during their fight for a fair contract.

“From day one of their strike, I was impressed with how the workers were on the picket line not just for themselves, but for the whole community,” state Rep. Bruce Franks said. “When they stood up for themselves on the job, they were demanding that they be treated with dignity and respect – and that all workers be afforded that same dignity and respect, whatever the color of their skin.”

The American has reached out to members of Christian Care Home’s management on multiple occasions, who refused to comment on the work dispute.

The strike began on December 1, and workers filed multiple unfair labor practice charges against Christian Care Home for making unilateral changes to staffing, hours and schedules, failing to provide relevant information in a timely manner, and otherwise restricting workers in the exercise of their rights.

The union reported that management further challenged strikers’ resolve with additional actions, which resulted in workers’ having to file additional ULP charges that Christian Care Home threatened recent hires with termination for joining the strike and denied accrued and earned benefits to striking employees.

In late February, the St. Louis regional office of the National Labor Relations Board announced it had found merit to multiple unfair labor practices grievances the strikers had filed.

Lenny Jones, director of SEIU Healthcare Missouri, said it was always a matter of timing and perseverance.

Tuesday, March 13, a little over two weeks after the NLRB finding in favor of the workers, management agreed to the new contract, which workers voted overwhelmingly to ratify the following day.

“I am inspired by the workers’ bravery and persistence,” state Rep. Cora Faith Walker said. “They won this victory for themselves and for residents, by standing strong and not backing down.”