Violence is a public health concern, many elected officials and organizers now agree.

On November 8, Mayor Lyda Krewson announced that the City of St. Louis Department of Health will lead the violence-prevention program Cure Violence, which is set to receive $8 million in city funds over the next three years.

The Cure Violence model — which treats violence as an epidemic outbreak and therefore a public health issue — is active in more than 25 cities throughout the world. The idea is to employ local residents who have respect on the streets (often ex-convicts) to prevent gun violence by de-escalating potentially violent situations before they happen.

Supporters of the program have been waiting to hear where the Cure Violence sites — which target areas of about 15,000 people — will be located and how many there will be. On November 8, the mayor also announced that there will be three sites in three areas of the city. The sites will focus on crime within approximately 10-by-10 blocks in the Wells Goodfellow/Hamilton Heights, Walnut Park and Dutchtown neighborhoods.

“The sites that had the highest number of incidents were the sites that were selected for the violence prevention project,” Dr. Echols said.

The goal is to have the program up and running in the second quarter of 2020, he said.

Dr. Echols said the community and stakeholders must be involved in the planning over the next few months in order for the program to be sustainable. A big part of the planning is making sure that all those involved understand the history of St. Louis, he said.

“What we are seeing now is just a manifestation of the decisions and the policies that have been implemented over the prior decades,” Dr. Echols said. “It’s important to understand how we got to where we are.”

The health department’s vision is to implement an equitable health system, he added.

“Addressing violence is one way to do this,” Dr. Echols said. “We can’t do this alone. We need help from the entire health system, including numerous agencies, academics, community members, religious organizations, and law enforcement. We need the community to be engaged and empowered to make healthy choices.” 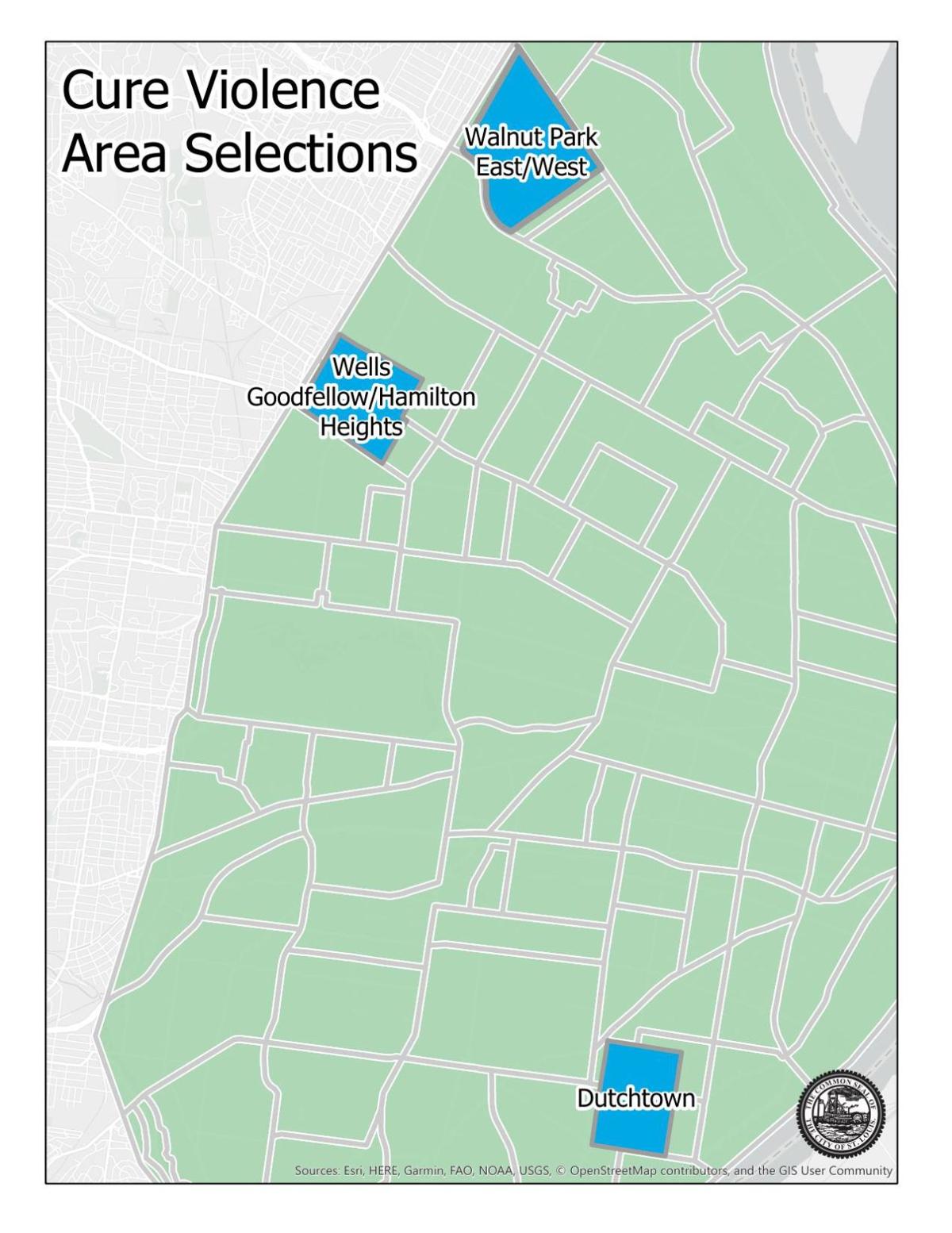 “Cure Violence is proven to reduce shootings and killings dramatically in urban settings in just one year,” the bill states.

Cure Violence leaders will be guiding the implementation of their de-escalation model in St. Louis and training staff. All staff will come from the specific neighborhoods where they will be working, said Marcus McAllister, an international trainer with Cure Violence.

He testified at an aldermanic hearing that the $8 million will pay for about 50 employees over a three-year span — and those are people who come from the affected neighborhoods.

In June, two community organizations — Organization for Black Struggle (OBS) and the Coalition Against Police Crimes and Repression (CAPCR) — paid thousands of dollars for McAllister to come to St. Louis and complete an assessment. They organized a week-long agenda of meetings with community members, Public Safety Director Jimmie Edwards, leaders of the city Department of Health and other city officials.

While these community groups paid for the assessment and have led the effort on bringing the program to St. Louis, they felt left out of the site-selection process.

“Cure Violence sites are selected based on a number of criteria including crime statistics,” according to a statement from CAPCR to The American. “The mayor is circumventing the community-led process established since Cure Violence was first considered as a health-based violence prevention model. Community buy-in and subsequently involvement is key to the success of any program like the Cure Violence model. This cannot be a top-down initiative where the people most impacted by violence are not at the table.”

The group said that they didn’t have an issue with the sites selected, just the process.

The mayor’s spokesman responded, “It was not the mayor’s sole decision. Working with Cure Violence, the police department used their statistical information to offer the locations and that’s what we ended up going with.”

Echols said his team is working on creating an application process for hiring staff and the group will soon be publishing that information, along with more about the upcoming process.

CDC reports that Hispanic, Black workers most impacted by COVID-19 at meat plants

Kennard school should not be named after a Confederate lieutenant

St. Louis' 'Close The Workhouse' Campaign gears up to close the deal

Kevin Hart still feels 'lucky to be alive' after crash