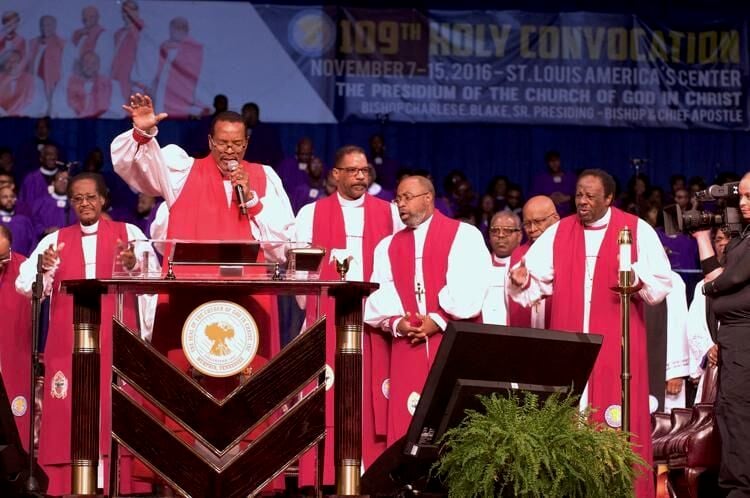 Presiding Bishop Charles Edward Blake Sr. preached at the Church of God in Christ’s Holy Convocation in St. Louis in 2016, before the COVID-19 pandemic. On August 5, Bishop Blake celebrates his 80th birthday, and the Church of God in Christ will have a virtual celebration in his honor on COGIC’s Facebook page and on the church’s website cogic.org on August 7 at 7 p.m. CST. 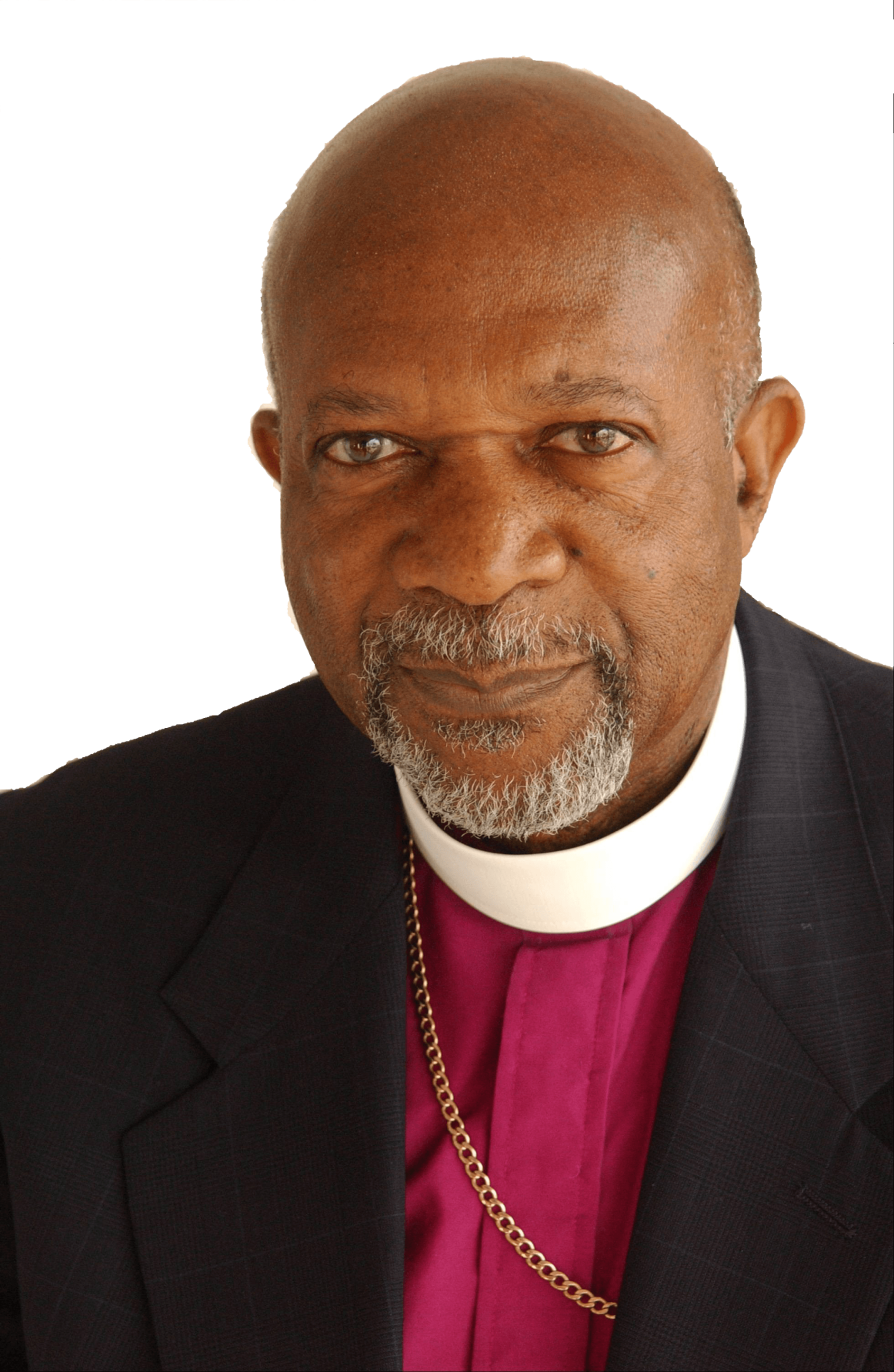 The year was 1959, and I was led by the Lord to move from Toledo, Ohio to San Diego, California. This was a fairly big move, as I was a young father and recent graduate of Oberlin University in Ohio. With the support of my first wife, Jean, the move was successful, and the rest is history.

I have had the pleasure of being a close observer of the life of Bishop Blake. He served as the assistant pastor at Jackson Memorial after I started my church in 1962. In 1969, he then relocated to Los Angeles and we were both consecrated as bishops in 1985, along with 12 other men. Since I can recall, Bishop Blake has always been a man of integrity, determination, distinction, dedication and philanthropic service.

Upon his arrival at West Angeles, Bishop Blake went diligently to work to create a ministry that would have a lasting and significant impact on, not only members, but the community at large. Outreach programs concentrating on the needs of the community were developed, and soon the West Angeles congregation outgrew their first church facility.

Bishop Blake has always been a man of tremendous vision. He envisioned, in an old furniture store on Crenshaw Boulevard, a lovely sanctuary and multi-purpose center that would soon serve as the hub for the revitalization of the Crenshaw Corridor near 36th Street and Exposition Boulevard.

An explosion of growth occurred at the new West Angeles facility where, before long, there were a total of five thriving worship services on Sunday morning, an impactful community development corporation, a Christian day school, an extensive, professional counseling service that became a fixture of the community, and various other ministries and services. Bishop Blake would often say that the church must be a part of the community; otherwise, there is no need for the church. Under his God-driven leadership, West Angeles has certainly accomplished this over the years.

In 2001, God blessed West Angeles to march into a newly constructed Cathedral. The beautiful, 5,000-seat auditorium and the land on which it sits is valued at more than $70 million. Through the Community Development Corporation and the church, there is more than $150 million dollars of property controlled by West Angeles in the Crenshaw Corridor. Astoundingly, all of the property is used to supplement the vast community services of West Angeles through more than 80 active ministries.

Far beyond the Crenshaw Corridor and birthed from an urgency to respond to the HIV/AIDS crisis, specifically in Africa, Bishop Blake founded the Pan African Children’s Fund, contributing to 400 orphan care programs in more than 24 sub-Saharan African nations. These programs impacted the lives of more than 230,000 vulnerable children negatively affected by the life-changing HIV/AIDS epidemic.

Through the leadership and vision of Bishop Blake, Save Africa’s Children provided grants for basic human needs, more than 60 educational schools, the construction of 12 schools and multiple classrooms and numerous water wells. In addition, Save Africa’s Children helped to established 30 income-generating projects, so that what was initially provided would be self-sustaining and contribute to the revival of African communities.

For Bishop Blake’s commitment to the advancement of the Kingdom, God has blessed this son of North Little Rock, Arkansas with vision and knowledge that has made a lasting and deep impression on millions around the world. I am personally privileged to be one of them. He often says that he sees us in the future and we look much better than we do right now. The same is true of Bishop Blake; the hand of God on his life is surely evident.

On August 5, Bishop Blake celebrates his 80th birthday, and the Church of God in Christ will have a virtual celebration in his honor on COGIC’s Facebook page and on the church’s website cogic.org on August 7 at 7 p.m. CST.

Bishop George Dallas McKinney is a native of Jonesboro, Arkansas and has resided in San Diego, California since 1959. He is the founding pastor of the St. Stephen’s Church of God in Christ, the prelate of the Second Ecclesiastical Jurisdiction of Southern California, and has served as a member of the General Board for the Church of God in Christ since 2000. He is the author of nine books, is married to Barbara Warren McKinney, a retired judge, and is the father of six sons.