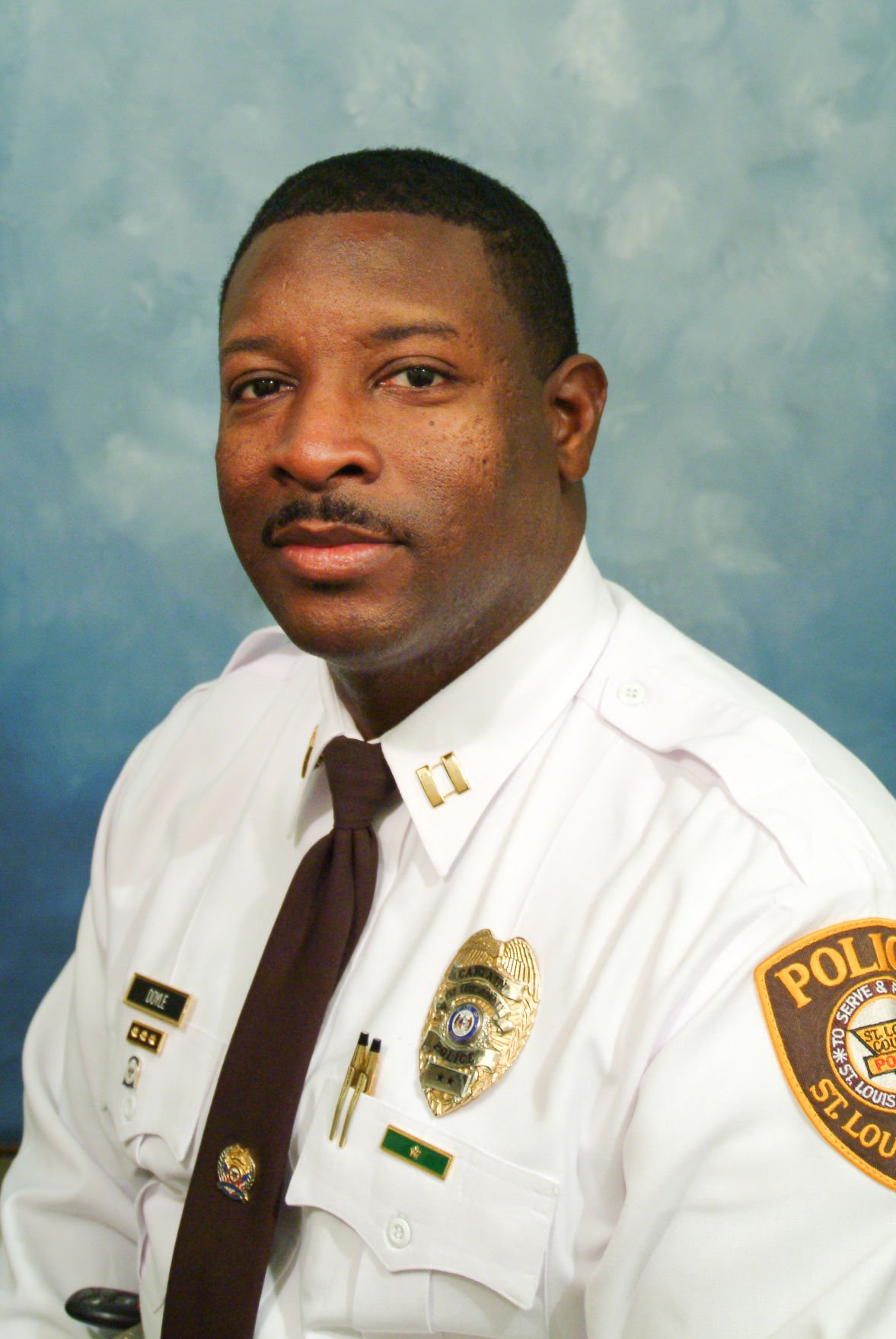 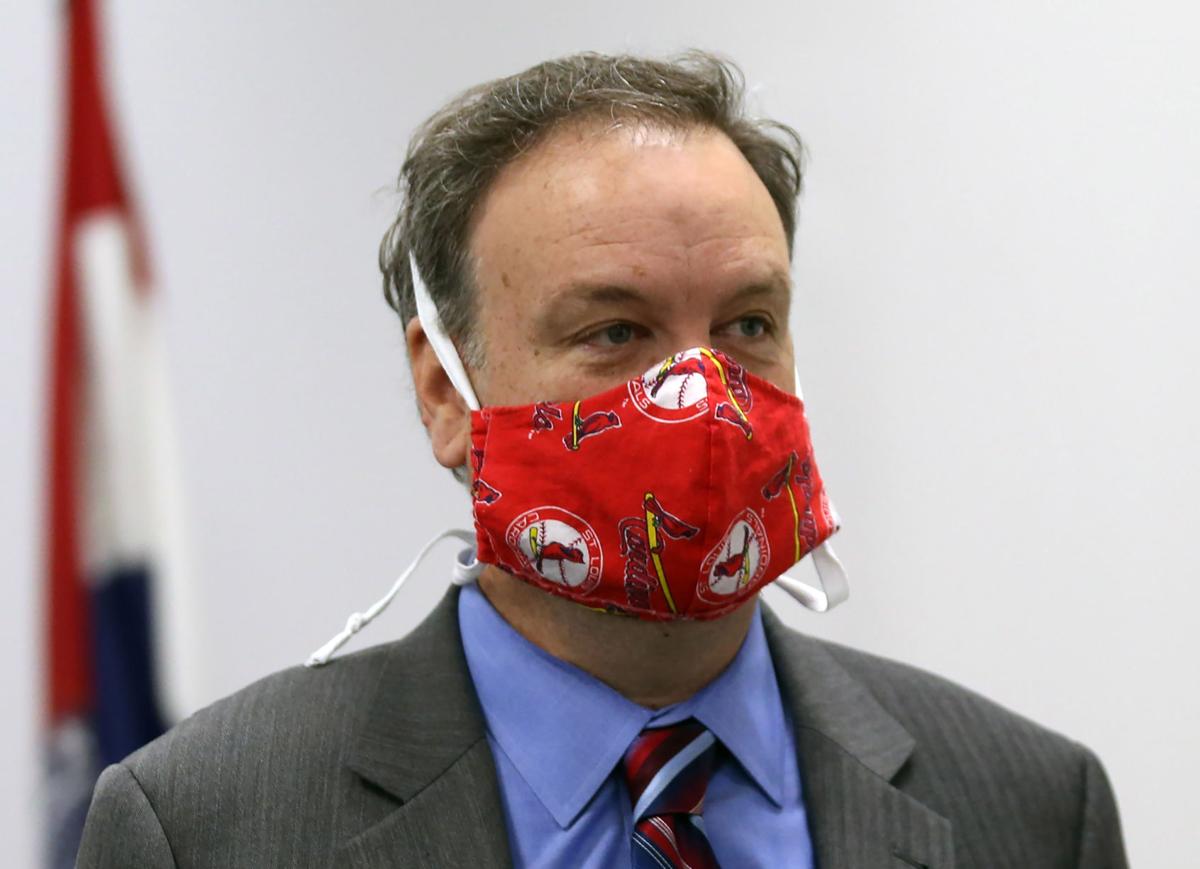 St. Louis County Supervisor Dr. Sam Page, wears his mask as he leaves a press conference where he talked about new recovery plans dealing with Coronavirus, in Clayon, Missouri on Monday April 13, 2020.

St. Louis County Supervisor Dr. Sam Page, wears his mask as he leaves a press conference where he talked about new recovery plans dealing with Coronavirus, in Clayon, Missouri on Monday April 13, 2020.

St. Louis County Executive Dr. Sam Page declined to settle with St. Louis Police Lt. Col. Troy Doyle regarding allegations of racial discrimination for $3.5 million before the August 4 primary, and as a result Doyle is now publicly discussing his grievances with Page and the St. Louis County Board of Police Commissioners.

Page declined to settle on the advice of County Counselor Beth Orwick. In a letter to Doyle’s attorney, Orwick argued that the police board, not Page, passed over Doyle to promote someone else to police chief, so Page can’t be guilty of discrimination for their decision.

Doyle’s attorney Jerome Dobson claimed that Page verbally told him and his client that the county executive controls the police board, though Dobson has provided no evidence of Page directing the board’s decision or making race an issue. Page appoints the board members, but it’s an independent decision-making body. Page claimed that Doyle was his preferred candidate to succeed retiring Police Chief Jon Belmar, but that the board chose Mary Barton unanimously against his wishes.

Dobson claimed that Page was discouraged from pushing for Doyle as chief after members of the Police Foundation objected to promoting Doyle because he is Black. Doug Albrecht, the Police Foundation board chair, said that the foundation takes no position on personnel matters and that he never spoke to Page about the promotion.

Dobson declined to make public the filing on Doyle’s behalf he said he made to the EEOC. In her letter to Dobson, Orwick pointed out that legally such a filing can not be made public during the review process.

Orwick also pointed out that Dobson broke a professional rule of conduct during the negotiation. Attorneys are required to deal directly with counsel and not communicate with other parties about an ongoing legal matter. Orwick represents county government, but Dobson attempted to settle Doyle’s dispute directly with Winston Calvert, Page’s chief of staff. Calvert shared a voice message that Dobson left for him discussing the settlement offer, so it’s a matter of fact.

“It is our intent to file before the upcoming primary,” Dobson told Calvert.

Last June, the Missouri Supreme Court reprimanded Dobson for breaking this same rule of conduct. In that matter, Dobson represented a medical professor at Washington University who was being disciplined for workplace conduct. Dobson sidestepped university counsel to appeal directly to his client’s supervisor. Dobson was trying to smother any public announcement of the disciplinary action before a national conference which his client planned to attend. “The clock is ticking,” Dobson wrote inappropriately to the supervisor rather than to university counsel.

Dobson applied very similar — and similarly inappropriate — pressure to Page by way of Calvert. In this case, the “clock is ticking,” not towards a medical conference where Dobson’s client could be humiliated, but towards a primary election where his client’s adversary, Page, faces challengers. As Dobson told Calvert, “We are operating within a fairly tight time frame as to when the primary is taking place.”

Orwick called Dobson’s pressure on Page and Calvert “extortion,” particularly given Dobson’s deadline for the settlement being just before the primary election, with a threat of negative publicity that could hurt Page at the polls.

Dobson told The American he was not extorting Page and that giving the deadline before the primary election — on July 24 — was just part of an initial offer.

This much is clear: Page rejected the offer, and Doyle and Dobson delivered negative publicity to Page as promised. The story broke on Friday, July 24, less than two weeks before the primary election.

St. Louis County Prosecutor Wesley Bell told The American that he referred the matter to federal investigators since the county counselor accused Dobson of extortion and Bell’s own office has several conflicts with the case. Federal authorities seldom c