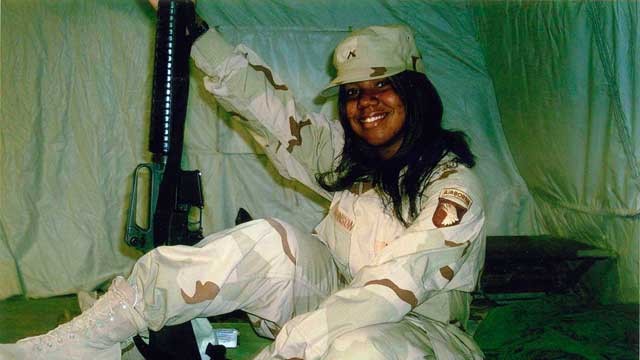 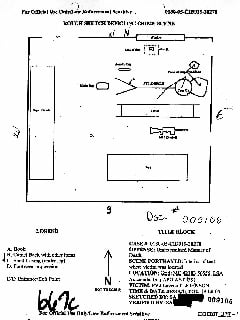 The Army claims the 5’1” African-American soldier from North County died from a self-inflicted gunshot wound with a rifle on July 19, 2005.

Her father, John H. Johnson, Ph.D. of Florissant, said color photos and documents obtained under the Freedom of Information Act from the military suggest otherwise.

“Our worst fears were substantiated when we started going through information from the Army,” Johnson said.

Since his daughter’s death, Johnson has been searching for answers that align with the evidence in the case. Johnson hopes a congressional body can push for answers beyond the official report.

“The House Armed Services Committee is looking into Private Johnson’s case, but no decisions have been made regarding a formal investigation,” said Lara Battles, press secretary for the committee.

Johnson was the first woman soldier from Missouri killed in Iraq. Questions surrounding her death were brought to the attention of U.S. Rep. Ike Skelton during her parents’ visit in April to Washington D.C., to speak with him and other members of Congress. Skelton spoke with the father and mother, Linda Johnson.

Her father, who previously served in the U.S. Army and worked and retired as a civilian personnel specialist for the Army, said efforts to obtain a CD-ROM of color photos taken by Army investigators were unfruitful until U.S. Rep. Wm. Lacy Clay spoke about the case at the Pat Tillman and Jessica Lynch Congressional hearing.

“Clay put them on the spot during the Jessica Lynch hearings, so they sent (the images) to me,” Johnson said, calling the photos “horrible.”

He said the pictures and documents from the incident proved that his daughter had been brutalized - raped, beaten, shot and set on fire.

“Someone poured lye in her vagina to destroy evidence,” her father said. “Her body was dumped in a dirty, filthy contractor’s tent.

“I told my wife I could let it go, but someone would get away with murder and I couldn’t live with myself.”

Photos taken of PFC Johnson where her body was found and at autopsy were examined by the American. Although the body was fully clothed and on its back at the scene, nude images taken at autopsy show burns to the right side of the body and lividity (the pooling of blood inside the body after death) on her left side.

The victim’s nose appeared to be broken and pushed inward to the left side. There was an imprint that appeared to be a bullet lodged in the front of her head above her left eye, on the side of what was described by medical examiners as an exit wound.

A copy of a sketch in an official investigative document her father received from the Army, titled “Rough Sketch Depicting Crime Scene,” raises questions about how Johnson could have shot herself with her own rifle, when, as outlined in the sketch, a cot is located neatly between the body and her weapon.

The written autopsy report by the Army called her death a suicide. Her father had the body exhumed and re-examined in 2007 by Dr. Michael Graham,medical examiner in St. Louis, who said Johnson died of a gunshot wound to the head.

After her death, the Army promoted LaVena Johnson to the rank of Private First Class, and awarded her with a Good Conduct Medal and an Army Commendation Medal.

Johnson picked up quite a few allies in his fight for justice for his daughter, including Army Ret. Col. Ann Wright, who resigned from the U.S. Foreign Service in protest against the Iraq War, several journalists and Veterans for Peace, a national organization headquartered in St. Louis.

Prior to the press conference updating activities surrounding the case, Michael McPhearson, executive director of Veterans for Peace said, “In the military, there is an epidemic of sexual assault not only to women but to men as well.”

He offered a challenge to men.

“In order for us to ensure that our wives, our daughters, our aunts and our women are safe, we have to step up to the plate and hold men accountable in order for this to stop.”

Johnson and his family intend to keep talking about the case and pursuing a thorough investigation until someone is held accountable in the death of his daughter.

In July, Johnson is slated to speak about his daughter’s case at a National Organization for Women conference in Bethesda, Md. as a panelist about rape and violence against women in the military.

MY HEART GOES OUT TO THE FAMILY I HAVE BEEN FOLLOWING THIS CASE. AN YES PLEASE KEEP SEARCHING FOR THE PERSON THAT KILLED THE LOVELY YOUNG LADY. BEHIND THIS I WILL NEVER TRUST THE UNITED STATES MILITARY . AND WILL NEVER ENCOURAGE MY CHILDREN OR ANYONE TO JOIN .

I am so saddened and hurt by what has happend to your daughter. My prayers are with the family. every time I hear of this case, it saddens me as to how our government covers up such crimes to protect their reputation. I too am a vet and experienced a "cover-up" with the death of a friend in the military and saw dirst hand the way things were handled. I believe a may know your sons, Mario and Lavante, which added to the hurt I felt.

I PERSONALLY WOULD LIKE TO COMMEND THE FATHER FOR INVESTGATING THE CASE, IT IS ASHAME OUR YOUNG,OLDER WOMAN HAS TO GO THREW THIS WHILE TRYING TO SERVE OUR COUNTY, MY ADVISE TO YOU DO NOT GIVE UP UNTIL PUNISHMENT IS DONE TO WHOM EVERY FOR THIS, THAT IS VERY SAD, AND ALL PRAYERS WILL REMAIN WITH YOU AND YOUR FAMILY IN THIS INVESTAGATION. MAY GOD KEEP YOU AND PROTECT YOU.