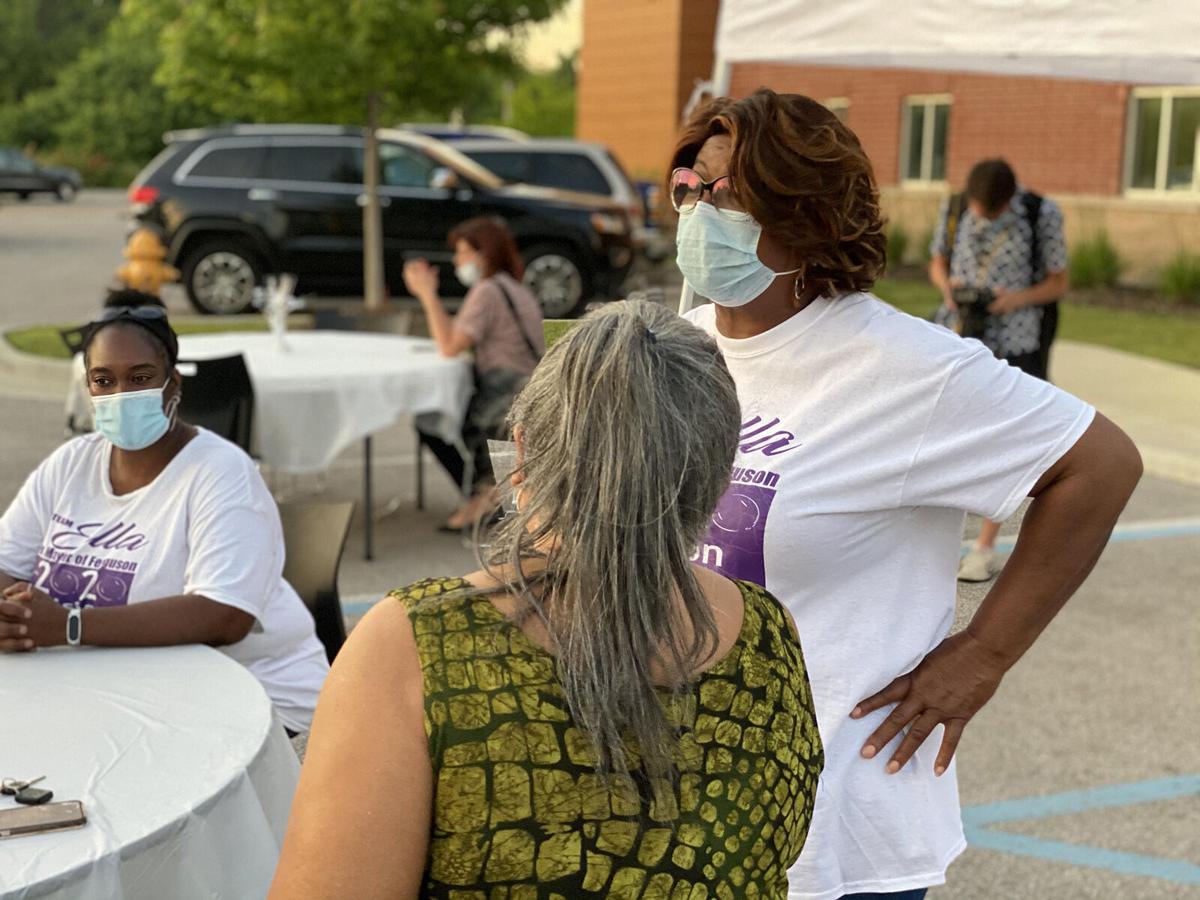 Ella Jones observed public-health precautions while watching election returns during the COVID-19 pandemic on Tuesday, June 2 at the Urban League’s community center in Ferguson. She made history when she became the first African American and first woman elected as mayor of Ferguson. 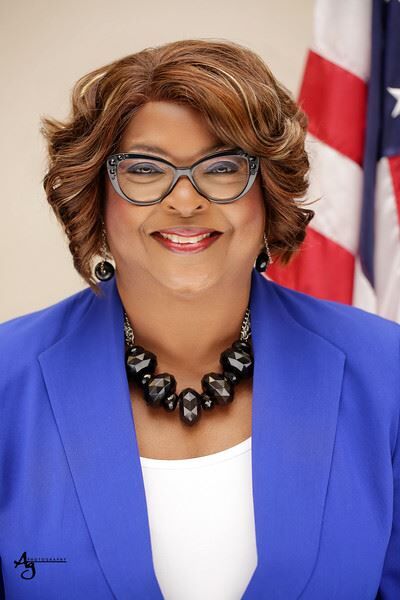 Ella Jones observed public-health precautions while watching election returns during the COVID-19 pandemic on Tuesday, June 2 at the Urban League’s community center in Ferguson. She made history when she became the first African American and first woman elected as mayor of Ferguson.

Ella Jones made history and national news in the Municipal General Election on Tuesday, June 2 when she was elected the first black mayor of Ferguson. She also will be the city’s first woman mayor.

She defeated fellow Ferguson City Council Member Heather Robinett, who was supported by Ferguson Mayor James Knowles III. Knowles could not run for re-election due to term limits.

Knowles defeated Jones in the 2017 mayoral election and has held the office since April 2011. He was mayor during the Ferguson protests of 2014-2015, notoriously watching the early days of protests from his couch. The city became the subjects of months of protests and part of a global conversation on the relationship between African Americans and law enforcement following the Ferguson Police killing of unarmed teen Michael Brown.

Jones, an itinerant elder in the A.M.E. church, won with 52.59% of the vote over Robinett, who received 47.41%. Only 2,790 people cast a vote for mayor. The election was held during both a global pandemic and a new wave of police accountability protests, with Ferguson under both a state of emergency and an 8 p.m.-6 a.m. curfew declared by Knowles. The state of emergency and curfew both remain in effect.

The protests in Ferguson and cities throughout the nation were sparked by the police killing of another unarmed black man – George Floyd in Minneapolis – by white police officers.

Jones’ goal for Ferguson is for everyone to work together.

“In the midst of this COVID-19 pandemic, our restaurants, our businesses were closed, and now they were trying to open up and we have the protests, so it set a lot of businesses back. So, I am just reaching out to various partners to see how we can best help these businesses recover from the protests and open,” Jones told The American.

“We don’t want to lose any of our businesses, because they are the cornerstone of our community, and when we lose one, it just hurts all. My goal is to work, talk to anyone that will listen, to help stabilize these businesses in Ferguson.”

Jones, a chemist, previously worked in the Biochemistry Molecular Biophysics Department at Washington University School of Medicine, at KV Pharmaceutical Company, and as a sales director for Mary Kay cosmetics. She was elected to the City Council after Brown’s police killing in 2014. She was a member of the council that worked with the Department of Justice on a consent decree with the city based on the DOJ’s findings in its 2015 report on Ferguson’s police department and municipal court.

Asked what it means to be the first black woman mayor of Ferguson, Jones told St. Louis Public Radio, “That means I got work to do. Because when you’re the first African-American woman, they require more of you than they require of my counterparts. I know that the people of Ferguson are ready to stabilize their community. And we’re going to work together to get it done.”

New leadership in Berkeley and Pagedale

In Berkeley, longtime Mayor Theodore “Ted” Hoskins was voted out of office and Babatunda Diembo was voted in, winning 41.7% of the vote to Hoskins’ 33.87%. Hoskins, a former state representative, faces felony charges for alleged voting irregularities. A third challenger, Barbara Jean Holmes, received 24.43% of the vote.

Elections in St. Louis County usually held in April were deferred until June 2 because of the COVID-19 pandemic, and turnout was light – at 15.71% according to unofficial election results.

Sisters, we are here to help you change the world

Talk to us – we’re listening