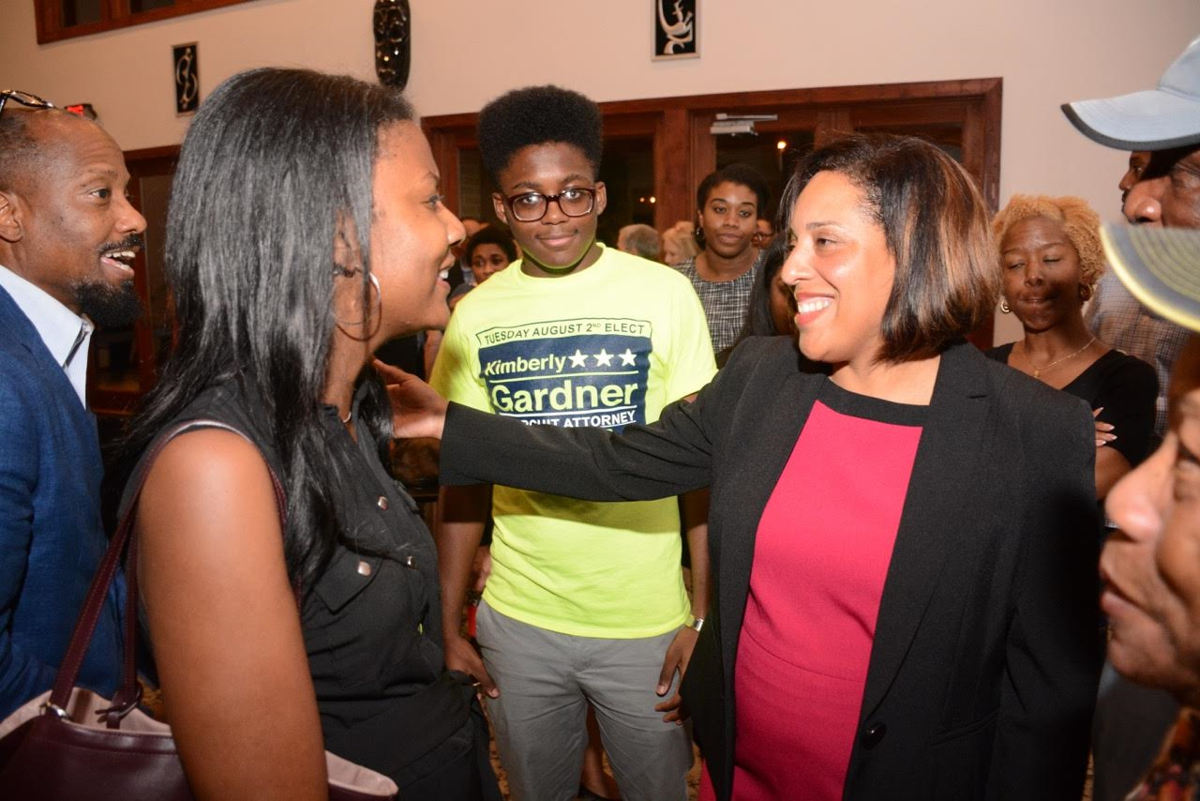 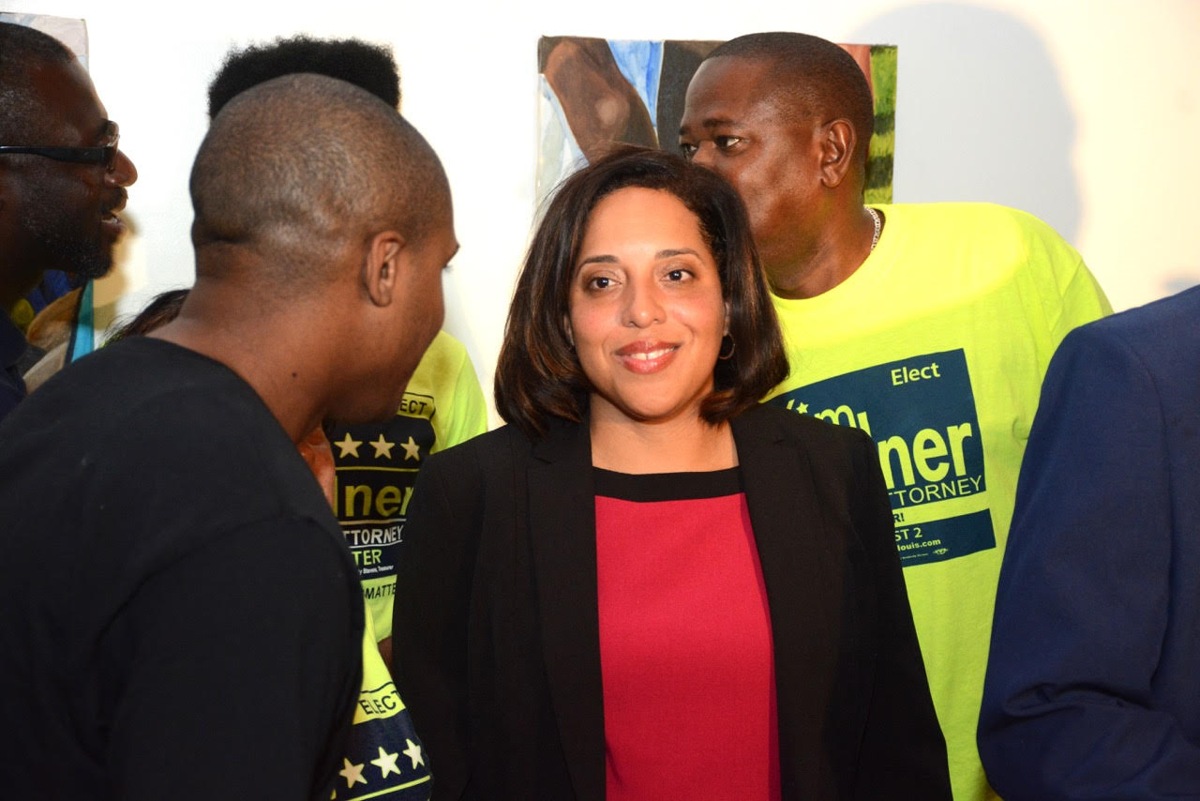 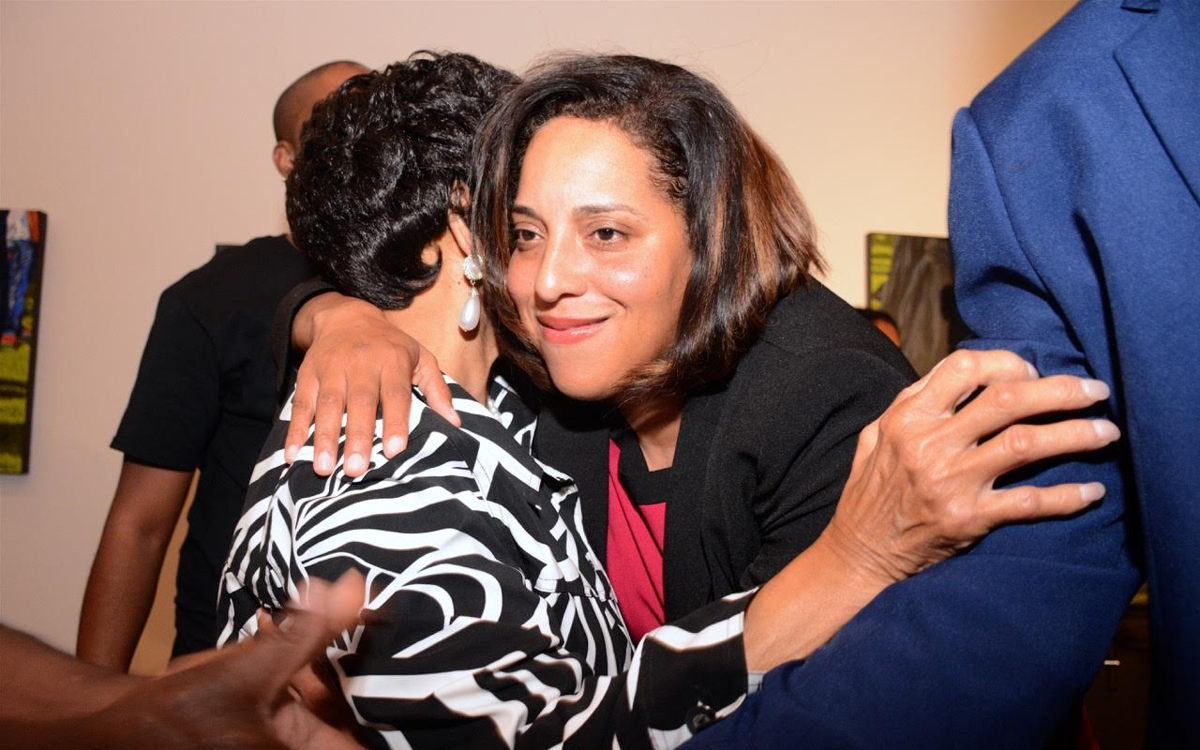 Kimberly Gardner will soon become St. Louis city's first black circuit attorney. With 46.6 percent of the vote, Gardner won handily in the four-way Democratic primary race for circuit attorney, beating her nearest challenger by nearly 10,000 votes, according to unofficial final results. She will run unopposed in the November general election.

Her making history as an African American was not, however, what she emphasized.

"This is about building trust," Gardner said at her watch party, held at the Exodus Gallery, 5075 Delmar Blvd. "This is about doing things differently. This is about working together, all of us.”

Community organizer Kayla Reed, 26, worked on Gardner's campaign in the 22nd Ward with the Organization for Black Struggle. She said Gardner's win means that "St. Louis is at a place where people matter more than campaign contributions."

Gardner won this race without the endorsements from any police union, unlike the two circuit attorneys before her, Reed said.

"She has been endorsed by neighborhood associations, wards and grassroots organizations," Reed said. "It is a testament to people's dedication to pushing for change in the community."

City Treasurer Tishaura O. Jones, who ran unopposed on Tuesday, said she helped Gardner develop a campaign strategy, which closely mirrored her own from her 2012 race. Being a state representative previously elected in the district, as Jones had been, Gardner had a 3,500-vote head start on the other candidates, none of who have been elected, Jones said. In total, Gardner earned 19,560 votes.

"The country is paying a lot of attention to circuit attorney races in light of what's going on with police brutality cases and cases where unarmed citizens are being killed by police," Jones said. "We told Kim that she has to establish trust as a major factor in this race. And she did that."

Gardner also had a bump from mega-donor George Soros, who funded a television ad in July. The ad described her plan to focus on mental health care for non-violent offenders, increase public accountability and crack down on gang violence. Soros' Safety and Justice Committee donated $67,000.

Young activist Nabeehah Azeez, who has a degree in criminal justice and has worked as a corrections and parole officer, said Gardner earned her support because she was looking at the underlying factors that contribute to crime.

"If we don't address drug addiction and mental health issues before we start criminalizing people, we are never going to get to a place where the criminal justice system is beneficial for all communities," Azeez said.

Gardner arrived at the watch party with U.S. Rep. Wm. Lacy Clay, who retained his seat with 60.6 percent of vote against State Sen. Maria Chappelle-Nadal's 27.2 percent.

"I have faith in Kim Gardner," Clay said to the crowd of about 50. "This is the young person we need to change criminal justice in the community."

Gardner said the competition was tough.

”I just put my head down and worked to win this election," Gardner said. "This win is for all of us – north, south, east and west."