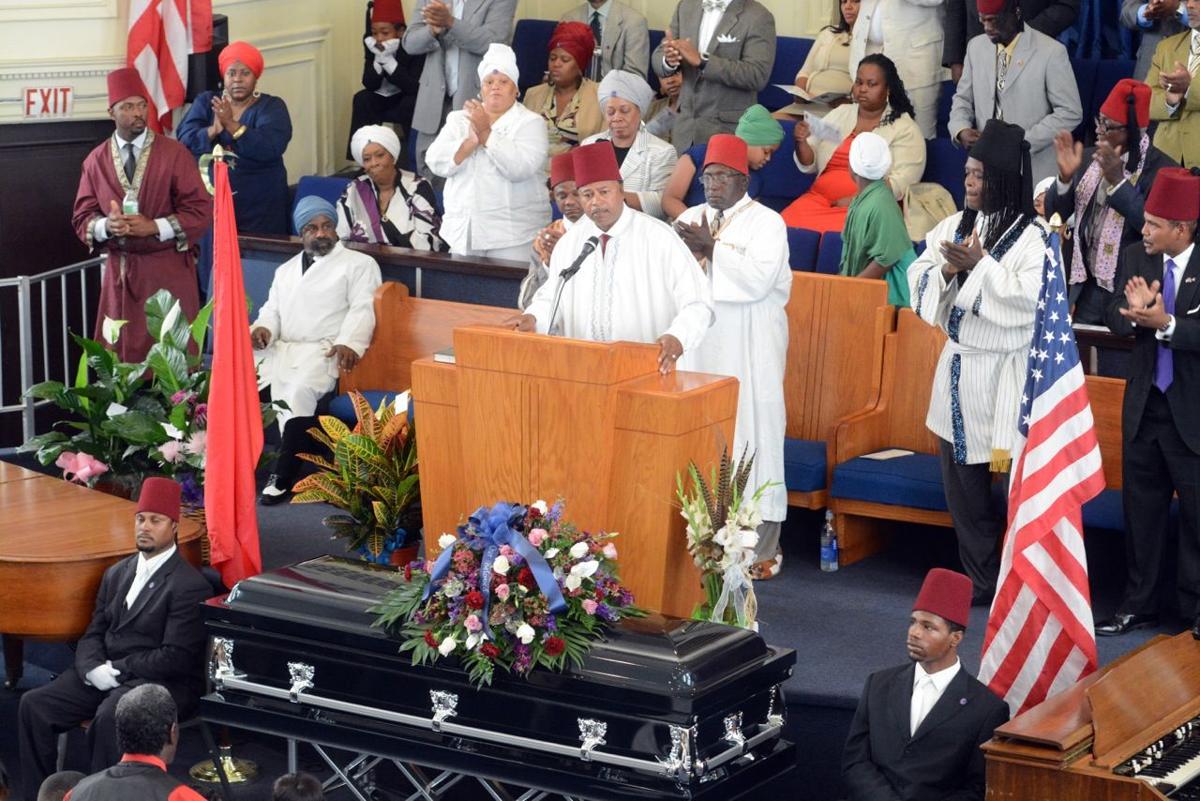 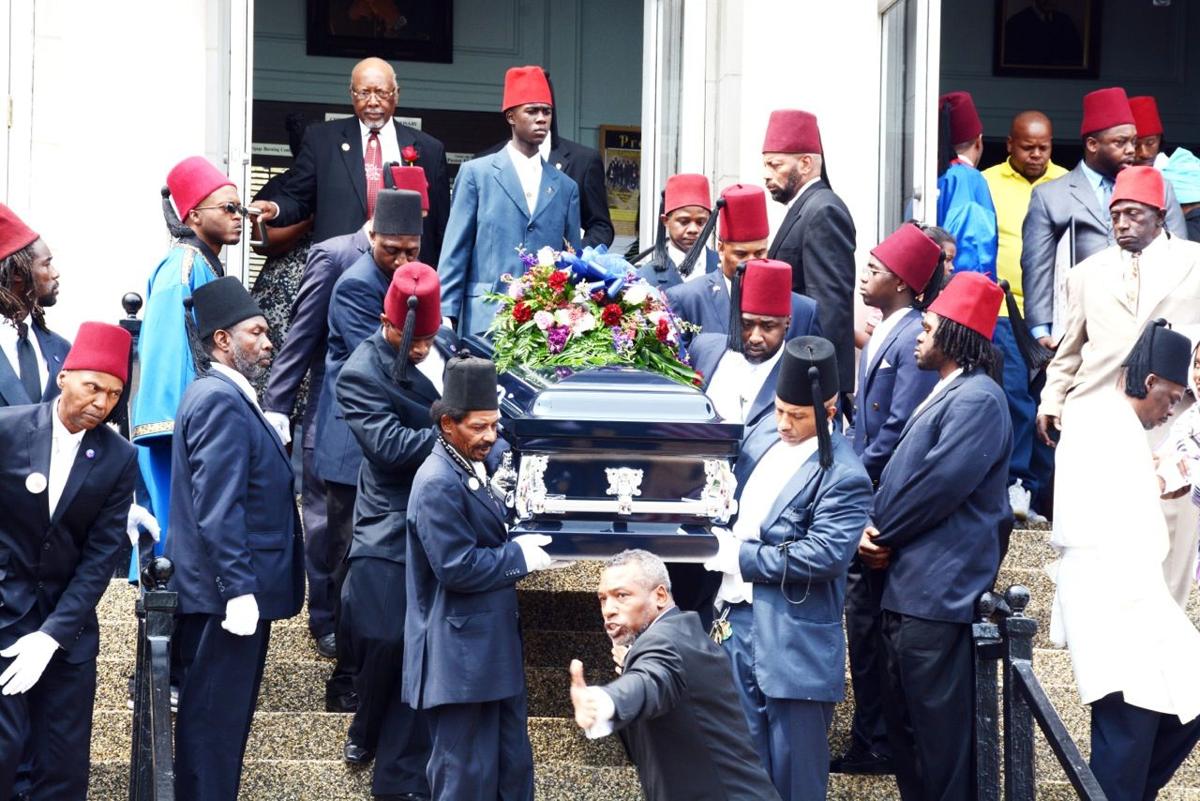 The 18-year-old youth was shot dead on August 19 by St. Louis police in still mysterious circumstances. Police claim he fled a drug house being served a warrant and flashed a gun, but attorneys for the family have witnesses who say he was not in the house or carrying a gun.

Ball-Bey, a graduate of McCluer South-Berkeley in the Ferguson-Florissant School District, had no criminal record. At the time of his death, he was working for FedEx. Family members said Mansur dreamed of opening a family business remodeling houses.

The Ball-Bey family and Mansur himself were members of the Moorish Science Temple of America, an Islamic sect founded nearly a century ago by Noble Drew Ali. The funeral observance was in keeping with Moorish-American traditions and customs.

Solos familiar to church goers were sang. There was a colorful presentation of the American flag and a reading from the Quran. A Moorish-American prayer was offered facing east, and the Moors sang "Marching into Mecca" together.

Brother T. Peek-El described Mansur as having been "an example” to others with a curious mind. “He grew-up in the temple," Peek-El said.

All of the speakers who knew Mansur spoke of him as being a positive young man who was studious.  All who knew Mansur challenged the police narrative of his death as unbelievable.

"He wasn't a thug, a dope dealer,” Grand Sheikh T. Irons-EL of Temple 5 in St. Louis said. “He didn't learn from Lil Wayne.  Mansur sat with scholars, including the likes of Dr. Umar Johnson."

Grand Sheikh C.P. Fuqua-Bey of Detroit said burning and looting wasn't the way to protest the youth’s death since stores are insured. Instead, he urged, Make the call: Don't go to the mall." He said the community must put economic pressure on the system to change it.

Grand Sheikh L. Lee-Bey of Temple 75 in St. Louis knew Mansur well and stated "he was a good little brother."

When a speaker from the Moorish Science Temple stated, "We are taking this matter very serious," the crowd was brought to their feet.

Members from other religious communities spoke in support of the Ball-Bey family. Bishop Danny Coleman,  a longtime friend of the family, was one of a handful of Christians to speak.

Minister Akbar Muhammad of the Nation of Islam stated he had spoken to Minister Louis Farrakhan on the death of Ball-Bey and encouraged Moorish-Americans nationally to unite on this issue.

Attorney Jerryl Christmas said the official story of the St. Louis police is already falling apart and that attorneys for the family will be vigilant in pursuing justice.

The body of Mansur Ball-Bey was taken from the church by white-gloved "muftis" wearing red fez's on their heads. A crowd of Moorish-Americans, mourners in dark suits and young people wearing "I Am Mansur Ball-Bey" T-shirts then made its way in procession to Laurel Hill Memorial Gardens Cemetery, where the youth was laid to rest.

Onece again what are we prepared to do

So much for leveling the medical playing field

Serena Williams: My heroes are mothers